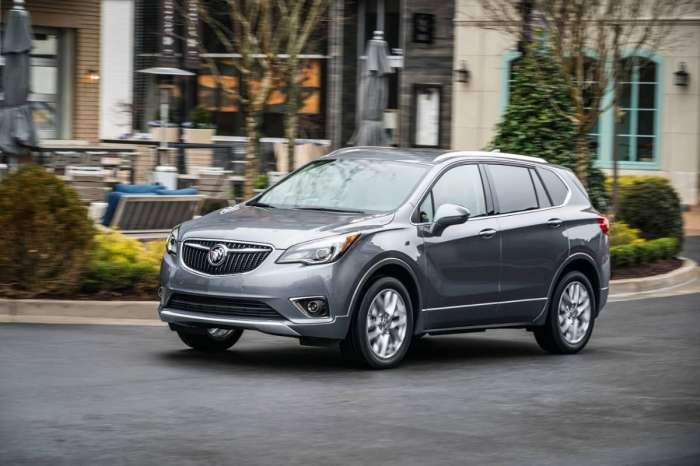 As the family car turns into the family crossover, the trend is clear - U.S. automakers want to import these vehicles rather than build them in America.
Advertisement

As Chevrolet kills off its Cruze, Malibu and other sedans, Ford sunsets its Focus and Fusion, Dodge its Dart, and Chrysler its 200 sedan, one trend is becoming perfectly clear. American brands are building the new family car replacements anywhere but inside of the United States.

Chevy’s three newest crossovers are all built outside of America. The Trax and Trailblazer are overseas imports from South Korea and other locations, and the Chevy Blazer is made in Mexico. The Chevrolet Equinox was made in Canada, but that work was shifted to Mexico. The GMC Terrain is a near clone of the Equinox and it too has moved to Mexico.

Chevy isn’t the only GM brand shifting its high-volume family vehicles out of the United States. Buick is the leader among GM brands in terms of imports. Its Encore, Encore GX, and Envision are all imported from overseas. China in the case of the Envision. Buick’s new wagon, that it markets as a crossover, is also imported. In its case, from Germany. Buick also has multiple car models it now imports. Only one of its high-volume vehicles is now built in the U.S. 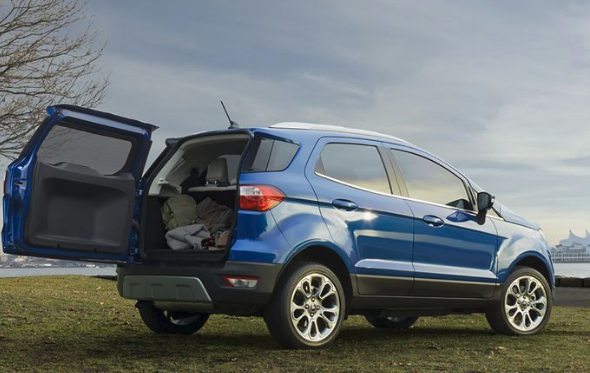 Ford’s newest crossover is the EcoSport. Ford opted to build it in India rather than in America. The EcoSport replaces the Focus, one of Ford’s highest-volume family cars. Ford’s Edge two-row crossover isn’t a new model, but it is built in Canada just miles from the U.S. border.

At Fiat Chrysler Automobile America (FCA) all of the newest family crossovers are imported. Jeep’s Renegade is made in Italy alongside Fiat’s 500X. The new generation Jeep Compass is made in Mexico. It used to be made in Illinois.

The U.S. brands are not the only ones that are importing popular crossovers to the United States. Honda’s HR-V, Toyota’s top-selling RAV4, Nissan’s Kicks, Hyundai’s Kona, Subaru’s Forester, and all of Mazda’s and Mitsubishi’s family crossovers are imported.

To their credit, Toyota, Honda, and Nissan have massive in-sourcing production of crossovers and cars inside of the United States employing hundreds of thousands of American workers directly, and many more Americans indirectly. Mazda is also working on a huge American plant in a joint venture with Toyota in which it plans to build a crossover it will sell in America.

All of these brands still build all of their U.S.-market pickup trucks in North America, primarily inside of the United States, due to the 55-year old import duty of 25% proposed by President Kennedy and implemented by President Johnson. That tariff is included in Proclamation 3564. Every American President, both Republican and Democrat, since has kept that tariff in place since 1964. Crossovers are not included in the proclamation. They were not yet invented.

James Myers wrote on June 10, 2019 - 8:22pm Permalink
If Greedy Motors had its' way, all of their Junk would be built in China. I was glad to see the backlash regarding Barra's announcement at Thanksgiving I might add, closing Five North American Plants. Moreover, I was happy that the Canadian's called her out for the Scumbag she really personifies.
JOHN W. SIEREN wrote on October 8, 2019 - 4:38am Permalink
iI TRY NOT TO BUY ANYTHING FROM CHINA, THEIR STUFF IS CHEAP, FALLS APPART AND SINCE I VOTED FOR PRESIDENT TRUMP, I SEE AND AGREE, HIS MOTO, BUE AMERICAN, HIRE AMERICAN. MY CAR I BOUGHT WAS BUILT IN ALABAMA, VIN BEGAN WITH 5, A HYUNDAI, BOUGHT IT 5 YEARS AGO FOR MY WIFE' S EARLY GIFT ,MODEL 2015. HAD IT 5 YEARS THIS DECEMBER 2019, GREAT CAR. ZERO PROBLEMS, GREAT DEALER.. MEXICO STUFF IS JUNK, BOUGHT A PT CRUISER, 2010, HAD ALL SORT OF COSMETIC AND MECHANICAL PROBLEMS..GO TRUMP, 2020,OUT THE DEMORATS AND RENOS, AND ROMNEY FROM UTAH,.. JOHN IN CA, A NEW INDEPENDENT.