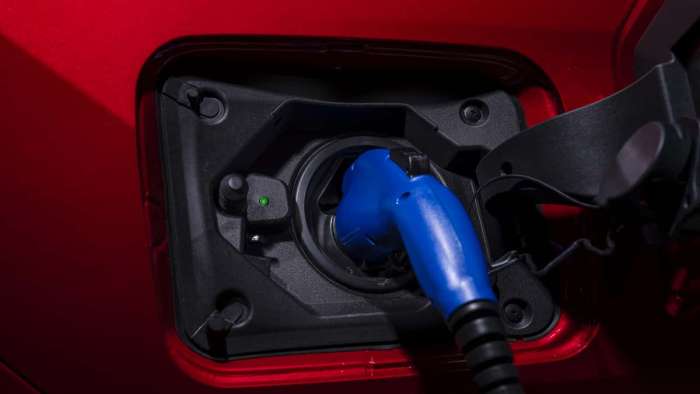 The all-new 2021 Toyota RAV4 Prime plug-in hybrid electric vehicle arrives this summer. Here are three of the main challenges it will help those who want a green crossover overcome.
Advertisement

The all-new 2021 Toyota RAV4 Prime plug-in hybrid electric vehicle (PHEV) arrives in just a handful of weeks. This new crossover will be a big hit if the success of the RAV4 Hybrid is any indicator. When it arrives, the 2021 RAV4 Prime will continue the legacy of electrified RAV4s Toyota began in 1997 when it introduced the first battery-electric RAV4 to the world. The 2021 RAV4 Prime is Toyota's third-generation electrified RAV4. 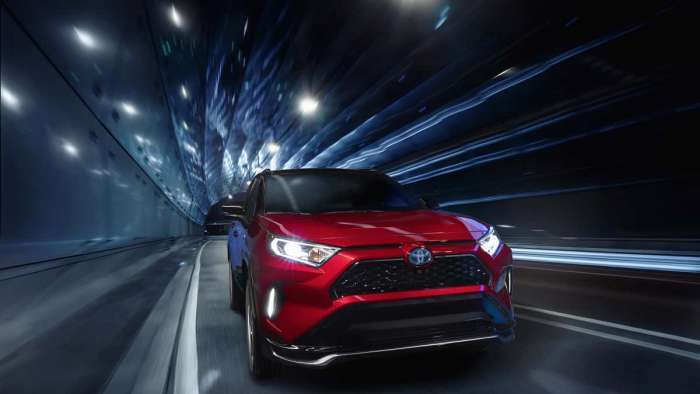 EV Challenge - RAV4 Prime Zero Emissions All-Electric Commuting And Daily Driving
Toyota estimates that the 2021 RAV4 Prime's all-electric range will be set at 42 Miles. That means that the RAV4 Prime can easily handle the average American's round-trip commute without needing to recharge. By charging at home, as most EV owners do, the RAV4 Prime will be ready each morning to bring its owner to the workplace without the need for any gasoline.

However, with 42 Miles of range, the Toyota RAV4 Prime goes well beyond the ability for the average American to get back and forth to work with no tailpipe emissions. MYEV recently posted a spotlight on EV range. In the story, this EV-advocacy publication points out that the average American's total daily driving miles are 40 miles. That means that the RAV4 Prime goes beyond just being able to get the average vehicle owner to and from work without using any gas. It can actually handle the full day of driving including after-work errands without using gas. Toyota's 42-mile range seems like the perfect range/cost selection by designers.

We've driven the Mitsubishi Outlander PHEV crossover, and we liked it a lot. However, its range is really only about half that of the Toyota RAV4 Prime. 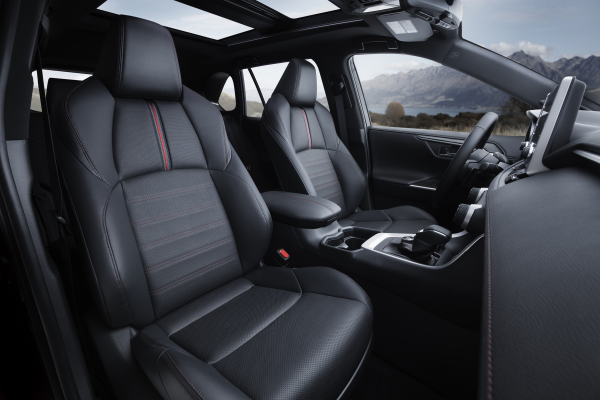 EV Challenge - New Vehicle Cost and Cost Of Ownership
One challenge that electric vehicle shoppers face is affordability. Because battery technology is still evolving, EVs tend to have a higher cost to produce than comparable gasoline-powered green vehicles. Tesla has struggled to be profitable because of this. Tesla lost nearly a billion dollars in 2019. The added cost to the consumer is managed in a number of ways, with the intention of helping electric vehicle shoppers get over the initial high purchase price. The even better news is that EVs have lower operating costs and lower costs per mile for fuel than conventional vehicles their same size.

Toyota's RAV4 Prime still qualifies for the full $7,500 federal tax credit. In EV states with purchase price caps, for example Massachusetts, the RAV4 Prime's low under-$40K purchase price means that rebates do apply. We recently compared the Toyota RAV4 Prime's cost to a consumer in Massachusetts to the Tesla Model Y, a crossover with very similar capacities and size. The result was that the RAV4 Prime from Toyota could have a cost to the consumer of about half that of the Tesla Model Y. Our estimate is that buyers of the base model RAV4 Prime will have an initial cost after incentives about $30K and those who opt for the top trim about $34K. The least expensive Tesla Model Y now costs shoppers a whopping $54,100. Tesla has hinted at a lower cost Model Y in the future. If Tesla does come through on that promise we will jump at the chance to review it. However, or experience covering "low-cost" Tesla models is that they arrive late and are made in very limited volumes. Tesla even hides them from shoppers using its website and forces them to come to a Tesla "dealership" to discuss the purchase with a sales associate. We did that once. The sales associate at Tesla's Dedham store which serves seven states told us they had never seen the low priced trim being reported by media.

Toyota's RAV4 Prime will also have a lower maintenance cost than conventional crossovers. To begin with, Toyota includes the cost of maintenance and roadside assistance for two years. That sets Toyota apart from automakers like Tesla, Mitsubishi, Nissan, and GM. Although the RAV4 Prime does have a gasoline engine to supplement its electric motors, the engine does not use a costly timing belt that needs changing. Like the Prius, it was designed to have low operating costs. Torque News estimates that the total cost of maintenance for the first four years of ownership of the RAV4 Prime will be lower than every current competitor.

Energy costs will also be very low for the RAV4 Prime. With an expected combined rating of 94 MPGe from the EPA, RAV4 Prime owners can expect to have energy costs very similar to those that battery-electric vehicles have. Our estimate is that RAV4 Prime owners will have an energy cost ranging from about four to six cents per mile using today's cost for fuels.

EV Challenge - Real World Usefulness
Some buyers who would otherwise own an electric vehicle feel that the offerings do not fit all of their needs. Until recently, there were no affordable green crossover utility vehicles. With nearly 70 cubic feet of available cargo space, the RAV4 Prime is a very useful utility vehicle. It can pack in a semester's needs of a college student headed to move-in day.

Expanding on that theme a bit, some who would like to own an EV don't want to have to deal with charging an EV in difficult scenarios. The college move-in and move-out days are a perfect example. If you haven't done it, it is always hectic. All of the students and parents converge at once, and parking is a challenge with so many vehicles jamming the campus. Imagine you now have to go find an available EV charger. Get in line!

With an expected total range of well over 500 miles, the RAV4 Prime will be one of the longest-range green vehicles for sale in America. And that range will be easily expandable to nearly 1000 miles with a quick five-minute stop at any fuel station in America. When operated as a gasoline hybrid, the Toyota RAV4 Prime is about 35% more fuel-efficient than the leading conventionally-powered crossover its size. The RAV4 Prime is a green vehicle in every possible scenario.

Another reality for many electric vehicle shoppers is the need for affordable all-wheel drive. The Toyota RAV4 Prime has all-wheel drive. On every single trim. And we have tested the AWD system Toyota plans to use. It is similar to the RAV4 hybrid's AWD system and it works perfectly in all weather conditions. The RAV4 Prime will make a great winter vehicle and will also be able to navigate muddy boat ramp access roads when an owner wants to put in a kayak or paddleboard.

Toyota is a leader in reliability and safety across its model lineup. The all-new 2021Toyota RAV4 Prime will be no exception. What is unusual is the number of problems this vehicle solves for those who want an electric vehicle, but don't want to pay luxury-vehicle prices or deal with any real-world compromises.

spriss wrote on June 8, 2020 - 4:11pm Permalink
When operating in full hybrid mode (no battery charges) what MPG can be expected? Not the combined rating of 94 MPGe, but the actual MPG when on a long trip in hybrid mode? Thanks!
John Goreham wrote on June 8, 2020 - 6:26pm Permalink
An excellent question. Based on the performance of the RAV4 Hybrid, we estimate 40 MPG in hybrid mode. Full EPA numbers should be released shortly and that will be one of the specs we are watching to confirm.
Art e k wrote on June 9, 2020 - 12:01am Permalink
John your welcome to take mine for a spin when I get it in august. Give my wife an e-mail.
John B wrote on June 11, 2020 - 1:47pm Permalink
Hi, I've read a lot about RAV4 prime but have yet to see it's towing capacity. Any info?