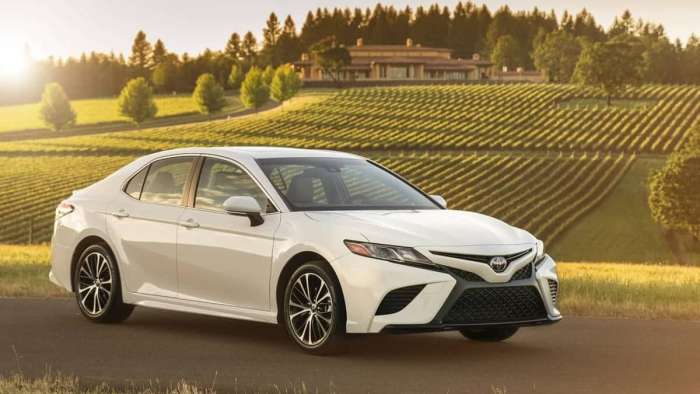 Toyota follows the topics at Torque News and one recently caught their eye. Our report on the massive fuel pump recall affecting nearly all Toyota and Lexus models. In our report, we repeated the information that we had found on a Toyota media page, which is now changed. Toyota does have a fix for the fuel pump recall.

UPDATED! See the New Update To This Recall Including Some Solutions.

Read The Original Story Here: Toyota's Latest Massive Fuel Pump Recall Would Not Have Happened Were Its Cars Electric

Check Your Vehicle For the Recall Here
If you want to check your specific vehicle to see if it is included in the recall, simply input your vehicle identification number (VIN) here. Toyota will reach out to you by snail mail to alert you if they can find you. That is all automakers are required to do by law. Toyota says that some owners won't be notified until as late as May. Why wait? This is a problem Toyota says can, "...result in a vehicle stall, and the vehicle may be unable to be restarted. If a vehicle stall occurs while driving at higher speeds, this could increase the risk of a crash."

Toyota Ful Pump Recall Update and Fix
The new update is that Toyota has a fix for the problem. It's not going to be easy for Toyota or customers. This isn't just a software update or simple adjustment like many recalls. Rather, Toyota says, "For all involved vehicles, Toyota and Lexus dealers will replace the involved fuel pump with an improved one..." That sounds simple, but the fuel pump in your Toyota or Lexus lives inside your gas tank. To get at it, the mechanic may be in for a half-day's work. We checked out YourMechanic.com and found that a fuel pump replacement can take as long as four hours. So, you are not going to be waiting for this job to be completed.

Related Story: Will This Defect Impact Your Toyota's Resale Value? Experts Weigh In

Will Toyota Provide You With A Loaner Vehicle?
Toyota's update on the fuel pump recall did not mention if owners would be provided a loaner vehicle while theirs in service. We suggest phoning your Toyota or Lexus dealer to ask if a loaner will be made available.

Will This Recall Cost The Owner Money?
Other than your lost time bringing the vehicle in for the recall and then returning to pick the vehicle up again, there will be no cost to owners for this recall.

Have you had your Toyota or Lexus in for this recall? If so, tell us in the comments below how long the total job took. Your experience may help a fellow owner plan ahead.

Tsingshan's Threat to Tesla: EV Maker Is In Battery Crosshairs
Tesla-Funded Research Reveals One of The Biggest Mysteries of EV Battery
END_OF_DOCUMENT_TOKEN_TO_BE_REPLACED