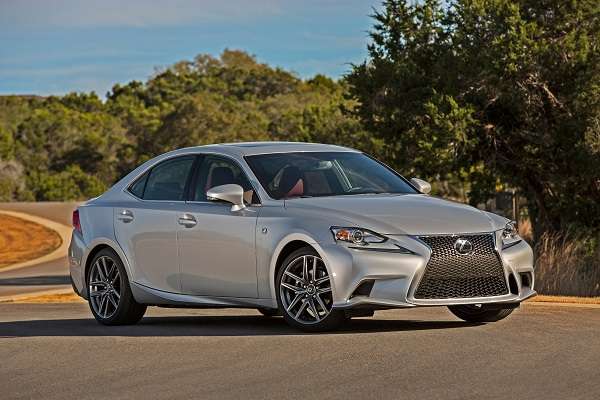 Like almost all manufacturers Toyota's sales are strong. However, looking deep we can see that some models are doing amazingly well, and some others are actually behind last year. We break it down.
Advertisement

Like all manufacturers, Toyota is having the best year in a long time. Toyota says its sales are the best in 5 years, so that means since 2008 when it all went bad. However, unlike all but a handful of manufacturers, Toyota was doing great just before the economic collapse. That makes its strong current sales even more impressive.

According to its press release and conference call on the subject today, August 2013 was about 22% better than August 2012. Overall, for the current year compared to last Toyota is up about 18% in terms of unit sales. What the press release does not say, and what you won’t read in almost all of the reports about Toyota written today, is that the devil is in the details. Some parts of Toyota’s business are doing fantastic. However some parts are actually declining in sales. Let’s break it down.

Where Toyota Is Strong
Let’s start with Lexus. The RX is going well for Toyota. Luxury crossovers are all doing well though. Where Lexus is absolutely killing it is in the ES, up about 55% over last year, and the new IS, up 80%. The new IS sold 4,432 units in August. That was the transition month from old to new and Lexus absolutely made the most of it. We will be following the new IS closely, so watch for updates.

Toyota continues to be extremely strong in trucks. The Tacoma and Tundra are up about 13% this year over last. August was great for Toyota trucks, up about 20%. Toyota is also strong in all things trucky. The Land Cruiser, FJ Cruiser, 4Runner, Sequoia are all up. The RAV 4 is simply running away with its market. Its month to month comparison is up 33%. For the year the RAV 4 is up about 20%. In the first 7 months of this year the RAV 4 sold as many units as it had in all of 2011. Credit the new design.

Toyota is also strong with the Avalon, Corolla, Prius and Camry. With Corolla about to be an all new model that will surely continue. The Avalon is a smash hit.

Where Toyota Is Weak
Scion is not doing what Toyota had hoped. Every model is down for the year (except FR-S, which did not have a full year last year). The iQ is almost dead, selling just 3,000 unit this year, half of last year. Yaris is also down this year, so it isn’t Toyota models hurting that micro car. FR-S sales are up over last year, but have leveled off at under 2,000 units per month. The darling of the automotive press is now just another low volume car at Toyota. Now the decision to partner with Subaru (of which Toyota is one of the largest shareholders) on that model seems very wise.

Toyota sales reports are difficult to read in some ways because the numbers are so big. In this current “rising tides lift all boats” environment it is easy to get starry-eyed when the news comes out about sales being up, but Toyota is as strong as it has been in history.