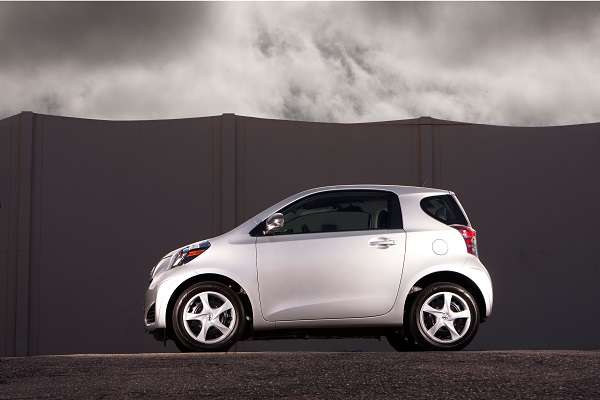 Is Toyota quitting on Scion

The rumor mill has started to hum about Toyota considering changes to Scion.
Advertisement

The new rumor about Toyota is that it may be considering a change to the Scion brand. Automotive News reported August 19th that officials at Toyota have told dealers that if they want to drop the Scion part of their dealership there would be no repercussions. This is akin to saying to the dealers that they can dump Scion without risking any backlash to their much more important Toyota relationship.

Although Toyota is very unlikely to come out with a press release saying it isn’t interested in a brand it has worked for 11 years to build, the truth is that Scion is not working according to plan. The original idea was that Scion would have its own products that would be geared towards young buyers. The buyers would be attracted to the super-cool new Scions more than they would the frumpy Corollas and Yaris entry level Toyotas. That has not been the case however, as the Corolla sells in the neighborhood of 360,000 units annually and the similar sized, but supposedly cooler, Scion Tc sells about 20,000 units per year. Most car enthusiasts, young, old or otherwise could not tell you what a Scion iQ or Xd looks like (which is the picture above of?). They barely sell. Scion’s total annual sales are down to about 80,000 units in a year that the overall industry is growing like never before. July’s sales vs. last July were down 13%.

Young buyers may also not like the idea of having to shop in the little dedicated Scion areas of Toyota dealerships. It is like being assigned to the kids table at Thanksgiving after coming home from college.

Scion’s new FR-S is a success, at least to the enthusiast press and folks who want to think about buying a fun, rear-drive, inexpensive sports car. However, Toyota splits the sales with Subaru since the car was co-developed with Subaru, and it sells in the range of 20,000 units per year now that it has settled in the market. That is about the same volume as the Tc, which nobody ever talks about. The FR-S does not really fit the Scion model either, since they cost about $30K. That is more than 50% higher than a typical first new car costs. There is little doubt it would do just as well, or better as a Toyota model.

Scion is still a decent sized car company, but all of its models (except FR-S) are inexpensive, which means that they have little profit per unit. Unlike a Range Rover, or a Lexus model, there is not much profit to be wrung from a low-volume car costing under $20K.

If blame is to be placed on the lack of success at Scion it would have to be at the foot of the designs. Goofball micro cars and square micro vans are not cool. Hyundai’s Veloster, Nissan’s Juke, and the Mazda 3 are cool. Those are what young automotive buyers are aspiring to as first cars.