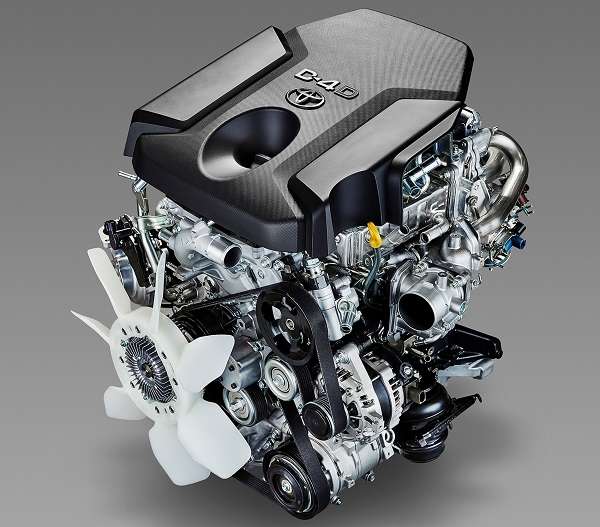 Is Toyota Rethinking a Diesel Tacoma Pickup for U.S. Market?

Two years ago, Tacoma’s chief engineer was against a diesel truck. Here’s what he says now after Colorado and Canyon’s success.
Advertisement

Two years ago Toyota’s chief engineer for the Tacoma, Mike Sweers, explained to the press why there was no Tacoma diesel pickup truck coming to market. Sweers’ opinion and statement of fact centered around the return on investment. However, the profitability of a given drivetrain is only part of the consideration automakers give to adding a new trim or powertrain.

Take Chevrolet and GMC for instance. The Colorado and Canyon are selling briskly, and GM has done all it can to boost production to keep up with the customer demand. GM could easily have sold out every truck it could make in record time over the past year without its 2.8-liter turbo-diesel Duramax engine offering. GM told Torque News shortly after the engine was introduced that between five and ten percent of the trucks it planned to build would be equipped with the Duramax, and indeed, backed that up with a breakdown for us that showed it was the case.

The thousand or so Duramax engines GM imports from Thailand and installs in its midsize pickups each month are not bringing much profit to GM even with their nearly $4,000 cost premium over the 3.6-Liter gasoline V6. However, visit any GM forum, and the fans are crazy about the diesel engines. They love them. No topic gets higher rates of commentary at GM-Trucks.com than does the subject of diesel-equipped truck models.

Toyota’s return on investment case for bringing a new engine offering to a product line that it already cannot meet demand for is cut and dried. Toyota won’t make any money on a Tacoma diesel. Or more accurately, no more money than the company already makes on the Tacomas it produces 24 hours per day at full factory capacity. However, is Toyota missing out on valuable fan loyalty and the opportunity to fill a need many say they have for this type of engine? (More On Page 2)

Is that need even valid? We broke down the costs per mile for fuel in great detail and the case for diesel as a money-saving engine compared to the gasoline V6 is pretty thin. Likewise, we compared the towing capacity of the Tacoma vs. the diesel Canyon and Colorado. Yes, the diesel engine helps enable the GM trucks to have a higher towing capacity than the Tacoma, but is it something Toyota owners and buyers want? Surveys of actual buyers say no. Another consideration is that the Tacoma can already tow a race car on a trailer, a huge boat, four ATVs on a trailer, a snowmobile trailer, or pretty much any landscape trailer short of one with a D4 dozer on the back. Torque News even went to far as to hook up a horse trailer and report on how the Tacoma handles a towing task at its 6,400 pound limit. So should Toyota bother with a diesel Tacoma?

We are fortunate to have a great team of contacts at Toyota. Yesterday, our contact put us in touch with Mike Sweers via an e-mail chain and we asked simply, was Toyota reconsidering bringing a Tacoma diesel to market in the U.S. The answer was, “We are always looking to improve our powertrain offerings at Toyota. Unfortunately, we do not talk about future developments and/or offerings.”

Given Mr. Sweers prior detailed comments about future powertrain offerings for the Tacoma, and his detailed explanation why the company would not offer diesel, we can draw two conclusions from this new statement. First, Mike Sweers is human and may be tired of answering the same question year after year. Or Second, Mike Sweers is coming around on a diesel Tacoma.

Related Story: How many more Tacomas could Toyota sell if it offered a diesel?

bob day wrote on December 15, 2016 - 11:33am Permalink
We want a Tacoma 4x4 4 Door with a Diesel Make is and it will sell! Make our diesel lovers Happy!
Sam wrote on December 16, 2016 - 10:52am Permalink
You mention in the article that the Tacoma tow capacity is 5000 lbs. I believe it's closer to 6,500.
John Goreham wrote on December 17, 2016 - 9:58am Permalink
Good catch Sam! Thank you. I will edit the story.
lad wrote on December 17, 2016 - 10:50am Permalink
Yes it is 6500 lb tow capacity with the factory tow package, but 5000 with out.
Lad Kraemer wrote on December 16, 2016 - 12:31pm Permalink
Toyota should put the composite bed on it's Tundra and show how it holds up to the Ford and GM trucks when they dump the bricks and a diesel for it too.
VinceD wrote on January 8, 2017 - 1:31pm Permalink
I'm not the smartest person, but something isn't adding up. Toyota says they didn't/don't want to make a diesel because there is no return on investment. I don't see how as I know I would gladly pay more for the diesel upgrade. However, as you alluded to, one of the biggest reason I would want to do it is for the gas mileage. My buddy has the new Colorado diesel and he's getting 550 miles to a tank. I have a 2016 Tacoma with the new Atkinson engine and I can get 415-450 (compared to my 2012 that only got 330-340 at best). If Tacoma had a diesel and it was comparable in gas mileage to the Colorado, at least in my example, then it would be worth it. I'm sure there are other reasons to consider, but.....what say everyone else? Am I missing something?
bob day wrote on January 9, 2017 - 8:55am Permalink
My trusty 2005 4 door with 3 inch suspension lift and 33 inch tires only gets 11 to 12 mpg on the highway running 70-80 mph. Towing my Honda Pioneer 1000 on a 6 x 12 trailer at oonly 65 mph was 6-7 mpg. The diesel would beat the hell out of these figures and I will be buying one as soon as announced.
Gay Car Nut wrote on September 2, 2017 - 7:17pm Permalink
The last time I remember Toyota offering a diesel powered truck for the USA market was back in the early to mid 80s. Sadly that didn't remain on the market for very long. I hope this time Toyota offers an updated diesel engine, whether it's a 2.5 litre turbo diesel for the Tacoma, or a 4.0 litre turbo diesel for the Tundra. I hope both are offered for North American buyers
Dave wrote on October 16, 2019 - 1:42pm Permalink
I cannot believe a poll taken would say that buyers do not want a Tacoma Diesel, nonsense. Build it we will buy it. I am ready to buy now. Those guys in Texas that are converting Tacomas to diesel are doing a huge business, Toyota take note!! Toyota has the necessary 2.8L smog legal engine already, just do it!!!!
Car Nut Tacoma wrote on October 17, 2019 - 9:43pm Permalink
I agree. Whoever said that is either bullshitting us, or they don't know what they're talking about. I'd buy a Turbo Diesel powered Tundra if it were available for North American use. Emissions be damned, it's what people want that should matter.
Dave wrote on November 3, 2019 - 5:49pm Permalink
The proof is in the Colorado/Canyon 2.8L diesel demand, they cannot keep them on the lots long enough to look at or test drive. Fast seller. Reliability, not so sure. That is why we need Tacoma/Tundra Diesel soon. Dont' want to stoop to buying a gm product if I don't have to.
Car Nut Tacoma wrote on November 4, 2019 - 9:14pm Permalink
I have to respectfully disagree. However well-built an engine may be, it doesn't do any good if there aren't places around the USA, Canada, or Mexico, to service them to keep them running properly. I'd buy a D4D powered Toyota Tacoma, or even a Tundra, if it were sold here in the USA.
Tim McCormack wrote on January 7, 2020 - 9:37am Permalink
I will tell everyone from my personal experience. I have driven several D4D equipped Hilux and fortuners in central America. Not only are the powertrains far more superior with tons of torque & fantastic drivability, but the fuel economy is out of this world compared to a gasoline model ! Diesel Tacoma's would dominate the north American mid size truck market quickly !
Car Nut Tacoma wrote on January 7, 2020 - 9:47pm Permalink
I agree. I'd buy a Tacoma if it could be had with a turbo diesel engine. I've never driven a diesel powered Toyota, but I would if I could order one with a D4D, whatever the displacement.
Car Nut Tacoma wrote on January 14, 2020 - 7:57pm Permalink
What needs to happen is not only should there be Toyota turbo diesel engine options, but there also needs a really good service network. What good is offering a good quality diesel engine if you don't have places to take the truck for maintenance?