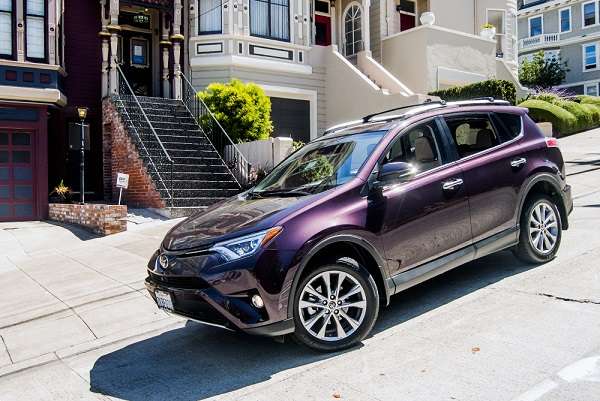 The Toyota Camry topped the Honda Accord with sales of 388,618 units to 345,225. Both the Camry and Accord lost ground in 2016 compared to the prior year as families shift their preferences to family crossovers over midsize sedans.

In compact car sales, Honda groups its Civic cars together as a family, including hatchbacks, coupes, and sedans into one category. Toyota has followed this lead and now groups its Corolla iM in with the Corolla Sedan. Total Corollas outsold total Civics by 378,210 to 366,927. Compact sedan sales were up for both companies.

Toyota's Highlander was up sharply this year to a total of 191,379 units sold. Honda's Pilot, a newer design, trailed with sales of 120,722 in a sales decline of 11%. Three-row crossovers are becoming more competitive with Nissan and GM working hard to grow sales going forward.

The Toyota Sienna outsold the Honda Odyssey minivan with sales of 127,791 to 120,846. Both companies saw declines in sales as customers opted for other vehicles including crossovers. Honda is slated to reveal its new Odyssey design in one week. Torque News is wondering if Honda will opt to add AWD, something Toyota alone presently offers in a minivan.

The Honda CR-V and Toyota RAV4 ran neck and neck with each holding the sales lead in various months this year. In the end, the CR-V topped the RAV4 with sales of 357,355 vs. 352,154. Both companies saw increases in sales in this important segment. Honda has just released a new CR-V and Toyota's RAV4 is looking somewhat long in the tooth. However, Toyota's RAV4 Hybrid saw sales of 45,000 units in a partial year of sales. It should be noted that the new CR-V closes the gap on fuel economy with the RAV4 Hybrid, so it will be interesting to see how that race develops in 2017.

Honda claims that it sells "More vehicles to retail customers" in some of these segments than does Toyota. It does not say by how much, or how it is certain of that claim. Honda also leaves out the 184,442 Prius and Avalon cars Toyota sells to families when it makes claim to being the top seller to individuals. The Prius resides in the same EPA class as the Accord and Camry. The Avalon sedan is one class-size larger.