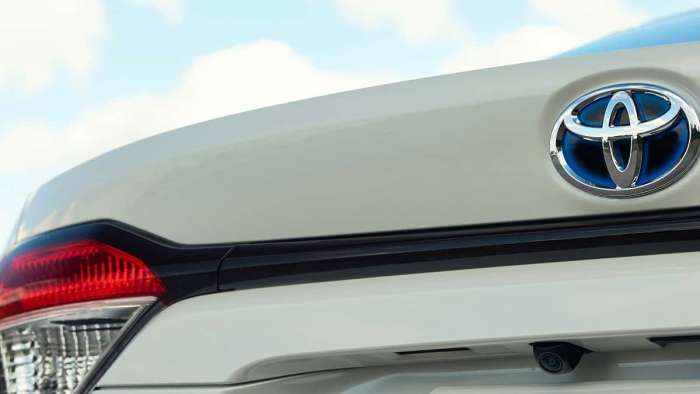 Toyota’s green vehicles lead in many categories. In one week, Toyota will move into two more.
Advertisement

Toyota just announced that a pair of all-new hybrid models are about to drop. Toyota’s hybrids are hot. The RAV4 Hybrid is a top-seller and easily the top-selling green crossover in America. The Prius still outsells the cars at many successful brands. With the class-leading Corolla, Camry, Highlander, and RAV4 already offered in hybrid trims, Toyota has us intrigued about which new vehicle segments the two “all-new” hybrids will land.

A Tacoma Hybrid would be a logical choice. Strictly from a sales volume standpoint, the Taco would make a big impact on the corporate average fuel economy numbers Toyota is always striving to improve. Would Taco owners embrace a hybrid? It would depend on the user and on the truck’s mission. Would more torque be welcome in a TRD Pro? Sure. If it means sacrificing affordability and drivability? Heck no.

The 4Runner is also a high-volume vehicle. Would a hybrid version work in that platform? Well, if it worked in the Tacoma it would be easy to adapt to the 4Runner. Many families love the 4Runner as a “tougher than Highlander” option. Do tough and fuel-efficient overlap in the consumer market? Elon Musk thinks so.

The Tundra is not a big focus for the Toyota family overall. Although it would be a smart place to use fuel economy maximization tech, the Tundra does not seem like a place that Toyota will go with a hybrid drive? If we are wrong, it won’t be for long. The new models will be announced in six days.

One possibility is that the term “All-new” may mean a vehicle like a plug-in hybrid Camry Hybrid. Sort of a “Camry Prime.” If that is the case, the possibilities are endless. Toyota could “Prime” the Highlander, Corolla, or Camry quite easily.

We’ve received no advance hints about the upcoming “all-new” pair of hybrids. Tell us what you think they will be in the comments below.

Image courtesy of Toyota media support (it's of a Corolla).