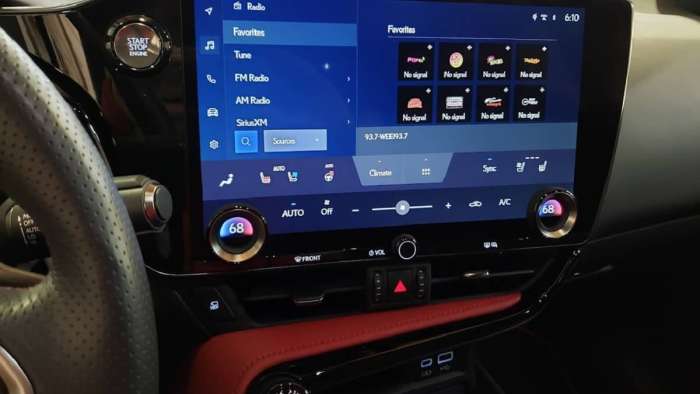 Both Toyota and Lexus are moving forward with a new infotainment platform. Here’s how that happened and what it means for consumers.
Advertisement

Toyota and Lexus have trailed the industry for over a decade in one critical way: Infotainment. As other brands kept pace with the evolution of in-car electronics, Toyota made decisions that may have made sense internationally, but in the U.S. market left owners with fear features and, in the case of Lexus, a user interface that is viewed by many (including this long time Lexus and Toyota owner) as the worst in the industry. This has all changed for 2022.

Toyota Shifts Its Development Team
One reason that shoppers will soon see important changes to the infotainment in Toyota and Lexus vehicles is that the team responsible for developing the technology that becomes infotainment in Toyota/Lexus branded vehicles has been move to inside the U.S.. This has already proven to be a major step forward. Some of Toyota’s best and brightest are now working within this section of the company, now seen as a very desirable section of the business in which to be employed. 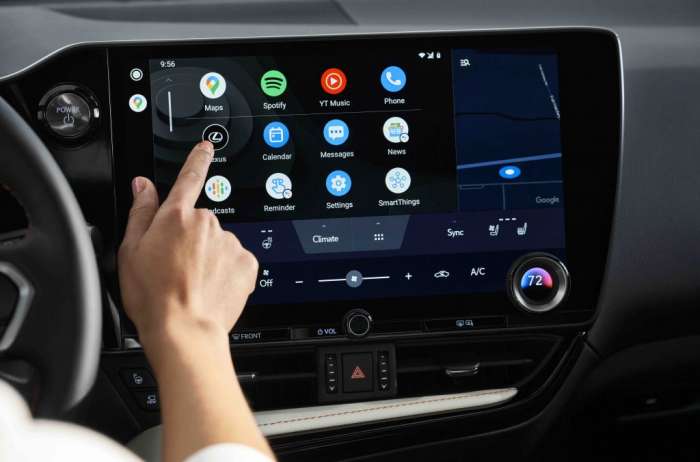 Wireless Android Auto and Apple CarPlay
One example of a feature that has a big impact on user satisfaction is wireless phone mirroring. Both Android Auto and Apple CarPlay allow a vehicle operator to use helpful apps that are already familiar with using, inside of the vehicle. Google Maps and streaming music services by Pandora, Spotify, Amazon, and Apple all work best and most seamlessly when the user can operate them in the same way they do on the phone or tablet they own.

An important feature that is still emerging is to be able to do all of these things wirelessly. And lets’ be sure that this is not confused with Bluetooth. Although Bluetooth is a helpful technology and may underpin much of how Android Auto and AppleCarplay operate, a Bluetooth connection is not the same or comparable to how these phone mirroring systems work. And yes, both already do work great when they are tethered to the vehicle using a cable. However, the cable is a hassle and it is also a mechanical wear point.

Toyota and Lexus both will both have wireless Android Auto and Apple CarPlay in vehicles with the updated systems rolling out today. Coupled with a wireless phone charging tray, these systems enable a vehicle operator the most simple way to enter and operate the technologies they want.

Navigation Becomes a Subscription - Why That makes Sense
One shift that users of all vehicles are aware of is the move towards subscriptions for services and features. One that won’t have much sting for most users is the move Toyota is making to subscription-based navigation. Why won’t it matter? Because a better and always up to date navigation system costing nothing is inside every phone. Native navigation doesn’t come close to the features and ease of use of Google Maps, Waze, and Apple Maps. So the shift to subscriptions for native nav is a policy not worthy of any further discussion. 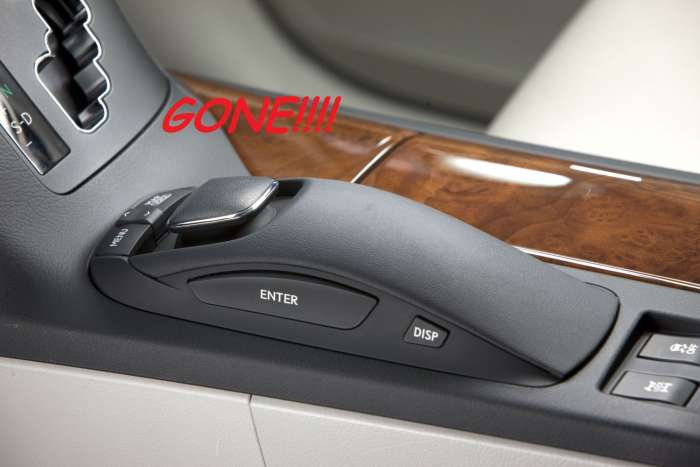 Lexus Mouse Pointer Interface Goes Away!
If you owned a Lexus over the past decade it’s likely that yours came after the initial touch screen systems that worked quite well. Instead, you most likely had a mouse-based interface that required you to look away from the road to aim a mouse pointer arrow at what you wanted to do. The Lexus system was so bad it’s hard now to describe it in too harsh of a way. The good news is that it is gone. 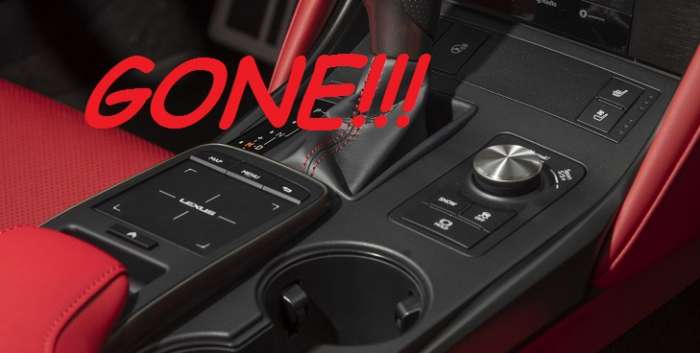 Touch screens work best for menu selections made when not moving. Voice and steering wheel controls coupled with some easy-to-use "eyes-free" controls when moving. Take Android Auto. Assume you want to change your destination on the nav screen. Simply touch the voice command button on your wheel (or screen) and say what you want the new destination to be. The app makes it so. No more typing or using a mouse. If you wish to change your audio station on a streaming app, the voice commands work the same way. Want to select an individual song? Just ask. It works seamlessly. The old days of using a pointer are thankfully gone.

Toyota’s native system does try to replicate a lot of what Google and Apple already do, and do very well. The ‘Hey Lexus” voice system for example seems completely redundant to anyone who uses Siri or Google assistant now. The idea of over-the-air nav updates seem a little silly. Why is that functionality even part of the car at all? We can’t fault Toyota for doubling up on many of the features every phone now offers. However, we can ignore it all. And that is something one could not do in a Lexus with its mouse pointer and required cable connection.

A Word About Remote Start
Internet bloggers made quite a stir when they discovered that remote start would shift to being a subscription service in Toyota brand products. That is understandable. It’s new, and new is scary. Here’s what is really new. Cars are going to have plugs soon. Those plugs enable the vehicle cabin to be pre-conditioned inside your garage safely. Or outside the garage with zero local emissions. Your experience is about to change, and remote start for gasoline engines is going to evolve to a new system that’s better, safer, cleaner, and more energy-efficient. Feel free to be outraged that the old way changed. About anything you wish.

We saw the new Toyota/Lexus infotainment system in the all-new Lexus NX crossover. Watch for the new system to roll out as vehicles undergo a generation change (Tundra, Sequoia, bZ4X this year. Others to come.)

Mark Day wrote on January 31, 2022 - 6:02pm Permalink
Best wishes to the beta-testing folks buying these 'modernized" vehicles. Computerized everything that few are asking for - including EVs. After warranty electrical/computer problems could be costly.
KSM1 wrote on February 1, 2022 - 9:46am Permalink
“Remote start on gasoline engines is going to evolve to a new system thats better ….” What a load of BS. They are charging for equipment you have already paid for in the price of the vehicle. Its a click of a button that has been working on my 07 car. Once you can demonstrate what new features you have added then you may have a case to charge but not before. I cant wait for aftermarket products that bypass these ripoff subscription service attempts by the OEM’s. Look at the backlash BMW got!!! How much did Toyota pay you to write this garbage? Get a real meaningful job and contribute to society.
John L Williams wrote on February 1, 2022 - 4:36pm Permalink
I looked at a 2021 RX, but the infotainment system made me not buy it, bought a Palisade , best decision
Ron T wrote on May 13, 2022 - 2:29am Permalink
The infotainment system in the car is getting smarter and smarter, and in a sense it can be classified as a mobile device. As wireless charging is ubiquitous for devices and phones, wireless CarPlay and Android Auto are very necessary.