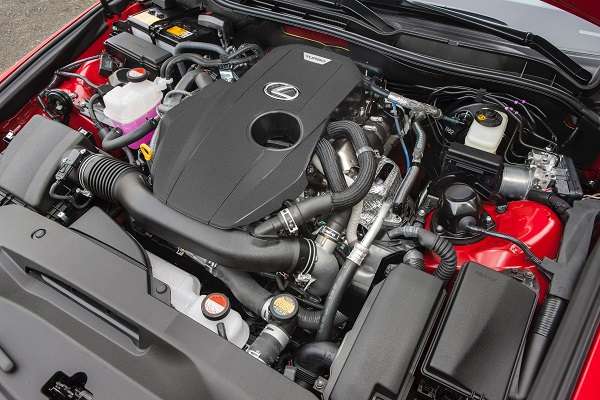 The new Lexus IS 200t has a 2.0-liter turbo. Does that alone make it an easy car to tune?
Advertisement

Today Lexus confirmed what many IS sports sedan fans had hoped would come to pass. The 2016 IS 200t is a go, and even better, the car is not going to be saddled with all-wheel drive like all the IS 250s above the Mason-Dixon line have been for years, but will have rear-wheel drive. The new 241hp, four-cylinder turbo will develop 258 lb-ft of torque at a crazy-low 1,650 RPM. That means that the car develops its maximum torque from basically idle. The more powerful IS 350 only develops 19 more lb-ft than the new IS 200t and does so high in the rev-range. All indications are that the IS 200t could be a car that a tuner could breath serious performance into by adding boost to develop more power.

Not being experts in tuning ourselves, Torque News reached out to one of the most respected tuners and shops in the country, Vlad Yevtushenko at National Speed in Wilmington, NC (not far from Torque News headquarters). Vlad has tuned an uncountable number of customers’ cars, and the results are posted for everyone to see at the National Speed’s Facebook page (pending the owner’s approval). Vlad has also created two Toyota Supras tuned to over 1,000 hp. We expected Vlad to tell us the IS 200t would be a car that begged to be tuned.

Before we went very far, Vlad stopped me and said “I can't honestly say I agree that this new Lexus will be a tuner’s dream. Lexus/Toyota has always been a challenge when it comes to tuning unless you go the full standalone route. Even the Supra was never really unlocked to allow tuning of the OEM ECU.” Thinking it over out-loud, Vlad said “Standalone or piggyback ECU's will be an option. This however isn't a very easy option for this new car because EVERYTHING is controlled by the ecu. Remove the Lexus ECU and you can't even open your doors or roll down windows. So the standalone ECU has to fully support the car to work which isn't that easy.” I asked if that ruled out the IS for tuning and Vlad said, “If the car is a very desirable platform to modify it’s possible.” He went on to add, “If the new Lexus IS 200t turns out to be a good platform to modify I think companies such as AEM electronics, Haltech, Proefi would consider supporting that application that would allow the use of a standalone ECU while still having the rest of the car’s features operate properly.” One thing the Lexus does has going for it is the engine is also in the popular NX 200t and will soon also find its way to many other Toyota/Lexus models according to Lexus insiders we have spoken with.

So a quick tune like we have come to see shows like Wheeler Dealers do on older models may not be possible on the IS 200t. Vlad tells us that stepping back from the IS for a moment and considering the Lexus line in general “If you look at the previous Lexus models you see that there really isn't a single one that had any luck in the aftermarket besides the models people swap the 2jzgte into.” For those like me that did not recognize that, the 2jzgte is the engine that was in the 1993+, MarkIV Supra.

In conclusion, the new 2016 IS 200t turbo from Lexus is a big step up from the IS 250 that even Consumer Reports found to be a slow car given its mission. The real question is, do we have a MazdaSpeed3, Subaru STI-type car on our hands, or will this be a car more like the sedate BMW 320i? Time will tell.