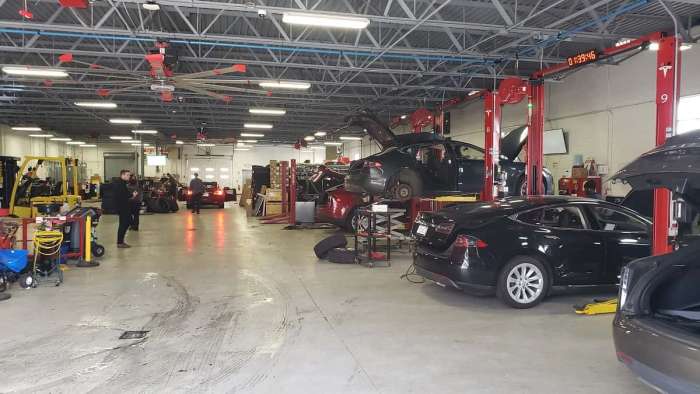 Here is a dealership disaster story and a love story. One was a Honda dealer the other a Lexus dealer. Post your better story in our comments below and guess which brand was which in our story.
Advertisement

We all have heard a good automotive dealer disaster story. We all like to re-tell them. Here at Torque News, we hear more than most since we are in the business in a certain sense. Below are two stories. One is a dealership disaster story, the other a love story. We know that the horror stories get told more often than the happy outcomes, so we are going to do our part to also tell a love story. One of these stories relates to a Honda dealer. The other story relates to a Lexus dealer. We are not going to tell you which is which. You are welcome to guess. We double and triple checked that the type of vehicle mentioned in each story is a type each manufacturer built. We'd love to hear your story in the comments below.

Just A Quick Oil Change Gone Wrong
The first story is told by a businessman who needed his new vehicle every day visiting customers:
I took my sedan in for an oil change. That’s all. They said it would take 30 minutes - they always cleaned the car as a courtesy as well - so when the first half hour passed I didn’t think anything of it. Then, we reached an hour, so I went down to the service desk and asked about the delay. Nobody knew anything, so I returned to the lounge. Shortly thereafter someone walked by and I asked again; I was told they discovered that my inspection sticker was due that month, so they were going to do that for free, if I could just be patient. So I returned to the lounge and waited.

By the second hour, I was both puzzled and annoyed, so I inquired again. This time, the service attendant said, “Oh, you’re Mr. Ferrara? Let me get the manager for you.” When the manager returned, he told me “They had a little mix up,” in the garage and my car had slipped off the lift. When I asked how badly damaged it was, he said, “Not quite as bad as the car it landed on.” I insisted on seeing it, so we went into the bay and there was my car, slipped sideways off the lift and on top of a crushed convertible.

I guess it had actually been like that for most of the time I was there; nobody wanted to come tell me what happened and they needed to do a ton of documentation for insurance. Eventually, (I think I was there for almost 3 hours) I got a loaner car and it took weeks to get my car fixed because it needed a whole set of side panels.

The only good news is the car was one of the most sturdy models ever built - body and engine. As I said, it went through a lot over the years I had it and eventually, we still sold it for $1200 cash even after the engine completely seized up at 225,000 miles - the parts were still so valuable. But the dealer was always the weakest link - and it’s a miracle nobody was hurt. Even to this day, I can’t imagine how the car managed to slip SIDEWAYS onto the car next to it.

Dealership Love Story - Convertible Can't Move
The second story is told by the owner of a convertible used primarily for fun on weekends. This is a love story that recounts how one dealership went way beyond the call of duty to keep a customer happy:
My convertible was a fantastic car. Lots of power, super fun to drive and very reliable. Except for the power-operate top. It always gave me fits. One day it did what every convertible owner with a power top dreads. It stopped half-open and would not budge.

I happened to be at home. It was a Saturday morning and I had planned a long drive in the country that day. Instead, I was in my driveway with a car that I could not drive. Rather than dive into the manual and figure out if manually moving the top down was an option, I called the dealer. They put me on the phone with a mechanic right away and I explained the dilemma. I figured that since it was under warranty I would end up having it towed, but with the top half up, I worried that would damage it. To my surprise, the mechanic asked if he could call back in ten minutes.

When he called, he said that he had spoken to the dealership manager. The manager suggested that the mechanic drive to my home (about a 30-minute trip one way) and see if he could lower it and then drive it back to the dealership for repairs. That sounded great to me.

The mechanic arrived and he was able to manually lower the top. He surprised me by arriving alone. I figured he would need to have an associate drive the car he arrived in back. To my surprise, he said the vehicle he arrived in, the most expensive the dealership sold, was the manager's demo and that it was mine to drive until my convertible was repaired.

I drove that loaner like I stole it for a week while the dealer did a full overhaul on the roof. I wish I could say that was the last problem that car had, but it had some inherent flaws and I parted ways with it prematurely due to them. However, I gave that dealer two shots at my business again as a result of this outstanding customer service experience.

So there you have it. One story is a Lexus dealer one a Honda dealer. We will never reveal which is which. You are welcome to speculate in the comments below. We know both to be true because we have seen both vehicles and heard the stories first-hand. If you have a great dealer disaster or dealer love story please post in the comments below. You are welcome to name names!

Image Note: Image of Tesla service center used so as not to spoil the premise of the story.