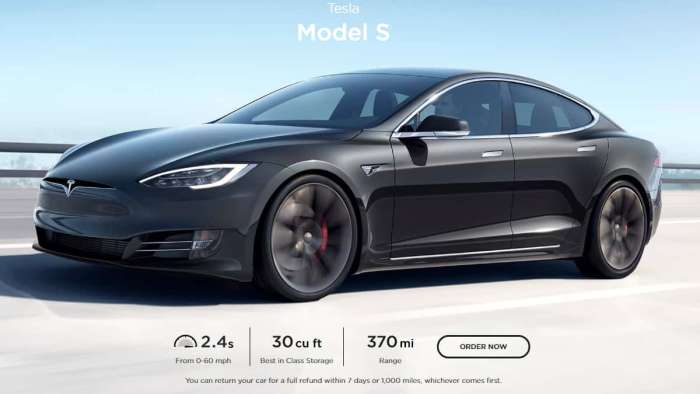 Tesla's attention span seems to be the shortest in the automotive world. Here's what caused Tesla's recent shift.
Advertisement

Tesla Motors, and its inseparable leader, Elon Musk have evidently turned their attention away from mainstream affordable electric vehicles that will save the planet and back to a focus on high-performance luxury cars for the wealthy. Interestingly, the shift has been accelerated by a company that Tesla should not be worried about in any way - Porsche. 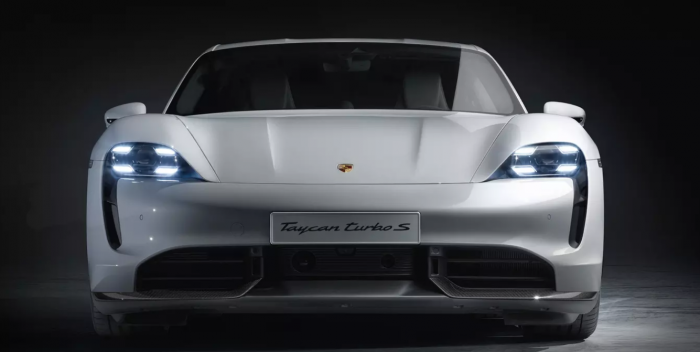 Don't get us wrong when we say this (we love Porsche's products), but Porsche is a low-volume, custom builder of high-end luxury/performance machines targeted to the 1% crowd. Sure, there some Porsche owners who scrimp and save to attain a used, or entry-level Porsche, but the majority of Porsche owners pay six-figures for their new custom-configured crossover, or in some rare cases, car. Porsche is a crossover company now in case you missed the news a decade ago. Here's a quick glance at Porsche's U.S. sales this past month, one of its best-ever sales months in America: 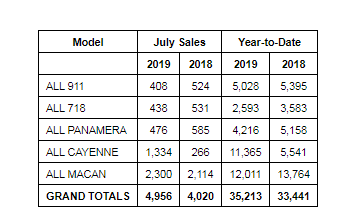 As you can see, there is nothing mainstream about Porsche. Honda sells more Civics in a week than Porsche sells all of its vehicles combined in a month. Yet, with the release of the new Taycan Turbo EV (which has no turbo), Elon Musk seems to have had a hissy fit. Suddenly, the older than dirt Model S design is a world-class supercar again, and gosh darn it, Tesla will PROVE its prowess on a German toll road cleverly disguised as a racetrack. "Elon will show those Porsche guys a thing or two" is the general theme.

Model S on Nürburgring next week

Long forgotten is the "$35K" Model 3 for the masses that was the headline on every automotive publication for years, despite never materializing. Sure, you can get a base Model 3. Here are the steps;

1) Forget the website.
2) Drive to your local Tesla "dealership" or whatever Tesla calls them this week.
3) Plead for a Standard Range, no options, in the single color that costs nothing extra.
4) Use the secret handshake.
5) Try to use your promotional code (gets you free supercharger use for a while or a cool hat)
6) Be bombarded with upselling attempts "The SR+ makes so much more sense. Red is only two grand more."
7) Await delivery on a car you never test drove.
8) Don't forget to pay the destination fee.

Tesla has made it difficult, not easy, for buyers to get the entry-level Model 3 of their dreams. Don't take our word for it. Check out what Tesla-advocacy publications with owner/writers who hold Tesla stock say about the program.

Elon Musk has been tweeting about running the Model S on the 'Ring now for a week or two. Of course, the Ring is a public road and he could drive one of the Model S cars there any time he wishes. But that isn't the plan. The plan is publicity for a car company that focuses on luxury, low-volume, high-performance cars for the wealthy. No, not Porsche you silly goose, follow along, we mean Tesla.

We lapped Laguna Seca @WeatherTechRcwy in 1:36.555 during advanced R&D testing of our Model S Plaid powertrain and chassis prototype

(That’s a second faster than the record for a four-door sedan) pic.twitter.com/OriccK4KCZ

Tesla did take a short break from promoting is Model S 'Ring-run to bring the news that it has a new super-performance (super high priced) Model S prototype with not one, not two, but THREE motors running around racetracks in California. We can feel the Earth cooling already!

If Tesla's goal is really to sell high volumes of vehicles to the masses and change the world, shouldn't it be more worried about new vehicles like the Kia Niro BEV and Hyundai Kona EV?

Watch a rare and exclusive video from Tesla's China Gigafactory and click to subscribe to Torque News for daily Tesla and automotive news analysis.

DeanMcManis wrote on September 12, 2019 - 6:05pm Permalink
Tesla can do a great many things at the same time without dropping the ball on the rest. They have their Boring company, Space X, Solar, Maxwell technology (batteries) and others. One focus in the news at this moment is seeing how competitive the Model S and Model 3 are against Porsche's newest Taycan. This is important now because Porsche just announced the production model of the Taycan at the Frankfurt auto show a few days ago. I do not know how to respond to the idea that somehow Porsche products do not matter because they do not build mass market vehicles, but it is right up there with criticizing Tesla for not building enough inexpensive cars. Hogwash. People need to dream, just like they need to commute. The average new car price in the U.S. is $38K, and the average new pickup price is $48K (and they sold over 2 million new pickups in the U.S. last year) So the Model 3 (and soon Model Y) will be priced right in the middle of your average new car pricing. The model S has really been the flagship of Tesla for years now, and Porsche is the first major automaker to build a worthy performance car rival for the Model S with the Taycan. So it is important news for both performance car fans and the auto industry in general. It is a vital sign that the major automakers of the world are taking Tesla and the idea of truly competitive electric cars seriously.