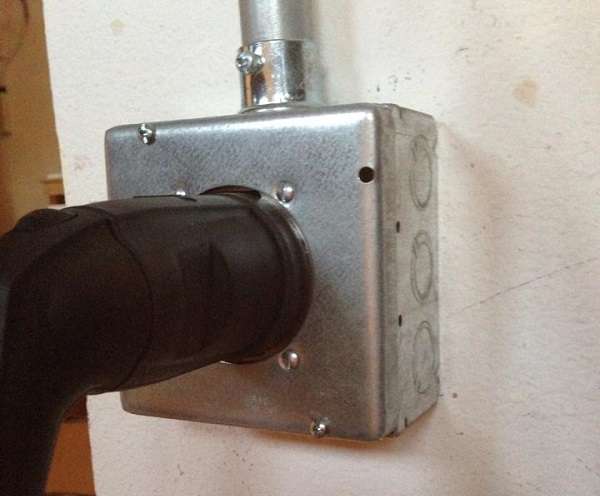 Following a garage fire in Irvine California Tesla has now made changes to both the software and hardware of the charging system of the Model S. An elaborate response to a fire that Tesla vehemently denied was caused by its car.
Advertisement

In response to one well publicized garage fire in Irvine California, and other concerns Tesla mentioned in a statement, the company will send new, safer, wall charger parts to all Model S customers. This is the second step Tesla has made in order to prevent fires that could occur, as it says, because “…occasionally the wiring isn’t done right.” That statement reported by Bloomberg came from Elon Musk, Tesla's top dog. He is referring to the wiring in the home or garage, not the wiring inside the Tesla products.

The earlier change was a software change. Tesla can, and does, make changes to owners’ cars and it does not seek their permission first. Any change it deems necessary or beneficial is made by the company using the telematics system each car has. The software change, called 5.8.4, enabled the Tesla Model S to reduce its current demand while being charged by up to 25% if it sensed that the external equipment (home wiring etc.) was not properly handling the load and was delivering power in a non-uniform way. In other words, if the source of the charge could not keep up with the Tesla the Tesla would slow down its demand.

Tesla was quick to point out that the garage fire that occurred in a garage on the University of California at Irvine campus was not its fault. Investigators did not determine a cause definitively, but what is known is that a Tesla was charging and there was a fire. The fire was on the wall where the dedicated electrical connection for the Tesla was. The occupant of the home was quoted as saying that a licensed electrician had installed the connection for the Tesla.

Torque News wondered if the work had been inspected by the local electrical inspector as a result of a work permit having been pulled. We first looked to see if a building permit for modifications or additions to the electrical system had been pulled. We found two, one for a bathroom remodel and one for a kitchen remodel, but we did not locate a permit for the garage electrical work. So we asked the department that released the statement about the cause of the fire, the Orange County Fire Authority. Chief Kelly Zimmerman was kind enough to reply and directed us to the local town as the responsible organization. We then contacted the City of Irvine. Annie Brown at the City of Irvine then told us that the responsible party was the Irvine Campus Housing Authority (ICHA). She directed us to Ron Reid. Ron Reid’s e-mail bounced back as an out of office reply so we then contacted the suggested replacement (Andrew Herndon) who did not return our inquiries. Given this type of chain of responsibility for proper home electrical work Tesla doing everything it can to make the process foolproof seems not only wise, but prudent.

Tesla has now made two significant changes to its product and is sending out thousands of updated wall chargers that contain a thermal switch to help prevent fires of this type from happening. Why would anyone design a powerful home charging device without a thermal circuit breaker in the first place one might ask. In any case, Tesla is super responsive to any issue and this is no different. Hopefully the company can overcome this issue quickly and there will be no more fires from “wiring that isn’t done right.”