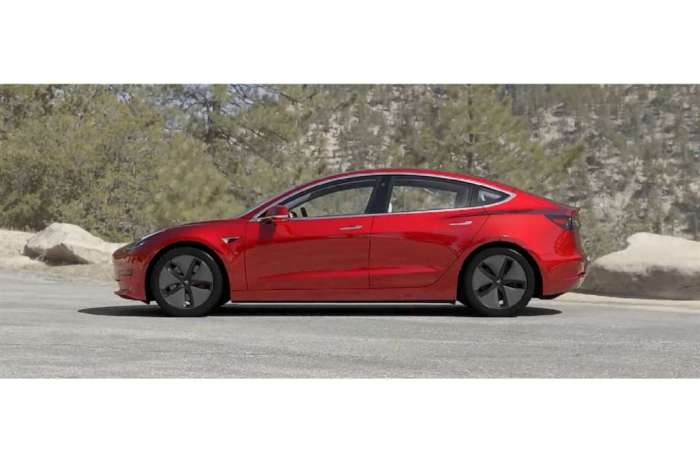 The Tesla Model 3 may never again regain its peak of sales in America as Tesla’s US Model 3 Sales drop by 25 percent in the 4th quarter. Here’s why.
Advertisement

In Q4 of 2018, Tesla delivered approximately 61,650 Model 3 cars in America*. It remains a stunning achievement. That pace of Model 3 cars didn’t just surpass competitors' sales of the cars they built in that segment. Rather, Tesla’s Model 3 was outselling the entire brands’ total sales overall in America. In one amazing year, Tesla had gone from a promising company with sales averaging under 3,000 units per month of its top seller to over 25,000 units of its top seller in December 2018. What is interesting to us as Tesla watchers is that this level of Model 3 sales will likely never be surpassed in America.

However, the sales at around 47,275* for Q4 2019 were down about 25% compared to Q4 of 2018. If Tesla had opted to, it might have been able to keep the growth going. However, Tesla says, and we believe, that the company opted to shift its sales focus, and much of its promotional focus as well, to other markets. Mostly in Europe. Instead of delivering all the zero-emissions vehicles it possibly could to its home market, Tesla loaded up scores of Model 3 cars and shipped them from California thousands of miles away. By fossil-fuel burning ships, considered by many to man’s most polluting creations.

New Tesla Factories
With new factories coming online to produce more Tesla vehicles, one might think that the Model 3 would be poised for another boom in America. Perhaps. Time will tell. However, our gut tells us Tesla has seen peak Model 3 in America. And the news is not all bad for Telsa by any means. 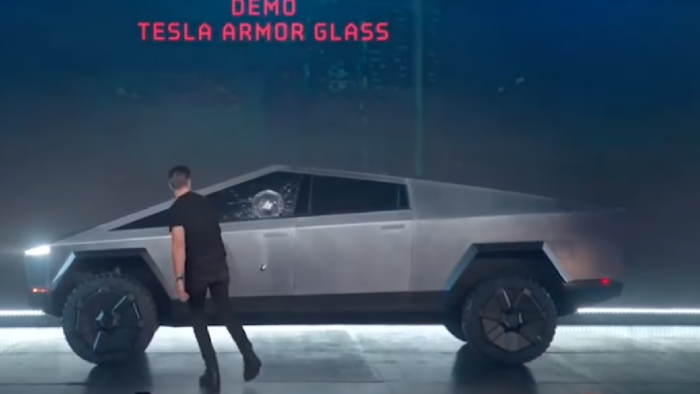 Tesla New Products
The first reason Tesla may not top its U.S. Q4 2018 Model 3 numbers again is the Model Y. The Model Y is the fifth Tesla Model and one that seems to hold the highest promise for sales volume. It is a crossover the size that is presently the top-selling type of vehicle in America to private owners (as opposed to trucks which include a big percentage of commercial and business-related sales). Like the Honda CR-V and Toyota RAV4, this crossover is “right-sized” for many buyers, particularly family buyers. The Model Y is poised to be the next big thing from Tesla. It is wading into a much broader market than the sports sedan market the Model 3 is in.

Another reason the Model 3 may not again beat its U.S. Q4 2018 delivery volume is the Cybertruck. As polarizing as this truck may seem, many Tesla Model 3 owners have already placed reservations on the truck and plan to trade their Model 3 in. This is a popular Tesla forum topic. That will push used Model 3 cars into the market. Which will somewhat dilute Model 3 new vehicle sales. 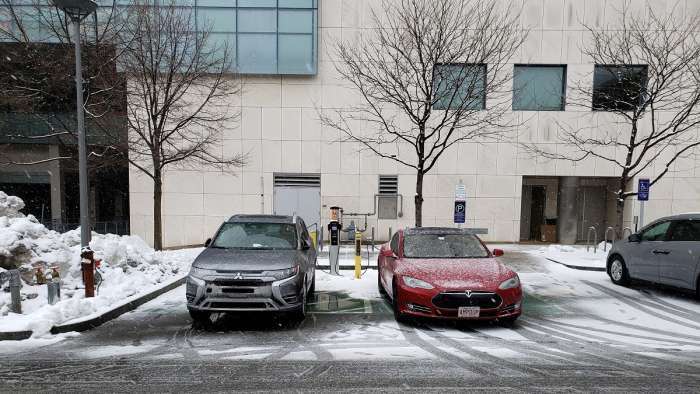 New Green Crossovers Coming
A final factor that may keep the Model 3 from returning to its high point in sales is a flood of other options for green crossover buyers, many of which will have up to $10K in federal tax deduction and state rebate incentives.

The Hybrid CR-V from Honda, Toyota RAV4 Prime (PHEV), Ford Escape hybrid and PHEV, and Mustang Mach-E crossover are all coming. The Mitsubishi Outlander PHEV is (technically) already here. GM may even have a crossover based on the Bolt to lure buyers' attention by the end of 2020. None of these green vehicle options existed in Q4 of 2018.

These and other upcoming new green cars will certainly benefit from Tesla’s U.S. Model 3 sales drop.

If the Tesla Model 3 is ever going to beat its peak of U.S. sales in Q4, the time is actually right now. If it chose to, Tesla could make a push to provide as many Tesla Model 3 cars as America could gobble up in Q1 or Q2 of this year (2020). We see no evidence that is about to happen, but who knows?

Tesla's Model Y Will Soon Be The Big Seller
In many ways, the Tesla Model S was the vehicle that really woke the world up to the possibilities of an electric vehicle its owners didn’t secretly wish was better. The Model 3 was the volume player that expanded the market into a much lower price point with a much broader target audience. The Model Y can now do the same with an even larger audience.

In the end, much of Tesla’s Model 3 vs. Model Y sales volume will depend on how Tesla decides to allocate factory space. What a luxury to have! Our best guess is that the Model 3 has seen its peak of sales in America. And with Tesla bringing out its mainstream replacement and an eye-catching chaser model with a much higher price tag, it seems as if Tesla may not be shedding any tears about seeing the Model 3's U.S. sales peak having come and gone.

* Don't take our word for it regarding Tesla sales. We refer readers to Inside EVs for Tesla sales data which is the source we use. You can read Tesla's global delivery report here.

DeanMcManis wrote on January 7, 2020 - 2:34am Permalink
You are probably right, but I am not sure that it matters in the big picture. This has to do with product life cycles and timing. You could have similarly made the same argument that the Model S and Model X sales would be taken by the Model 3 and Model Y. This is kinda obvious to me, but having the Tesla sales continue to grow overall, even if it's across various models is expected. You can see this with all automakers. When there is a new model, the previous model's sales drop toward the end, but the overall sales hopefully increases. Tesla's Model 3 was still almost 10 times the combined sales of other BEVs and PHEVs. There will certainly be a burst in sales for the Model Y once it is released, and a growth in the Asian market as the Chinese Gigafactory hits maximum production. Plus there will be more Tesla sales in Europe will also grow as they more actively support EVs, and then there will be added sales again when the Cybertruck hits the streets. In the meantime there will be a resurgence in Model S and Model X units once the Plaid models come out, and probably another bump in Model 3 sales when the rumored faster and longer range versions come out later this year. Plus as you mention there is increasing competition from upcoming BEVs and PHEVs. There will be attention later this year for all Tesla models when the Semi and Roadster II start hitting the streets and highways. These phases and cycles from internal and external competition are inevitable, but I see them as wholly good news. Competition breeds innovation, so we will only get more affordable, more capable, reliable, and exciting EVs in the long run. And we will ultimately get better used EVs as well.
Frank Straatman wrote on January 10, 2020 - 10:15am Permalink
John, the Sales in Europe and especially the Netherlands were the highest ever. So indeed Tesla shifted sales (temporary) to Europe. In the Netherlands the tax rules changed in Q1 2020, making an extremely high demand to deliver as many Model 3's as possible in Q4 2019. And to make sure they can deliver on the local European market the next Gigafactory will be in Germany. So that will save on the fossil fuel for shipping.
John Goreham wrote on January 10, 2020 - 1:24pm Permalink
Great perspective Frank. The EV mandates in Europe are starting to shape the EV availability in the U.S.Both Kia and Mercedes have gone on the record saying so. There just isn't enough capacity to go around right now.
philip davis wrote on May 5, 2021 - 12:19pm Permalink
Well this article didn't age well. Lol. Tesla has consistently sold more Model 3s in the US each year from 2018 to 2019 to 2020 while increasing sales abroad every year as well. Looking at just one quarter of deliveries to claim knowledge about any longer term trend is a fools errand.
John Goreham wrote on May 5, 2021 - 3:12pm Permalink
Hi Philip. Thanks for reading. Shoot us a link to the Tesla US market sales figures to which you refer. As far as we are aware, Tesla does not break out its Model 3 sales in the US, but rather combines them with its Model Y, introduced in March 2020. We'd love to have a direct source of Tesla sales data and you appear to have one. And we are pleased that Tesla's global sales of the Y and 3 continue to grow. It's a shame that the Model X and S have both dropped off so substantially in the US. Maybe the refresh Tesla says is coming will help boost the sales of those two profitable models.