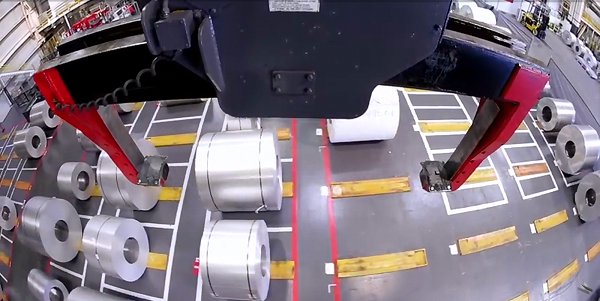 Newsweek’s annual ranking of the 500 largest public companies has an unexpected twist when it comes to Tesla.
Advertisement

Each year Newsweek compiles a list of the top 500 public companies by market capitalization in the world. The publication then lists the companies in order of their green credentials. Newsweek says of the list “The project features eight indicators that are used to assess and measure the environmental performance of the world’s largest publicly traded companies.”

Newsweek partners with Corporate Knights Capital, along with HIP (Human Impact + Profit) Investor Inc., to create the ranking. The interesting results are that Tesla, a company whose entire mission statement revolves around its green offerings, is ranked much lower than BMW and Toyota. Worse for those that wish to see Tesla as a beacon of green manufacturing, there are some notorious companies ahead of Tesla in the green rankings. Monsanto, Exon Mobil, Phillip Morris, Imperial Oil Ltd of Canada, Chevron, and Haliburton.

Dismiss the results if you like, but Newsweek is well known as a progressive publication. The methodology the company uses is relatively easy to understand. First there is a combined energy productivity score. Here Tesla would only be ranked against its peer-group companies, for example, BMW and Toyota. All three make cars. Next, greenhouse gas production by companies is factored in. Water productivity and waste productivity, are next. The remaining considerations are a green revenue score, sustainability pay link, sustainability board link, and audited environmental metrics. You can read the way the scores are calculated here.

Of the 500 companies scored, Tesla is ranked almost last at 431. Tesla’s score is just 16%. The top company on the list is Cambridge, Mass.-based Biogen. The first automaker to appear on the list is BMW with a ranking of 26 and a score of 72.2 (higher is better concerning scoring). Toyota scores 69.6 and is ranked 35th. Fuji Heavy Industries, the makers of Subaru cars, is ranked 234 and scored 46.6. Haliburton, the people that develop fossil fuel resources, scores a 21.1 and is ranked 393. There are no car companies ranked lower than Tesla.

Aaron Turpen wrote on June 11, 2015 - 2:45pm Permalink
Totally not surprised. Few things in Tesla's actual mode of manufacture and distribution are "green." Even the company they import batteries from isn't all that high on this list.
Parks McCants wrote on June 11, 2015 - 5:25pm Permalink
Think about the residual environmental impact of manufacturing a plastic intensive, rare metal and caustic encapsulated energy cell.Then, take that process to "World's largest" manufacturing proportions. Musk's ego may eventually lead to the downfall of Tesla. Cheers!