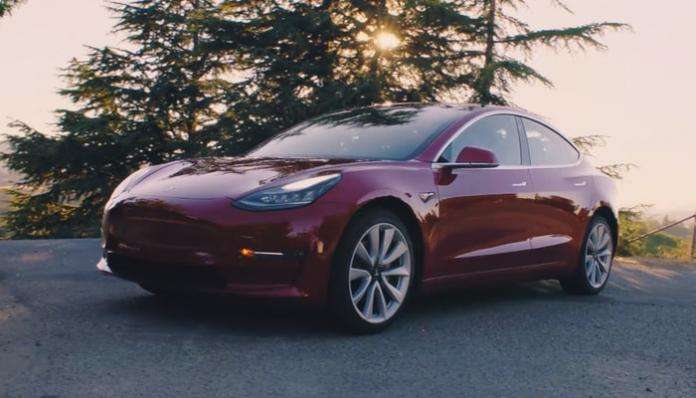 Tesla just fired about 700 workers. Is this linked to the delays of the Model 3?
Advertisement

According to numerous reports, many from employees themselves, Tesla has just "fired" about 700 workers. On the surface, that would seem ill-timed at best. After all, Tesla's Model 3 deliveries last month were just one-tenth of what Elon Musk had promised. Is the now typical Tesla launch fiasco linked to the firings? Almost certainly yes and no.

A Silicon Valley newspaper, the Mercury News, says that the number fired could be as high as 700 employees. The publication also says that a spokesperson for Tesla commented on the firings, saying, “As with any company, especially one of over 33,000 employees, performance reviews also occasionally result in employee departures. Tesla is continuing to grow and hire new employees around the world.”

Anyone familiar with the way large public companies operate should not be surprised by about 2% of a company's employees being let go on an annual basis. Frankly, the number should be higher. The Jack Welch-era General Electric model of employee review and retention says that on average about 10% of a given workforce is underperforming on any given year and should be replaced. There is a lot of logic to that. If nine of out ten of the employees doing a particular job are better than you, why should remain to drag down the team? Tesla letting go less than a thousand of its 33,000 employees for underperforming is merciful by comparison.

On the other hand, is Tesla a mature company in an environment where it can find better people in the middle of its self-named "production hell?" A company with the luxury of replacing workers during a time crunch is sort of illogical.

Those hoping to cast Tesla in a poor light may see the firing of 400 to 700 employees as a sign of trouble or a sign of cost-cutting. More likely, it is a sign that Tesla has professional managers who have the intestinal fortitude to make hard decisions in tough times.

arthur4563 wrote on October 16, 2017 - 11:36am Permalink
With Tesla, you follow the money if you want to know why they act like they do - how soon does the Tesla cult forget such unpleasant facts, such as the firing of employees the day before they were due to have their stock vested, or the tens of millions of dollars that their bankrupt solar roof company incurred for fraudulent promises (Tesla is now claiming that a $75,000 solar panel roof will save you money. Of course that depends entirely upon the ability to get a $20,000 govt subsidy.). ??? Tesla totally sucks - any union organizer can tell you that. Tesla will skip the country before they will allow their employees to be unionized. Tesla acts in the benfit of Tesla, no one else - not employees, not customers, who will provide a steady income stream driving their "cheap to operate" Tesla vehicles. Only Tesla can repair or do collision damage repairs. I consider Tesla owners to be cultist chumps - begging to be defrauded, like Tesla's battery upgrade option for $9,000, which cost Tesla all of $3700 worth of batery cells to install. sorry to see that Toshiba's new battery will render every EV on the road today as possessing a mostly obsolete battery pack, which is too expensive to get replaced.