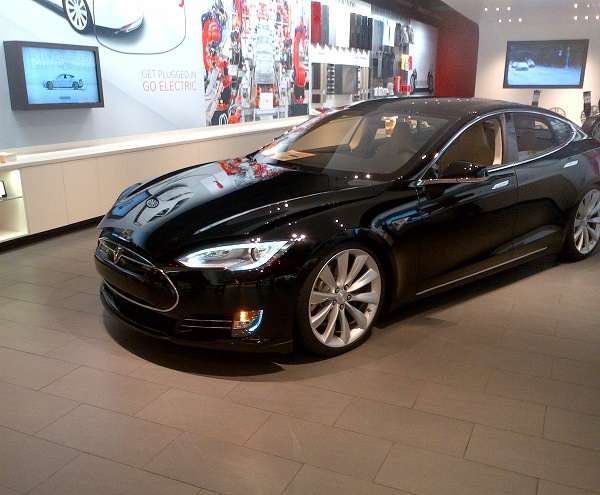 Tesla opts to promote its current vehicles with the low-ball lease offers many car dealerships do.
Advertisement

Wasn’t Tesla supposed to be different? Haven’t we heard for many years that the Tesla sales model is free of all the bait and switch, puppy dog close, and lowball lease offers designed to bring customers to a dealership to then pay much more than they planned? If so, then the newest lease promotion from Tesla is confusing to this long-time Tesla watcher.

Tesla’s advertising promotion (which is unusual for the automaker in the first place) claims that customers can drive a Tesla Model X “Starting at only $593/month.” A tempting image shows a Model X and Model S parked in front of what looks to be the home of a very wealthy person someplace in a dry climate. That image is perhaps where the realistic expectations end.

- Who remembers when the Tesla ownership calculator didn't add up?

Click the “Details Here” tab on the promotional e-mail (advertisement) and one is directed to the Tesla Design Studio. There, at the top, is the tempting number $520/month. However, again, there are details, click the “Customize” button next to the tempting number and a gasoline savings calculator pops up. First of all, why would Tesla assume its shoppers are not already existing Tesla owners? Second, why would Tesla assume the shopper, if not a Tesla owner already, isn’t driving a green car with a cost per mile less than Tesla’s, say a Prius Eco? Or perhaps the shopper has an BEV already. Or uses public transportation? Why assume there is a savings per mile for the shopper and build it into the most prominent number shown?

- If You Believe the Tesla Lease Offer, You'll Love This $10 Per Day Rental Offer

The promotional page lands the shopper, not on a $130K Model X, but the base Model S 60 without Autopilot or the upgraded high amperage charging, both of which are very important to many Tesla buyers. Still, continuing, the shopper is shown a price per month of $593 per month, for 24 months plus a down payment of $6,288, which took into account a $1000 state incentive. There’s more fine print. The $6,288 isn’t the end of the money down. One also needs to include a $695 acquisition fee, and remember to add in a $395 fee that Tesla charges when the vehicle is returned. Like all leases in the state I live, in there is also a $418 tax and $125 registration fee, even though Tesla is the party which registers the vehicle. (Story continues on page 2)

After all of this is factored in, the payment looks like it is $630 and if I was able to follow the flow of fees and added costs, an additional $7,921 is required on top of the monthly charges. Divide that up-front cost into the lease and the Tesla has a monthly cost of $960 per month. Not including the cost of electricity (about $0.22 per kWh here), insurance, and other vehicle costs common to all vehicles. Keep in mind this is the cheapest Tesla the company offers. Add any option, or opt for any better model or trim and the cost is, of course, higher.

Tesla says that the vehicle would be ready in about seven weeks. Seven weeks? However, below the lease deal, I am trying to focus on, Tesla has another deal that says,“New Inventory.” The page goes on to say that I could have one of those for $920 per month and get the Model S in just 14 days.