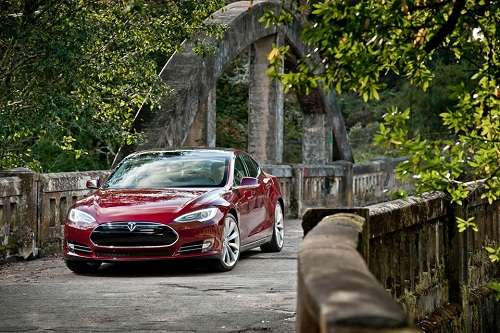 Tesla ownership calculator does not add up

Mr. Musk promises a True Cost of Ownership of $500, but a close look reveals the price for even the most basic Model S is over a thousand per month even with an adjustment for not buying gas.
Advertisement

When Tesla CEO and founder Elon Musk announced that Tesla had created an innovative new way to finance a car and that the monthly cost of owning an electric car that costs between $65,000 and $125,000 “net of gas savings was only $500 per month” I was amazed and impressed. Mr. Musk said “You can own a model S for essentially no down-payment and five hundred dollars a month.” In the last two seconds of the short overview Mr. Musk does make some statements about the value of not having to “go to the gas station.” We have looked closely at the new Tesla cost calculator and the math simply does not come close to the claim. By the author’s estimate detailed below, the actual cost to own the most basic Tesla S is more than twice the cost claimed by the company’s CEO.

Creative financing is a good idea for Tesla and it shows they are willing to think outside the box. This is as good as forgetting the stereotypical rotten car dealership experience and buying direct. Good for Mr. Musk. We love the car and we love the no dealer idea. However, our job is to report on all things cars and it is pretty hard not to ignore the bad math being bandied about here by a company that serves only America’s most affluent individuals and families. Those folks are generally not bad at math.

Before we go too far, here is Tesla’s link to the on-line calculator. LINK It is well presented and simple. Click it open if you want to follow along the first part of this exercise. Let’s start with the True Cost of Ownership of a 60 kiloWatt-hour battery pack Model S. I live here in the Commonwealth of Massachusetts, and we did get one of the very first Tesla stores, so I will use the actual costs here in my state now, always leaning Tesla’s way when there is any wiggle room. Anything else would not be a true cost of ownership for me, right? You use yours. I called the Tesla store and the Model S in the configurator has no options. No navigation and no tech package. You are about to determine the true monthly cost to own an electric car costing about $60K with no navigation system. Let’s get started:
1) The cost per month according to Tesla starts at $853

2) Next we check off where we live because some states subsidize EVs above and beyond our federal luxury electric car subsidy of $7,500 per vehicle. Check your box. Mine is “Other” according to the calculator. That saves me $11.00. I am now at $842 per month

3) Next fill in the calculator that shows us how much we save by not needing gas. We need to help Tesla here. You see, according to the plan, we have to limit our miles to 12,000 per year, or pay an additional $0.25 per mile (you can access the fine print by clicking the red link at the bottom of the page). Make that change from 15,000. Ok, next let’s put in what gas costs. Here it costs $3.79 for premium unleaded. Let’s up that to $4.00. That should help Tesla’s case about fuel savings. Make that change. Next, put in your cost of electricity. Mine, according to my recent bill, is $0.093 for delivery charges plus $0.093 for generation charges which equals $.186 per kWh. Make those changes or use your actual costs. These changes save me $154.00 in gas per month which is less than Tesla thought I would save. Per this calculator my True Monthly Cost is now up to $892.

4) Next we come to the business tax benefit. I would not use a Tesla Model S for business. Remember, commuting to work is not a deductible expense. One would have to be an on-the-road salesman to really put this to use. Also, the fine print says that it assumes an 80% usage of the vehicle for business. Is that how you would use your Tesla? Do you use a luxury car without Navigation costing $60,000 this way now? If so check the box. It would save you $225. Now let’s take a short break to note that savings has nothing to do with the Tesla being electric. A gas powered car would have the same reduction. So things are getting a little bit murky now.

5) Next Tesla says we can actually save money by shortening our commute. Cool. It assumes that since I now have a Tesla I can use the high speed lane to work. Here in my state there is only one such lane, it runs in only one direction and it is about 10 miles long. I have never used it a single time in my life to commute to work. Also, if we check that box now we can’t also be using the car as a business car. So we could not concurrently claim the above work deduction, right? It’s one or the other. I was an on the road salesman for 21 years. I know that rule pretty much by heart. Also, that road is jammed solid every morning. I wouldn’t take it into Boston even if I did work there. I’d take the Mass. Pike. No special lane there. Check it if you want, but be sure you did not also check the box above. On the road salesmen don’t get to claim their commute into work as work miles deducted. No double dipping folks. And remember those lanes are for everyone after the commute is over. So an on the road salesman could use them then anyway. No savings.

6) The last calculation is the time you will save making a detour to buy gas. I have never taken a detour to buy gas. I just pull into a place I am already going to drive by. Maybe you do drive 15 minutes to find gas. Fill it in as honestly as you wish. You can cheat yourself if you want to, but I bet when you get your electric car you will sometimes take a detour to find a plug. There is exactly zero Tesla Supercharger stations near my home. The closest is a 3 hour drive. I will refrain from calculating that and adding it to my cost.

Summary – I come out to $892 for the most basic Model S with no nav or tech package. So instead of $500 per month including savings from not buying gas, a customer like me would have to pay much more. Now, since Tesla called this the “True Cost of Ownership” calculator, let’s add our state sales tax (6.25% x 0.57), local state excise tax (.025% per year of the vehicle’s value) and our insurance.

I don’t know what state you live in, but California has a lot of these same type of taxes and that is where the most Teslas are registered, so I think it fair to add them. My insurance is about $800 for a much lower priced car. Let’s use that to make this easier on Tesla. Divided by 12 that means our monthly adder for insurance is $67.

Using $60,000 for the “MSRP” of the Tesla the sales tax is $3,750. Now, assuming we trade the car in after three years we would only pay the tax on the used value, so let’s multiply by 0.57 since Tesla gives us back a residual of 43%. That means the tax is $55 per month over the 39 month lease. Careful pause here. If you give that car back to Tesla instead of making a trade, you will actually have paid ALL that sales tax. Let’s again make the numbers work as best we can in favor of Tesla and pretend you don’t have to pay it all.

Finally, the Tesla agreement requires that you maintain the car and the cost is not included. Let’s just go ahead and pretend it was to again lean Tesla’s way on this. Here is the number I get for the cost of ownership of a Tesla including the savings on gas. $1,095.

That is more than twice the cost that Mr. Musk promised. Now in all fairness we went off the reservation here. However, it was Tesla that started this whole thing talking about taxes. It is the very first entry. It seems fair to include the rest of the actual taxes. Tesla also draws comparisons to leases here. Leases always include the state sales tax and always include the excise tax. Insurance is required by law and we waay lowballed that for this example. One can add in imaginary time savings, or real savings if you will use the car for work. However, that does not change the true cost of ownership of a vehicle with a plug versus a gas tank.