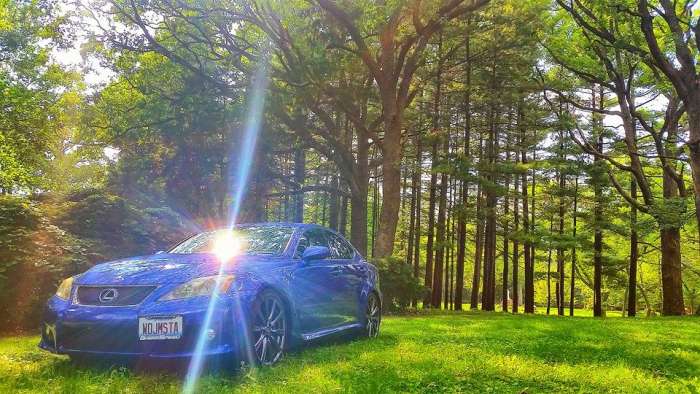 The IS F has been discontinued and no 2015 model announced by Lexus. However, a reliable source says the car is coming back.
Advertisement

Torque News was one of the first outlets to bring the sad news that the Lexus IS F would be discontinued. We saw it coming. Sales of the car had slowed to about 100 units per year and were frankly never that robust to begin with. However, the car was special and it represented the most sporting sedan that Lexus could field. Although the IS F is now out of production, a recent tidbit in Motor Trend has given us some hope that the car might be coming back.

Motor Trend Says IS F Will Return
In the Motor Trend MT Confidential section of the September issue Mike Connor says of the IS F “We’d warned a while back that, with the new RC F coupe carrying the F banner, there might not be a new IS F. Thankfully, it seems our concerns were overblown, as we’ve now confirmed there will be a new IS F…” Mr. Connor seems sure the car is coming back, but does not say how he came into the news. Our Lexus contacts did reply to our inquiries about the IS F’s future but would only say “no comment.”

IS F Possible Changes
If the Lexus IS F did return it would, of course, use the new generation IS platform as its starting point. It would likely share the unique V8 engine that the RC F will have. That means better handling, more power, and a better safety structure. Don’t laugh at safety. I witnessed a “foreign journalist” crash an IS F on the racetrack, and our Western US reporter, Aaron Turpen reports that the IS F media fleet car in his area was destroyed by a journalist. It can happen.

IS F Sales Future
The new IS generation has doubled its sales over the prior generation. However, Lexus is not going to build the new IS F to sell 200 units per year. The company would most likely try to sell a minimum of 500 per year for a few years.

Cars like the Lexus IS F, BMW M3, and Cadillac ATS-V are never big sellers. However, there are enthusiastic fan followings, and the cars do draw customers to showrooms, who then buy IS 350s or IS 250s. If you have any doubt how many fans follow the IS F consider that the photos for this story are all from owners who follow the car on the Facebook IS Owners Club. My request for photos to accompany this story yielded a very big response in under one hour.

Related Stories:
2015 Lexus V8 RC F coupe will mean the end of the IS F sedan
Comparison test of the 2015 Lexus IS 250 AWD vs IS 350 AWD reveals important differences

Aaron Turpen wrote on August 23, 2014 - 2:11am Permalink
Actually, the car here wasn't destroyed, it was just damaged. I wasn't told what the damage was, only that the loan would be delayed and possibly canceled, depending on how long the car had to be in the body shop.
John Goreham wrote on August 23, 2014 - 10:17am Permalink
Thanks. True also of the one I saw crash. Just the side body was damaged. That car had less than 100 miles on the ODO. They literally drove it from the port (NJ) to the event. Crashed in turn 1. It was raining so hard the event should have been cancelled. I saw the crash because I decided not to drive and volunteered as a pit-in flag guy. No fault of the car.