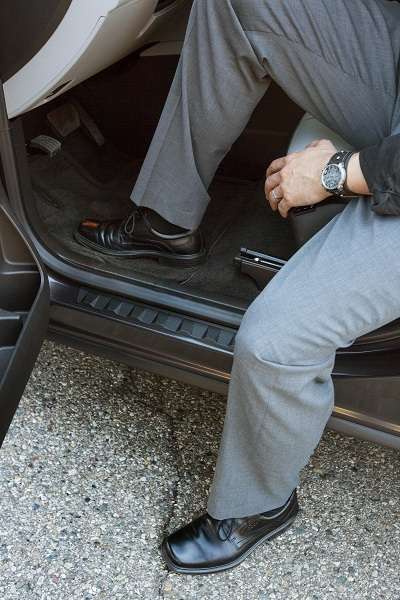 Should all cars be easy to operate

Chevy shines a spotlight on universal design and ease of use with the 2013 Equinox as its example.
Advertisement

Where should the horn on a 2013 Chevy Equinox be? Should it be easy for most people to enter and exit the vehicle, or can Chevy just make it easy for fit people? Should all navigation systems have similar menus? The answer to these questions is not so obvious. The topic is called universal design and Chevy recently brought the topic to the forefront in a press release using its Equinox as an example.

In the information released by Chevy, the examples of universal design and ease of use design include a simple to step over sill (once called a rocker panel) under the door. If that sill requires a step over some drivers with limited mobility would have a hard time entering and exiting. Careful, thoughtful design can eliminate the issue. To the contrary, some vehicles are purpose built. For example the Lotus Elise is a track car thinly disguised as a road car. When one first opens the Elise door the sill to step over is the size of a carry-on bag. Entering requires dexterity, flexibility, bravado, and faith. However, that thick sill is actually a part of the vehicle's box frame and it gives the car such rigidity it impacts the car’s cornering in amazing ways. The Chevy Equinox is a general purpose vehicle so ease of entry matters a lot.

It can be argued that some design elements would best be similar on a Chevy Equinox, Chevy Corvette, and a Chevy Silverado, any vehicle for that matter. For example, at a recent press preview my co-driver and I were testing a new car that was outstanding in pretty much every way. We won’t tell you the name of the vehicle but it rhymes with “Lexus ES300h.” Despite my co-driver’s many years of testing cars and infotainment systems, and the fact that the other person in the car owned two modern Lexus vehicles, nobody could figure out how to turn up the volume of the navigation system. It was too low to hear (perhaps adjusted by a cheeky journalist who had just given up the vehicle ahead of us?) This highlighted for the group that navigation systems are becoming almost universal now. Shouldn’t a driver be able to plop into the seat and quickly make it work without watching a DVD, or reading a operations manual as thick as War and Peace? The brake and accelleration pedals are always right where expect them, shouldn't the volume controls for the navigation system also be predictable?

Commenting on universal design Carl Wellborn, senior staff engineer and project manager, GM Design and Technology Fusion said “Universal design is the key to unlocking usability solutions and implementing them successfully.” One simple example of universal design that helps folks of all mobility levels is the Equinox rear view camera. No longer really a luxury feature, the rear view camera only costs automakers a few dollars to integrate to an existing infotainment system. Yet, its value can be much greater than that if it helps people see behind the SUV, particularly people for whom twisting is difficult.

Universal design and ease of use are two related issues that more automakers should discuss openly.

Aaron Turpen wrote on July 5, 2012 - 7:41pm Permalink
I would like it if most carmakers would just agree that not everyone is 5'10" and 150 pounds. I'm 6'3" and have a very hard time getting into and out of (or just sitting in) many of today's cars. Funny thing, most of the culprits are American designs (like the new Dodge Dart) rather than foreign. I should get the Big and Tall Club together and collectively sue the auto industry for causing bad knees and neck cramps. :)