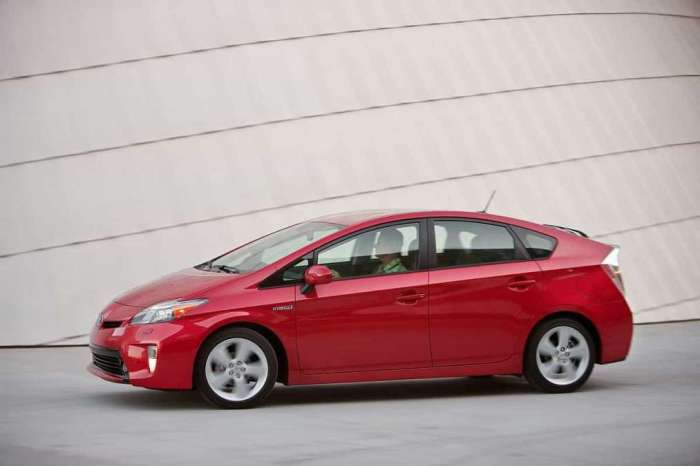 Shopping For A Used Toyota Prius - Avoid These Troublesome Years

The Toyota Prius can be a great used car buy. However, there are two major problems to avoid. Here are the years to skip.
Advertisement

The Toyota Prius is a fantastic used car purchase. The Prius has proven itself to be a reliable, affordable vehicle in the used market. Toyota, and the Prius, both win awards over and over again for reliability, durability, and quality. So why the alarm? Not so much an alarm as a heads up that some years have proven less troublesome than others. So why buy one of the years owners have had issues with?

Toyota Prius Excessive Oil Consumption Issue
The Toyota Prius has experienced a problem with excessive oil consumption. The problem generally manifests itself shortly after the 100K miles mark. Not a bad time for a problem to start if you owned the car new. However, if you are buying it used, why buy into a problem?

Here’s what one owner said at CarComplaints.com about the issue:
“My 2010 Prius was able to go 10,000 between oil changes without issue and then it suddenly started consuming oil excessively when it reached around 100,000 miles. I now get the oil changed every 5,000 miles, but I still have to add 4 quarts of oil in between oil changes. There are no puddles of oil anywhere to indicate a leak, and there's no black smoke coming from the exhaust to indicate it is burning. I'm not sure where the oil is going but is definitely not in the engine. I understand that older vehicles need to have the oil checked and topped off regularly, but going from 10,000 miles between oil changes to having to refill 4 quarts of oil after around 3,000 miles, it's ridiculous. There was supposedly a lawsuit about this, and I heard that Corolla and Camry had a similar issue and the engines were replaced under a recall. Please recall the Prius and fix this issue!”

Which Year Used Toyota Prius To Avoid - Engine Problems
Is that the type of car you want to buy? You can avoid it. The two years in which the Prius most commonly had the oil consumption problem were 2010 and 2011. CarComplaints brands both years of the Toyota Prius with the ‘Avoid Like the Plague” stamp of disapproval.

Toyota Prius Lighting Issue
Another problem that used Toyota Prius owners often report relates to lighting. The lights go out, are replaced, and then fail again. Here’s what one owner told CarComplaints: “The headlamp failure in this Prius has now occurred for the 6th time. The first two times were covered by warranty - all subsequent failures I had to pay the cost of replacement. This must be a design flaw and Toyota has not responded to the many complaints that they have received on this problem.”

Since the oil consumption and also the headlight issue overlap the 2010 and 2011 model years, we suggest that used Prius shoppers consider a purchase of one of these two years carefully before buying.

Do you own a Toyota Prius with either of these problems? If so, tell us in the comments below how you dealt with it and if there was a successful fix. You may save a fellow Prius owner some trouble.