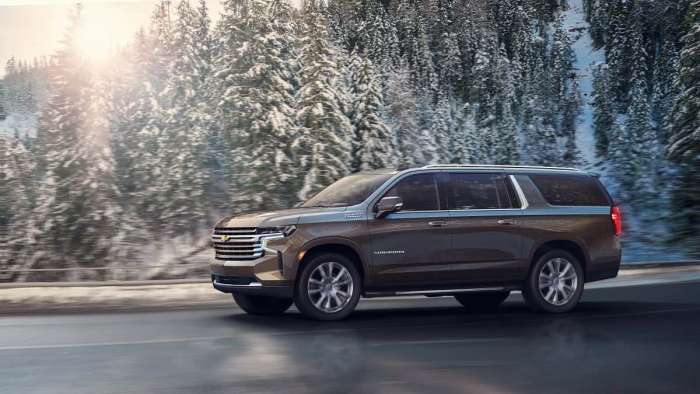 General Motors has for years been promising a move to an all-electric future. Its newest products show that commitment was all just posturing.
Advertisement

General Motors has in many ways been an electric vehicle leader in the Automotive industry. GM has offered electric vehicles off an on since the mid-1990s. The Chevy Volt remains a leading seller in history among affordable electric vehicles in the United States. GM has also had the broadest lineup of vehicles with a plug in the US market. However, as we sing GM's praises for past accomplishments it is hard to ignore a pledge that GM began making in 2017. That is the company's "All-electric future." 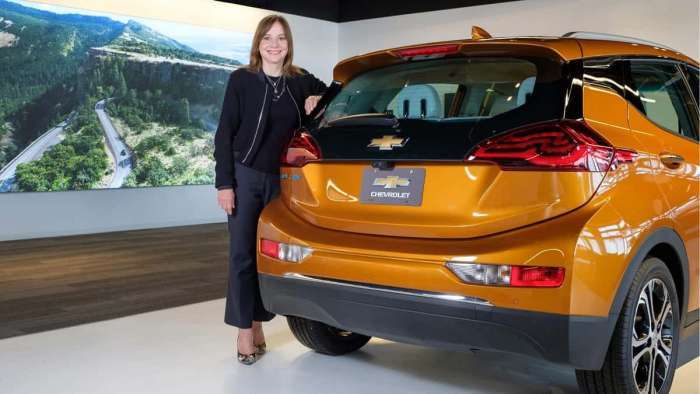 EV Reality vs. Hype
Let's face it, the electric vehicle segment in the automotive industry has become known for hype, false promises, and vaporware. EVs companies that don't have a production line "launch" new models. Companies with a tiny amount of EV sales, less than even one mainstream gas-powered model at other companies, are hyped as having "changed the game." Factories are always "Giga", regardless of whether their output is smaller than many older conventional factories. We could keep going. But the EV fans won't be convinced, and the folks are uninterested in EVs are not reading this. 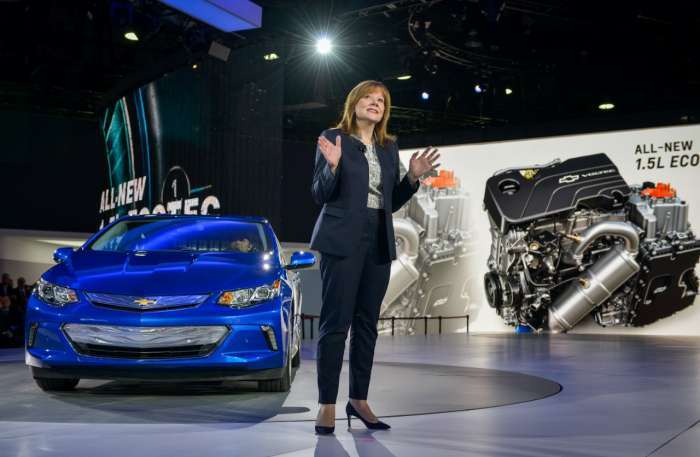 Isn't GM Different?
When GM first began committing to its "all-electric future" full of promises of zero crashes and zero emissions, we sort of believed the company. GM, like Ford, Toyota, and VW, have a long tradition of keeping mum on new products until they are ready for sale and until the production network is already established. So, when GM spoke of an all-electric future, we assumed that they were already well underway with the plans and product designs that would take us there. It seems we were mistaken.

We can't be faulted for having hope. By 2017, GM had been selling EVs in the modern era for ten years. GM had not only the Volt EREV, and Spark EV, but the Bolt BEV on dealer lots. Plus, GM was well past the point of having tried hybrids across all of its platforms, including its trucks. So, why should we have had anything but faith that in the coming years GM would start to march out its EV lines starting with its most important product lines?

New Milestones Point To GM's Reality
Since then a few milestones stick out in our minds. One is the new Corvette. The Corvette is GM's flagship car in many ways, or halo car, if you prefer that term. It is an aspirational vehicle that highlights GM's latest technology advances. We love the Corvette. We love that it has a V8. But this new product does not square in any way with an "all-electric future." But again, the "Vette is mainly a small-volume, special purpose car.

The next milestone was the new Silverado and Sierra. GM is out of business without a very successful pair of pickups. Protected by a 25% import duty since the Johnson administration, these cash-cows make the company work. Yet, when launched, no EV version. No plug-in of any type. Not even a hybrid. Huh. 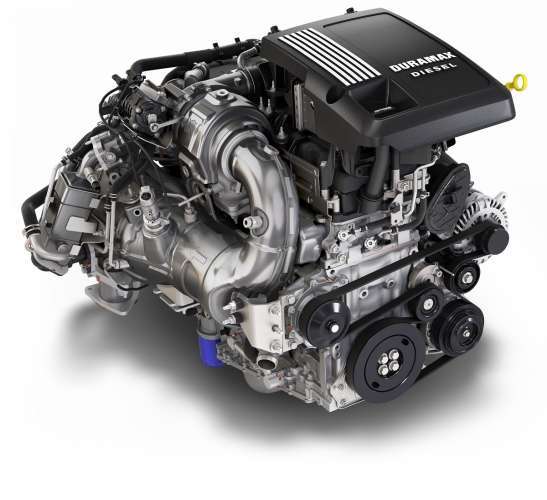 Last night GM launched its new Suburban and Tahoe. No hybrid, no plug-in, no EV. So now GM has updated its two most important product lines and offers not a single green version of any of the models that makes the company work. Every single trim has a V8 engine. Except the diesel of course. That's a 3.0-liter six-cylinder. If you still think diesels are green you have missed some fun scandals.

What Does The CEO of the "All-electric" Company Drive?
The last milestone (and these are certainly not in order by date) is a comment almost nobody noticed at the tail end of an interview this year of Mary Barra, GM's CEO. At an energy forum where GM had delivered a bunch of EVs to highlight its top to bottom commitment to an all-electric future, Ms. Barra was asked, almost by accident, what vehicle she herself drives. A Cadillac Escalade was the answer. (Timestamp 9:18 in the video above) Here is a challenge for you. Try to find a GM media image with Mary Barra standing next to the full-sized, gas-burning SUV she actually drives. We can't. However, GM images of Ms. Barra next to a Volt or Bolt are everywhere.

How can a company with a CEO that drives one of the thirstiest gas-burners in production without a single green version of its most important product lines be taken seriously when it says it is working towards an "all-electric future?"

John Goreham is a life-long car nut and recovering engineer. John's focus areas are technology, safety, and green vehicles. In the 1990s, he was part of a team that built a solar-electric vehicle from scratch, in the role of battery thermal control designer. For 20 years he applied his engineering and sales talents in the high tech world and published numerous articles in technical journals such as Chemical Processing Magazine. In 2008 he retired from that career and dedicated himself to chasing his dream of being an auto writer. In addition to Torque News, John's work has appeared in print in dozens of American newspapers and he provides reviews to many vehicle shopping sites. You can follow John on Twitter, and connect with him at Linkedin.

John Falk. wrote on December 11, 2019 - 11:41am Permalink
Again all over the internet. Chicken Littles. The sky is falling! GM is not stupid. There electric program is coming. It may be taking longer than you want. They are putting their resources into cars. Forging alliances with others to build charge infrastructure. Investing in a factory to produce batteries with LG chem. Stop with an opinion piece. Wait until nothing happens then question. Look at Tesla’s missing the mark on their releases. GM is playing it close to the vest
Steve wrote on December 11, 2019 - 1:32pm Permalink
This is essentially reasonable, with the added caveat that the elongated strike seems to have held back even the concrete EV improvements GM has lined up in the longer-range 2020 Bolt EV. But the counterpoint is equally important: what is the competition doing and how long can GM keep quiet on its plans before they're beaten to the punch? The answer in some key segments is "not long.' In 2020, both Ford and Tesla will release compelling BEVs in the important crossover/small SUV space. The Mach-E will have full federal tax credits, while the Model Y is likely to be released earlier than Tesla planned and sell beyond the foundation laid with the Model 3. Meanwhile, VW and Volvo have similar concrete plans with the ID. 4 and XC40 Recharge. GM has nothing but a rumor of a rumor with the Bolt EUV, which surely now can't emerge until mid-late 2021 at the earliest? They could surprise us, but it's increasingly looking like they'll cede this segment to their competitors. Electric trucks? Competitors won't have much out here until late 2021/early '22. Your "close to the vest" theory could still play out here, as they could still meet this timeline with an announcement in the next six months or so. In general, even if the much-maligned "20 all-electric models by 2023" refers to worldwide markets, GM has a lot to announce to get anywhere near that objective. The cancelled Volt and glacial improvements to the Bolt point to a company being rapidly overtaken as the third wave of EVs (high performance, 300+ miles, 150 kW charging etc.) arrives next year. While I agree that they still have time to claw back to the front of the pack, time is running out and everything could rest on how capable the BEV3 platform proves to be.
DeanMcManis wrote on December 11, 2019 - 8:38pm Permalink
John, Steve, you are right on all counts. I had 3 Volts and now have a Cadillac ELR, all EREV/plug-ins, and I thought that it was foolish for GM to kill off every hybrid vehicle, and leave only the Bolt to compete against a growing group of EV competitors. But they said that they were going to skip the transition hybrids and go to only building BEVs. That would have been a sketchy situation alone, but now time has passed and there are no new BEVs from any of the GM lines (in the U.S.) which is sad and disappointing. GM said that Cadillac would be the “Vangard” for their future EV line, but nothing solid has emerged, and it is uncertain if they will release any BEVs next year. Meanwhile, the Model Y is coming next year, followed by the Mach-E, and several BEVs, and Toyota is coming up with their PHEV RAV4 Prime, all screaming missed EV opportunities for GM that their competition will happily take advantage of. I reminds me of their decision to drop the Camaro because of lower sales, and Ford ate their lunch for years with the ever improving Mustang. All I have to say is Tick...Tock...