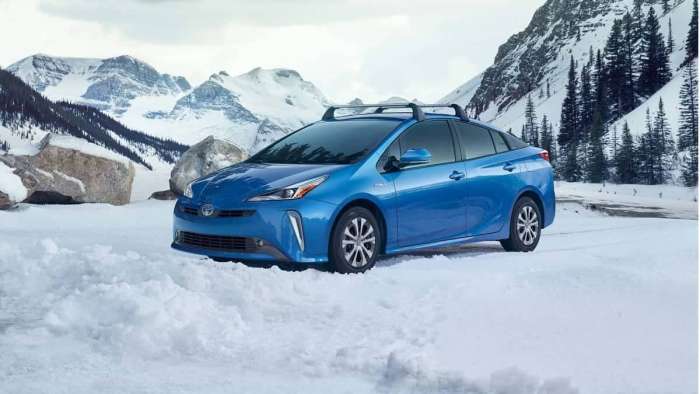 Prius Sales Fell Off A Cliff In January - Was It Tesla, Or Could This Be The Real Reason Why?

Toyota Prius sales declined at the fastest rate in a decade in January. Maybe the reason isn't what we all assume.
Advertisement

The Toyota Prius has been declining in sales in the U.S. since its high point in 2007. Yes, for over a decade, and since before Tesla was selling cars in any meaningful way, the Prius has been past its peak, as the saying goes. Everyone wants to tell you why this is happening and nobody wants to do any math or research. So, we figured we would run some numbers. 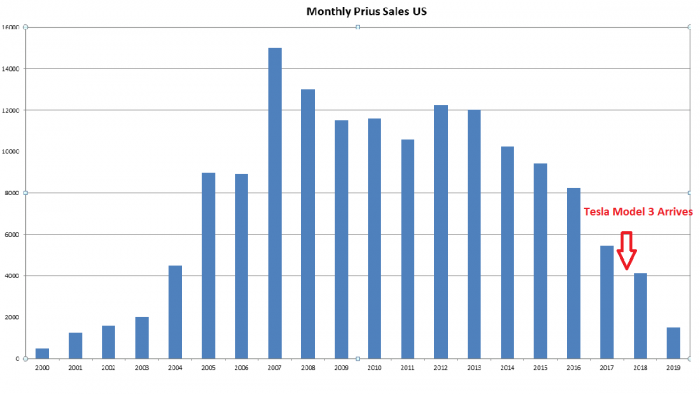 In 2007, Toyota was selling an average of about 15,000 Prius vehicles in the U.S. every month. By any measure that is a very large number of vehicles. Only a handful of vehicles of any type sell in that volume and none of them are affordable green cars. By 2009, that number had dropped to about 11,600 Prius cars each month. And still, the Tesla Model S has not entered the picture. In just two years the Prius had declined by 23% in sales and other green vehicles had nothing to do with it, since there were no Leafs, Volts, Or Teslas to be bought as alternatives.

These sales drops have been annual. Hold on to your hat. From December to January, that is the last two months, Prius family sales dropped 57%. That includes the Prius Prime, which had been helping the Prius family numbers. In January, Toyota sold just 1,540 Prius sedans. We think there are two reasons for this.

The first is other green car choices. The Tesla Model 3 is certainly on that list, but so too are the Honda Clarity PHEV, new Honda Insight, Hyundai Ioniq family, Kia Niro family, and Camry Hybrids. The second reason is that Toyota announced in late November that the Prius will be available with All-wheel drive starting in early 2019. It is winter in America and it is not much of a leap to think that Prius shoppers driving through snow to look at Prius cars may be thinking of waiting. Toyota also has a new Corolla Hybrid coming, which was announced this past month. With two new options just around the corner, it is no big surprise that some Prius shoppers are holding off.

Related Stories:
Toyota's Prius Sales Are Now Half of What They Were In 2015 - Here's Where Those Sales Went
2019 Toyota Prius AWD-e vs. Subaru Impreza- Space, Safety, Performance, Ground Clearance, Price Comparison

kent beuchert wrote on February 4, 2019 - 5:59pm Permalink
Tesla sales are the ones getting hammered by the competiiton.
yort edub wrote on February 5, 2019 - 12:25pm Permalink
Or it could be because the Prius is ugly as sin. The prior gen was boring but at least it wasn't painful too look at.
Michael Hynes wrote on May 27, 2019 - 8:29pm Permalink
Amen! My 2008 Prius looks better than my 2014, which is kinda homely and sharp in the wrong places. But the new ones .... hoo boy! I love my 2 Priuses (Prii?) to death ... absolutely fantastic, practical, economical and all-around great cars! It's time for me to get a new one (other two going to kids) but I cannot bring myself to buy a new one because they are so hideously butt-ugly. I'm not sure what's worse: the back or the front. It's doubly ugly. And the colors are boring at best. I'd buy a used one but I need to get the California car-pool sticker and that means I need a current model. Fix this please, Toyota!
John Goreham wrote on February 5, 2019 - 6:21pm Permalink
Your opinion on the looks is as valid as anyone's, but the current Gen went on sale in early 2016 in the US, so it's hard to pin any recent steep declines on that. 2016 wasn't a bad year of sales, and Prius had nine years of declines ahead of the current look.
yort edub wrote on June 1, 2019 - 8:03am Permalink
My opinion of the less than attractive fourth generation must have been shared by many as Toyota already gave it a facelift and revised the ugly butt. It's better but lipstick on a pig and all that.
Mark Lewus wrote on June 27, 2019 - 10:07pm Permalink
Don't underestimate the affect of no longer having a spare tire, That's a complete deal breaker for me.