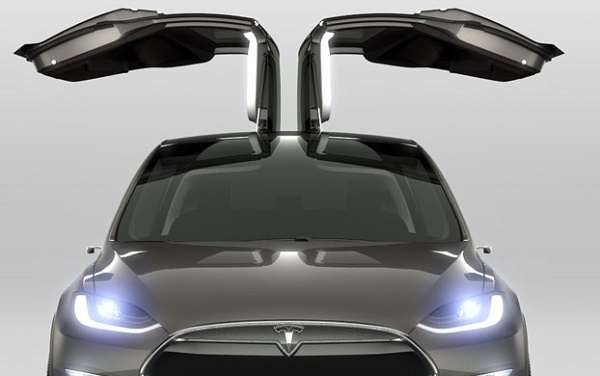 Panasonic is signaling some hesitation to partner on the Tesla Gigafactory. Here’s one person’s view on why this might be.
Advertisement

Panasonic’s President, Kazuhiro Tsuga, is being characterized by news outlets today as wavering over involvement with the Tesla Gigafactory. Although we don’t know Mr. Tsuga, we have no doubt that he is wavering over the multi-billion dollar investment, and we also suspect he will come around.

In its story today titled “Panasonic Hesitant to Commit to Musk’s Tesla Battery Gigafactory,” Bloomberg says that Mr. Tsugo made comments indicating that the Gigafactory would put Panasonic’s investment at risk. Actually, they said the plant “would raise investment risks.” That can be taken a number of ways. One way is that by putting all the eggs in one basket, the investment is at risk. In my 25 year career in high tech sales I saw manufacturing plants under water in floods, hit by Tsunamis, damaged in earthquakes, and laid to waste by tornados. In fact, Panasonic Corp., named Kazuhiro Tsuga president "three weeks after forecasting a record net loss because of slowing demand for TVs and production halts caused by floods in Thailand." This again according to Bloomberg. So, yes, one ginormous plant, instead of a series of plants, to get the job done does involve some added risk.

There is also the obvious risk that by building a plant nowhere near civilization (have you seen Tesla’s photo?) if the plant were to fail due to market reasons, it is pretty unlikely the place is going to be much use for other purposes. If nobody else needs a $5 billion factory that makes giant battery packs that cost $25,000 and can propel a 5,000 pound car 230 miles, the plant is going to go belly-up.

Then of course there is the snail darter. If while nearing completion, a cloven hoofed grizzly lair is found, or a tiny fish or a bug that is endangered, or a native burial ground, you might as well call the whole thing off. Google Cape Wind. A bunch of smaller facilities helps make these “uncontrollable factors” a little bit more manageable.

All that said, the cold feet on Mr. Tsuga could also be cultural. I had the pleasure of working for a Japanese joint venture for about 10 years. Although I am certainly no expert on Japanese culture, it is pretty obvious that the Japanese are a risk-averse culture. It is rare for the top dog to make any decision in a vacuum. Top managers at Japanese companies will figuratively throw themselves on a sword if a huge plan does not work out, but in my experience Japanese top managers like to ask their close subordinates to help carry the risk of the decision going bad. That forces those managers to then spread the risk among their peers and their subordinates. The end result is a lot of hand-wringing. Eventually the upside to this is that the idea is fully vetted. The problem arises when the decision has to be made faster than the circular firing squad can be lined up for a test-run. This is not a uniquely Japanese occurrence and not necessarily a bad thing if predictable success is the goal.

The most surprising thing I ever found about Japanese business was that it is common for successful companies to have a 50 year plan. Some have longer plans. There are many advantages to this and security is one of them. There are also some disadvantages. One disadvantage can come to light when a businessman, who is successfully navigating a company he cares deeply about through year 30 of a 50 year plan, meets a billionaire that started up, made successful, and then sold out of a business all within about 10 years. The comfortable, successful, hard-working and very, very wise Japanese business man looks at that potential business partner and realizes that the other guy (Musk) is going to be bail for one reason or another before long. That is sometimes very difficult to get past. I bet Mr. Tsuga will get past it. This is a once in a lifetime chance.

Related Stories:
How Tesla's Gigafactory will remove doubts about battery production
Tesla Gigafactory could be built in Texas

mike w wrote on March 27, 2014 - 7:09pm Permalink
I had this same thought the other night while reading an article about solid state lithium ion batteries from start up Sakti3. If and its an IF this technology comes to market the Tesla gigafactory would be impacted. I can understand Panasonic's concern.