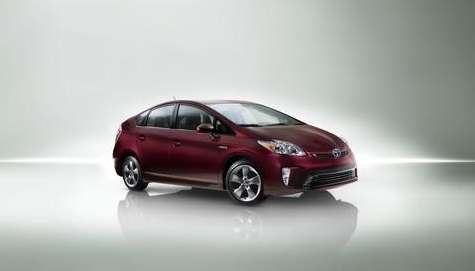 Wouldn't you like to know the actual cost to run an electric car versus other green car choices? Don't trust the sound bytes. Here are the facts.
Advertisement

The new U.S. Department of Energy eGallon equivalent is a tool that can be used by electric vehicle buyers to determine how much they would pay in electricity versus what they would pay in gasoline for a similar car powered by regular unleaded gas. When the government chooses the variables such as the cost of electricity, and it chooses the miles per gallon of the car, the example comes out fantastic for EV owners. However, what if we were to use some actual numbers instead of the averages the government picked? The comparison between two very green choices in automobiles is not so dramatic, and in fact when all the factors are considered gasoline powered hybrid cars look very appealing compared to electric.

Here is how the USDE came up with its formula. It multiplies the MPG of a car by the rate at which an electric car uses electricity then multiplies that times the cost per kilowatt/hour your electric utility charges you. Here is what it looks like, and this is straight from the USDE website:

Don’t give up on the story! You can study the math at this link on the government site and hurt your brain later if you want to. Here is what we did. Instead of using the 28.2 mpg that the government example chose, which it says is the average mileage of small and mid-size cars in the US, we want to use the Toyota Prius’ mileage. The Prius is a great example because it was the first huge selling green car, and its current city and highway mileage are almost exactly the same, and it gets a nice even 50 mpg combined. And instead of using the government’s average of all electric cars usage let’s use the Leaf’s actual number of 0.34 kWh/mile of power consumed. Finally, let’s use last month’s actual cost of electricity in Massachusetts from NSTAR rather than a fictional national average. Here is how the numbers come out:

This means that according to the government’s formula driving a Leaf will cost you the equivalent of $2.89 per gallon versus driving a Prius. Cool, case closed, the EVs win, right? But wait. There is no road use tax on the electricity. There are both state and federal sales taxes on gasoline which are supposed to pay for maintaining the transportation system. What if we evened things up a bit (which some states are doing) and added the same tax you pay on gasoline to maintain the roads to the eGallon rating for an electric car? That would be 42 cents here in Mass. Now the eGallon equivalent is $3.31. Whoa. Almost the same as the current cost of regular unleaded here in Mass, which as of this publication date is $3.49.

Stopping for a moment, let’s do some more fun math. To travel 10,000 miles in one year a Toyota Prius uses just 200 gallons of gasoline. Using the fuel cost of $2.89 for the Leaf vs $3.49 for the Prius the difference in fuel costs per year is $ 120. If the taxes were evened up the cost difference is $36.00. Given the many benefits of the Prius (extra seat, triple the range on a full fuel tank, the ability to fuel up in less than 5 minutes anywhere in America) the Prius suddenly starts to have some appeal for a person wanting to do what is right for the environment. You can also see why EV advocates are concerned about being asked to help pay for the roads they drive on. They know that the operational costs of EVs suddenly compare poorly to other green car choices.

Just for grins and giggles, what if we used the Tesla Model S (0.38 kWh/mile) versus the Prius and evened up the taxes? Well then one gets $ 3.65 as the cost per gallon for fuel of a Tesla. The Prius costs less to run than the Tesla - if we even up the road use taxes. Without that adjustment the number is $3.23. That is silly comparison though because the Prius does not compete with the Tesla Model S. One is a mainstream green car and the other is a car that only the wealthiest Americans will ever come close to being able to afford.

We have other stories on the eGallon our readers might like. Run the numbers using your own electricity costs and see how much you will save on fuel costs buying an EV versus other green car choices.