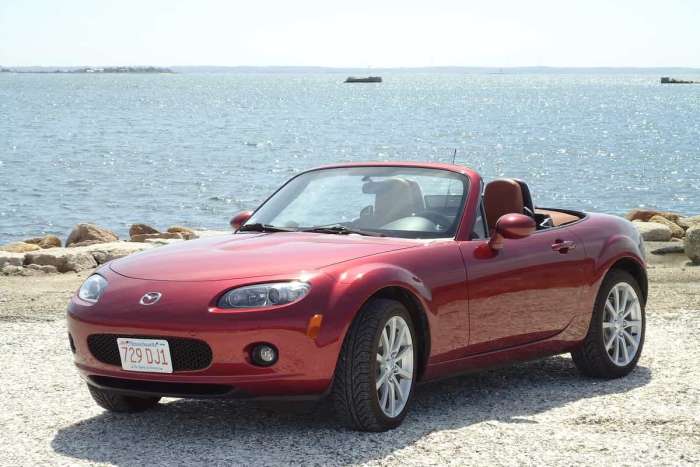 The Mazda MX-5 Miata earns one of the industry's most respected awards for used vehicles.
Advertisement

This week, the 2016-17 Mazda MX-5 Miata was named 2019 WheelsTV POV of the Year at the annual New England Motor Press Association (NEMPA) Tech Conference at MIT. The WheelsTV POV of the year is a highly-respected international award presented each year by WheelsTV and NEMPA to one very special vehicle that stands out as an excellent used vehicle choice.

The 130 members of NEMPA and the WheelsTV content and editorial staff vote on the WheelsTV Pre-Owned Vehicle of the Year Award at the annual NEMPA Winter Testing Event. The membership has a unique perspective on the used vehicle marketplace. Many of the members work at the leading used car shopping sites and members have tested and driven the vehicles nominated.

The Mazda Miata, now in its fourth generation (ND), has earned the praise of reviewers and owners since its introduction in 1989. What makes the Miata special is that it doesn't stand out in just one way. Rather, pre-owned Mazda Miatas earn respect for reliability, durability, their great looks and of course, the Miata's fun to drive nature. 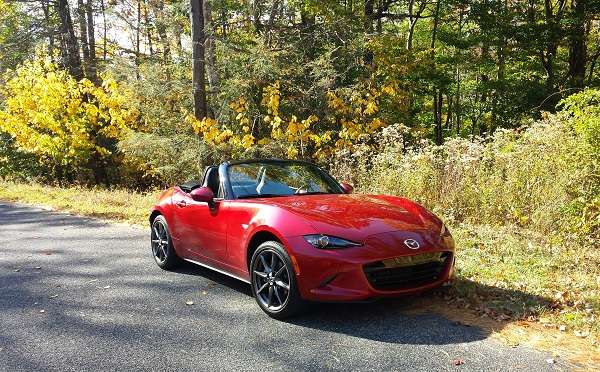 With well past 1 million units sold, the Miata is widely available in the used car market. Wheels TV specifically pointed out the 2016 and 2017 model year Miatas as outstanding values. Those looking for a more affordable option may also want to consider the NC generation from 2006 through 2015 (Shown in our top of page image). The 2006 Miata was a big leap in terms of safety, and performance from prior years' Miatas. Those looking for a turbocharged Miata may also want to check out the MazdaSpeed Miata from the NB generation.

Whichever generation Miata a buyer chooses, their "new to them" Miata is bound to provide years of trouble-free, fantastic motoring experiences.

Image Note: Images by the author. Use with permission only.

Jare wrote on May 31, 2019 - 3:25pm Permalink
From what I hear many people buy their Mazda Miatas as used ones.
Steven wrote on May 31, 2019 - 3:26pm Permalink
It's because used Mazda Miatas are tough as nails and easy to "wrench" on. Same as our 1998 4Runner and Tacoma.
Jim Barisano wrote on December 3, 2021 - 3:56pm Permalink
Hi John, While prepping for this year's WheelsTV POV of the Year Judging next week, I came across your excellent article on WheelsTV and NEMPA awarding the MX-5 Miata the POVY for 2019. I want to thank you for the fine reporting! Great job! In fact, having sold my 2004 C5 'Vette, I'm planning on a "new to me" MX-5 for my fun car this coming spring! Thanks again and best regards, Jim Barisano, CEO, WheelsTV