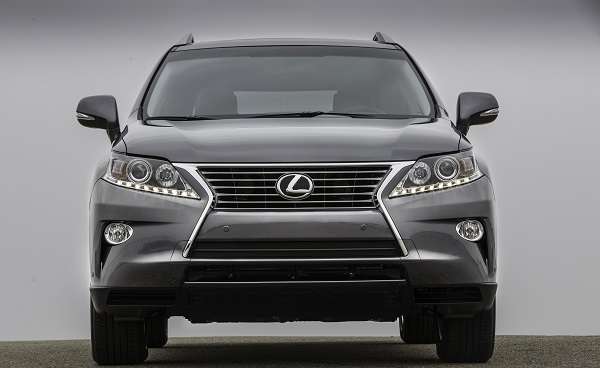 The RX 350 is the best-selling luxury crossover in existence, but is limited to 5 seats. Lexus is planning a 7-seat crossover and the name might be "Texas."
Advertisement

Lexus will soon morph the current RX 350 crossover into a 7 passenger vehicle to the delight of Lexus dealers in the US. Dealers have been frustrated that Lexus has no crossover that can carry seven, and they know they are missing out on lots of business as a result. The forums we participate in have frequent comments from dealers on the subject.

When we began reporting last year on what has become the new Lexus NX 200t and NX 300h, one of the first things we mentioned was that this new 5 passenger crossover will make it possible for the RX 350 to grow to become a 5 plus 2, seven passenger crossover. It could even be stretched to hold eight, but we seriously doubt that due to styling issues.

The current RX 350 is Lexus’ top selling vehicle and one of two bread and butter vehicles that Lexus relies on. The other is the ES 350. The current sales rate of the Lexus RX 350 and its hybrid sibling total about 96,000 units per year in the US. The Lexus RX matches the sales rate of BMW’s X3 and X5 combined. It also sells nearly as well as Mercedes’ ML, GLK, and GL sport utility vehicles combined. To say the RX 350 is important to Lexus is an understatement.

The new 2014 Toyota Highlander has now reached the size where the third row would be viable in a luxury vehicle. Will the numbskulls who review sport utes for major media outlets point out that the third row is cramped for those of 6 feet and hard to reach for octogenarians? Yes, sadly. However, back in the real world those seats are for human children under the age of 12 and Lexus is losing out to families with a need to carry more than 2 or 3 kids. And not just affluent families with a lot of their own kids. Trips to soccer and other sports, private school car pools, and dinners out with grammy and gramps (who sit in the easy to access and roomy second row), and also the kids are not possible in the RX.

Automotive News recently reported that Lexus has reserved the trademark on “TX.” Lexus has everything it needs. A fantastic platform used under the Highlander, a new NX 200t to attract the entry level and compact buyers, a fantastically successful RX 350 to feed the coffers, and soon the new, modern TX 350 luxury, seven passenger crossover to help grow the Lexus line. Even the name would be great. “The Lexus Texas.”