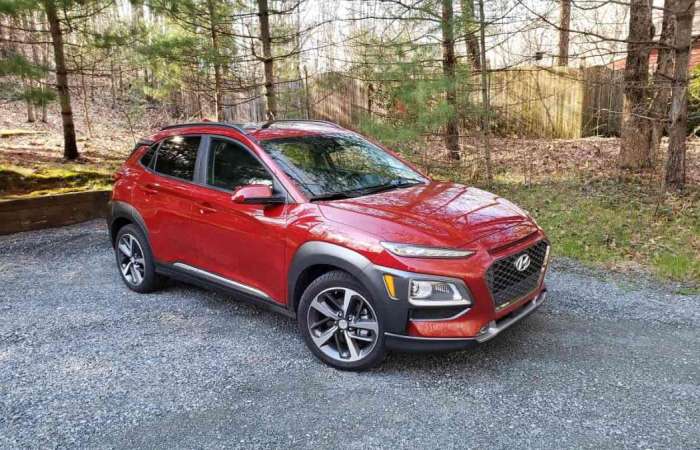 We explore an open-ended question regarding one of our favorite multi-purpose crossover vehicles.
Advertisement

Not every question has one answer. Today, we will explore the question of whether the Hyundai Kona is "big enough." Yes, it may seem like a silly question in general, but it is far from silly if you are shopping online for a new crossover and are considering the Kona.

Hyundai Kona Interior Specs
The Hyundai Kona is a 5-passenger, two-row crossover. It is sometimes referred to as a "subcompact" crossover. Don't mistake that term as being equivalent to a "subcompact car." The Kona is much larger than subcompact cars. Particularly in real-world use. The Kona's official passenger volume is 94.1 cubic feet. Vehicles similar in size to the Kona that we have tested and found to be adequately roomy are the Mazda CX-30 and Subaru Crosstrek. 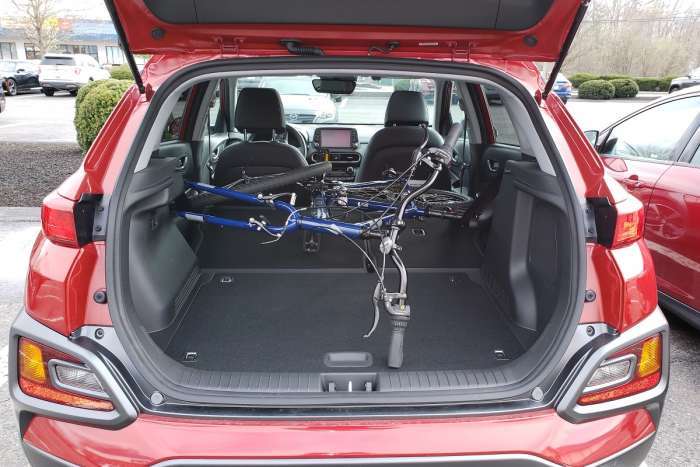 Hyundai Kona's Cargo Space
The Hyundai Kona's cargo volume is a generous 19.2 cubic feet behind the rear seats and about 46 cubic feet when those seats are folded flat to enlarge the carrying capacity. Numbers are nice to read, but what do they mean? Well, 19.2 cubic feet of cargo is roughly 25% larger in space than the trunk of a sedan like the Hyundai Elantra sedan. When the rear seats are dropped down, you can slide an adult bicycle into the Kona if you remove the front wheel of the bike. (Bikers know that is simple do with the quick disconnects). We did just that during testing. So, if you are a biker who makes a lot of solo excursions, the Kona is ideally suited to your needs. If you take a friend, you will need to get some roof-top racks.

Hyundai Kona's Back Seat Space
Inside, the Kona can carry four adults comfortably. My son is 6-foot three inches tall and has size 13 feet. He was able to sit without any trouble in the back of the Kona behind his 6-foot two-inch brother in the front seat. Headroom in the back was snug, but adequate. Legroom for both was satisfactory. If you really need to stretch out for longer trips, the Tucson or Santa Fe may be a better option. Children can sit behind adults in the Kona with no problem whatsoever.

Hyundai Kona's Driver Space
As a driver, I never felt confined in the Kona. The space is sports-car-like in that the Kona is all around you but not pinching your private space in any fashion. Visibility is good from the glass area. Larger crossovers, the Subaru Forester, in particular, has better outward sightlines. But again, those are larger, more expensive vehicles.

Hyundai Kona - Airport Test
Picking up a friend or loved one at the airport is always a good size test. We've done that duty in the Kona and it worked just fine. Could we have picked up two people at the airport? Yes. Three or four? No way.

Hyundai Kona - Family of Four Vacation Test
During a recent week of testing, the Kona only came up short on space in one way. Our family was about to head to a vacation spot for a few days. Four of us could not fit inside the Kona with all of our clothes, food, toys, and other travel items. If the four of us had only a single carry-on size bag it would have worked just fine.

The Hyundai Kona is a multi-purpose sporty crossover we love to drive. It also seems ideally-sized for a younger person or couple without children as a primary vehicle. That is one reason the Hyundai Kona was one of the few new cars that made our list of best cars for graduates. It would also be perfect in any size family if there was a second larger vehicle in the fleet.

Hyundai Kona - Other Vehicle Options
The Hyundai Kona is not the same size as a Honda CR-V, Mazda CX-5, or Toyota RAV-4. It is one size category smaller. The Kona directly competes with crossovers like the Mazda CX-30, Subaru Forester, and the Honda HR-V. This is a very competitive segment and we feel that the Kona is well worth a look if it fits your size requirements.

Hyundai Kona image by John Goreham. Re-use with permission only.