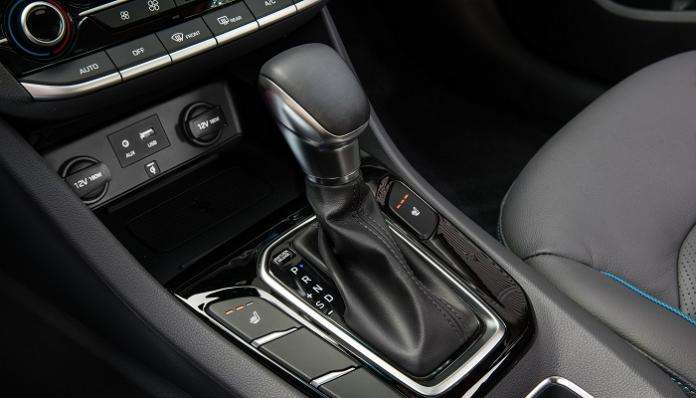 Hybrids May Save the Dual Clutch Automatic DCT Transmission – Hyundai

The dual clutch transmission has one design weakness, but when coupled with a hybrid electric drive it is redeemed.
Advertisement

If you have ever driven a dual clutch automatic transmission (DCT) you may have felt the one design weakness the transmissions have – the odd feeling when starting off. Most brands that offer the dual clutch automatics, sometimes called PDK, DCT, or DSG transmissions (for dual synchronous gears) have an odd sensation that the car is disconnected from the engine when one first starts off in one’s driveway, in either drive or reverse. It is also sometimes felt when starting off at a stop sign, intersection, or at a red light. The car does not go for an instant and then does, but with a sensation automatics with torque converters (traditional automatics) do not have.

DCT Odd Sensations
You’re not imagining that sensation according to Mike O’Brien, Vice President of Product, Corporate & Digital Planning at Hyundai. It is really a feeling most can sense and few enjoy. We spoke to Mr. O’Brien at a media day for the Ioniq. Automakers have minimized the delay or lag, but the design of the DSG makes it hard to eliminate. Except when the DCT is not responsible for moving the car when it starts off. As it turns out, when a DCT is coupled to a hybrid, like in the Hyundai Ioniq, the electric motor can be responsible for the first few feet of movement. The DCT can then be involved and when the car switches to gasoline operation there is no sensation of lag or driveline interruption.
- How Did Hyundai Eliminate the 12-Volt Battery In the Ioniq?

Hybrids Work Well With DCTs
Torque News had the chance to drive both the Kia Niro and Hyundai Ioniq recently. Both use a hybrid drivetrain and a six-speed DCT automatic, rather than continuously variable transmission (CVT) like most hybrids do. O’Brien says that automakers prefer DCTs for many reasons. First, they are super-efficient once underway. Automakers can also tailor them to have whatever gear ratios the automaker prefers. A tall highway gear is easy to add, or a short torquey first gear, or both. DCTs also don’t interrupt power the way some automatics can. They also provide the sensation of shifting, which many drivers prefer. Finally, they lend themselves well to driver-selection of gears, which was their initial appeal for sports car applications.