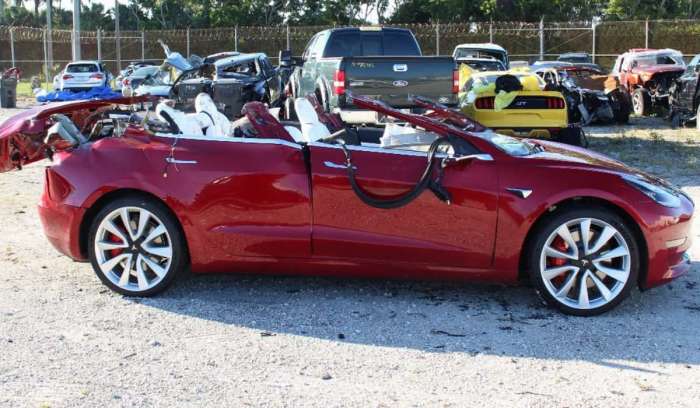 How Many Tesla Autopilot Deaths Would Have Occurred If Every Car In America Had Autopilot? Thousands

We Estimate the number of deaths and major crashes Autopilot would have caused by now if every vehicle in America had the driver-assist system.
Advertisement

We decided to calculate the number of deaths and major crashes that would have occurred since 2016 if Tesla’s autopilot had been installed on every passenger vehicle in America over the past three years. Every model that Tesla sells has now killed an occupant while the vehicle operating on Autopilot. The deaths are not behind us. The latest crash was just nine weeks ago in Tesla’s newest model, the Model 3, and since Tesla updates its cars automagically using telematics, we can safely assume this vehicle had Tesla’s latest and greatest version of the driver assist program. 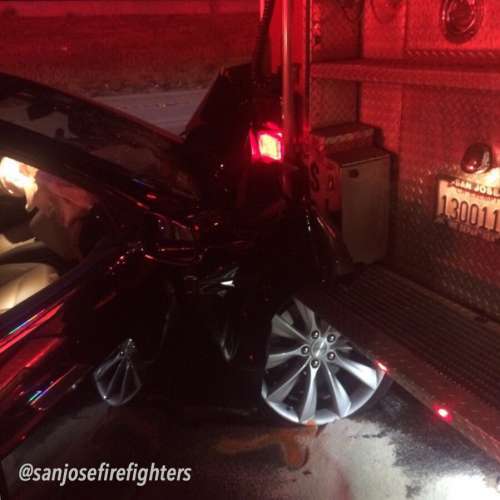 Latest Autopilot Crash Death
In March, a Tesla Model 3, the company’s newest vehicle, killed its occupant while it was operating autonomously on Autopilot. This according to the latest report by the National Transportation Safety Board, NTSB. The fatal crash was almost identical to one that occurred three years ago in 2016. Thus, it is only fair to assume that Tesla’s Autopilot still contains the underlying flaw, lack of safeguards, or lack of safety defaults needed to prevent the same accident from happening again. Tesla fans jump to the defense of the company and its Autopilot system. Many blame the driver. Others the driver of the other vehicle. Others the world at large in the case of a Tesla Model X that steered straight into a highway median killing an Apple employee. Many point out that Autopilot is worth the risk since they guesstimate it will save lives if widely adopted. They argue it is safer than a human driver.

What If Every Vehicle Had Autopilot?
That is where we got the idea to simply multiply up the number of deaths and crashes that would have occurred if Autopilot was on every passenger vehicle in America. Tesla’s Autopilot is only found on a tiny fraction of the vehicles in the U.S. passenger fleet. Less than half a million Teslas in a U.S. fleet of over 263 million registered vehicles. The number is so tiny it is hard to even work with. Luckily, an MIT researcher has already saved us much of the work. Lex Fridman has been tracking Tesla’s Autopilot for years. Fridman calculates that as of April 2019, Tesla’s Autopilot has driven its occupants 1,356,442,569 miles (primarily in America). So, in other words, about 1.4 billion miles in total since Autopilot was first deployed at the end of 2015.

Tesla Autopilot Miles Driven
Since it was deployed, Tesla’s Autopilot has been linked to seven major crash events, and we will focus only on those. They include non-fatal, but very serious crash accidents into the back of three firetrucks and one police SUV. The fatal U.S. crashes included two into semi-trailers and one into a highway median barrier. Tesla owners report non-fatal and non-serious Autopilot crashes frequently. They even post videos of these Autopilot crashes. To make things as fair as possible for Tesla, we will ignore all of these minor crashes and just count the seven very serious ones widely documented. We will count all Autopilot miles driven in all countries, but will only count passenger vehicle miles in the U.S. to make the number appear more favorable to Tesla. By counting just the U.S. miles in total, and the total global Autopilot miles driven, the calculated Autopilot crash rate will be lower.

U.S. Passenger-Miles Driven
Here is the other piece of the puzzle. We know the passenger miles driven in total in the U.S. It is a widely available number. 3.2 trillion in 2018, 3.2 trillion in 2017, and 3.1 trillion in 2016. To again make the numbers more favorable to Tesla, we will not count any miles in 2015. We use 1 trillion miles as the number driven in 2019 thus far. So the total number of passenger miles since the start of 2016 we will multiply by will be 3.2+3.2+3.1+1 trillion, or a total of 10.5 trillion miles. We know that Tesla has a serious Autopilot crash about seven times per every 1.356 billion miles. That equals 9.492 serious crashes per 1 billion Autopilot miles driven. A trillion is one thousand billions. So, multiplying by one thousand, we can say that the expected rate of serious autopilot crashes is about 9,492 per trillion miles driven.

Autopilot Crash Rate Calulation
Thus, here are some conclusions from this very non-scientific analysis:
Serious Crashes By Autopilot If Every Passenger Vehicle In America had Autopilot Since 2016 = 99,666, or about 30,000 per year.
10.5 trillion x 9,492 crashes per trillion miles = 99,666 Divide that by 3.3. to get the annual number.

Here we must add a multiplier to reduce the rate of Autopilot deaths. The reason is that not all the miles driven in America were “qualifying” Autopilot miles. In other words, many of those miles were city miles and single lane roads where Autopilot is not supposed to be used (though it often is). Reduce the number by whatever factor you like. 1/5? Your call.

Autopilot Crash Rate Analysis
At first glance, these numbers may look favorable to Tesla’s Autopilot since the total actual fatalities per year in America are about 37,000 per year (and the number per mile driven has been falling). However, Teslas equipped with Autopilot do not travel all of their miles using the system. It doesn’t work in all situations. So, the deaths by speeding, deaths related to alcohol, deaths caused by driver distraction, and all of the other reasons people are killed in auto-related incidents would still happen to Tesla cars (when not operating on Autopilot). Also, the 37,000 auto-related deaths in American include a substantial number of motorcycles (about 1/7th the total) as well as ATVs, commercial trucks, buses, etc. The number of auto-related deaths due to cars that crash into something is just a fraction of the total deaths each year.

Draw whatever conclusion you like from this analysis. Find the goodness in it if you can. However, we can’t imagine a world where vehicles operating autonomously drive their occupants at high speed into things on a daily basis being allowed by regulators.

If our numbers are wrong, we apologize in advance. Please feel free to extrapolate how many deaths and serious high speed crashes you think would be caused by Autopilot if every passenger vehicle in America had used it for the past few years. Show your math. It is likely to be better than ours. If we have any simple math errors we will correct the story as they are found.