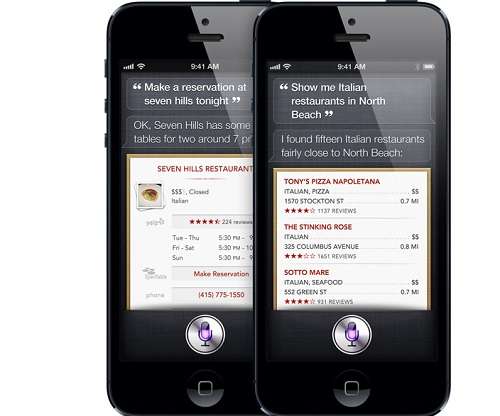 Honda will integrate Apple's Siri in select models in 2013

Now Honda and Acura drivers will have a companion to ask "where was I going again?" as Siri joins the Honda family.
Advertisement

Honda and Acura will integrate Apple’s all-knowing Siri in vehicles starting this model year. Automakers have long profited from information and entertainment (infotainment) systems in vehicles. A typical “Navigation and Technology” package can cost $2500 or more. The problem for automakers is that their customers know that they can go almost all the things they need to do with that expensive package for free using apps on their smart phones. Furthermore, excellent GPS systems cost about $250 now, so the 10 X markup is giving buyers pause. For that reason, and to stay current, automakers are now offering better vehicle integration with driver’s smartphones.

Slowly, but surely the people who make our computer software are taking over in-car electronics. Ford’s huge leap forward (too great a leap in the eyes of many reviewers) with the My Ford Touch and Synch systems relied heavily on content from Microsoft. Many of the complaints about the system having too many menus, being a bit glitchy, and difficult to learn quickly, mirror some of the common complaints about operating systems. Ford has seen its quality ratings in customer surveys drop as a result of this well intentioned drive towards new technology.

Other automakers are taking a more measured approach. Daily there is news that an automaker is now allowing a smart phone to integrate directly with the graphical user interfaces built into the cars. Pandora and other popular services can be used this way on numerous models now. Rather than create their own, likely poorer versions of such services, the automakers are picking and choosing who to work with based on return on investment and customer marketing information. An excellent example of an automaker picking a winning web-based software program to integrate is Hyundai/Kia’s decision to begin to offer Google Maps in their vehicles.

Siri will be able to listen to commands from drivers and execute those commands. This hands and eyes free operation will even be smart enough not to illuminate the smart-phone’s screen eliminating one les distraction in the cabin. Anyone driving at night with a blue flashing light at the top of a smart phone knows that the “Bluetooth is working” light is useless and annoying. Apple and Honda are wise to think ahead this way. In a statement to the press Vicki Poponi, assistant vice president of automobile product planning, American Honda said "iPhone has become so integral to people's lives that they continue to use them in their vehicles. Offering Honda and Acura owners Siri and its Eyes Freemode via Bluetooth is an incredible opportunity to provide next-generation connectivity and meet our customer's ever-changing needs."

iPhones running iOS6 will be able to operate the system in their Honda Accord, Acura RDX or ILX later this model year as integration rolls out.