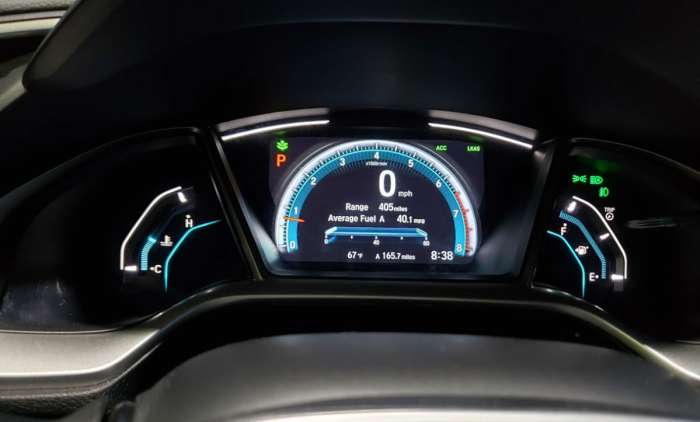 In Torque News testing of three current-generation Honda Civics, the car has always exceeded the EPA's mileage estimates by quite a bit. Here is what we found.
Advertisement

Torque News has been fortunate to have the full support of Honda. We have been able to test the Honda Civic now three times in three different configurations in its new generation. During each test, we took note of the fuel efficiency of the Civic and noticed that it was unusually high. Better than the EPA estimates by a pretty substantial margin. Many vehicles we test return better mileage than the EPA Combined estimate, but the Civic seemed to be returning mileage better than the EPA Highway estimate despite our driving being mostly suburban trips. To see if that trend would hold in the city we did an urban fuel economy test. Here's what we found. 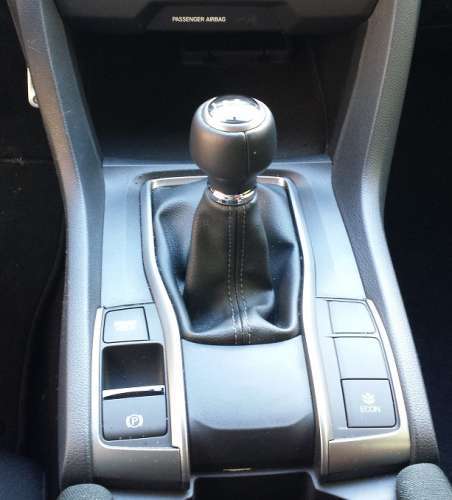 2017 Honda Civic Hatch 1.5T Manual Six-Speed Transmission
The first Civic we tested was the 2017 Honda Civic Hatch Sport with a six-speed manual transmission. We loved the car and fund that the six speed offered drivers a lot of involvement in the driving experience. During our testing, the Civic indicated on its MPG dash display over 40 MPG. We zeroed it out halfway and it again stayed above 40 MPG. Unfortunately, we didn't closely record the miles and fuel consumed. Still, the car seemed to be getting remarkable fuel economy. 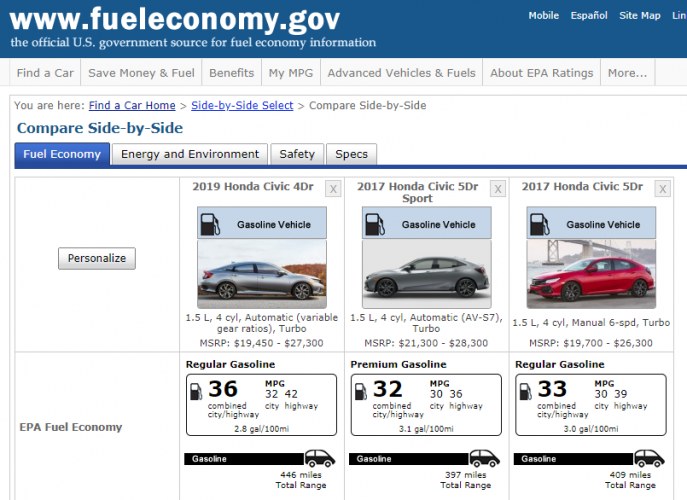 Second Test - 2017 Civic Hatch Sport Touring 1.5T With CVT
Our second test was of the 2017 Civic in the Hatch Sport Touring trim equipped with the continuously variable transmission. We did keep track of the mileage closely this time around. In our testing, which consisted of mainly suburban and highway driving, we used 7 gallons of fuel while covering 257.7 miles. That means our car returned 36.8 MPG. Let's call it 37 MPG. Impressive for a vehicle with an EPA Combined rating of 32 MPG. 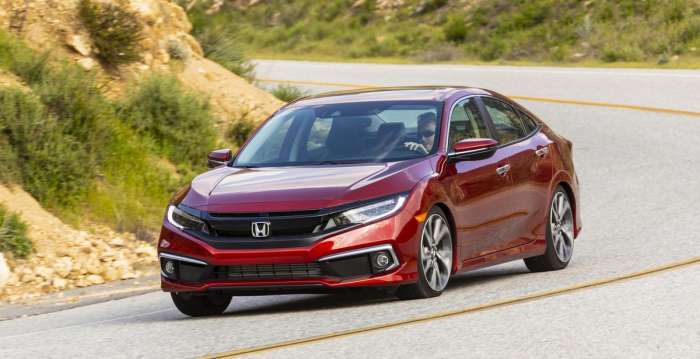 Third Test - 2019 Honda Civic Touring Sedan With CVT
We have just completed a third test of the Civic. This time, our car was a Touring Sedan with the 1.5T engine and the CVT transmission. During this test, we covered 165.7 miles and used 4.26 gallons of fuel. Thus, we recorded 38.9 MPG, which we will round to 39 MPG. What was different about this test was the type of driving we did. During the most recent test, we split the miles between suburban and open highway driving with more than half of the total miles being heavy traffic in downtown Boston. Even with half of the miles covered being stop and go urban traffic with the AC in full use, we recorded a higher MPG number in the real world than the EPA Combined estimate of 36 MPG. We should note that we cleared the Civic's MPG average display before starting the test and that it read 40.1 MPG when we concluded it. Like almost every car we test, the in-vehicle MPG display is a bit "optimistic" in the Civic. 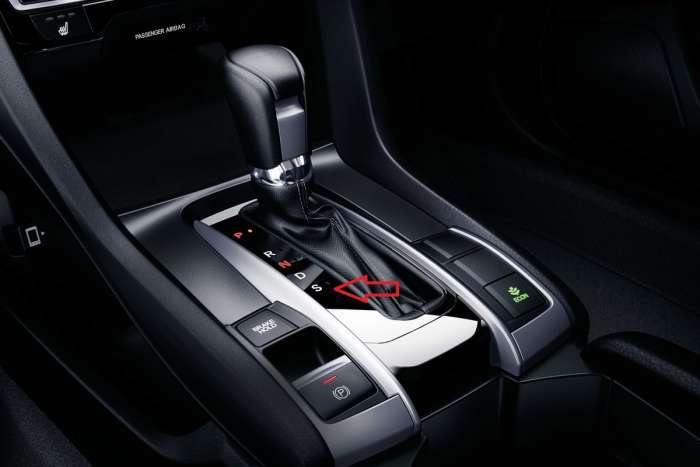 Honda Civic Mileage Conclusion
Having tested three Civics, with two different transmissions and two different body configurations, in all types of real-world driving, our conclusion is that the 2019 Honda Civic, and earlier Civics of the same generation, easily exceed the EPA Combined fuel efficiency estimated. One opinion we formed while driving the various Civics is that the CVT is the better transmission for this vehicle. The easy to use Sport Mode, which is enabled by pulling the gear selector back one detent from Drive, is super easy, and super effective. It puts the engine in the meaty part of the rev band and offers excellent engine braking and instant power in all situations. Unlike prior-generation Civics which used high-revving non-turbo engines, the new turbocharged engine has outstanding low-end torque and does not need to be above 5,000 RPMs to make the Civic fast around town. The paddle shifters are there for those who want to take manual control of the rev band.

We congratulate Honda for fielding a vehicle that has such outstanding fuel efficiency in a midsized car this size. That the Civic is a blast to drive makes this fuel efficiency even more impressive.

See you in the next story where I discuss what it is like to drive a Ford Police Interceptor Utility Vehicle.

Digitaldoc wrote on June 21, 2019 - 3:33pm Permalink
It's really a shame that this 1.5T engine, a standout for efficiency and performance, is plagued with the oil-gas dilution issues, that Honda has little interest in ever fixing- despite an open recall. They have certainly lost two sales from me at this point- and perhaps more importantly my confidence in the brand- over this ongoing issue. I am curious to see if this issue persists into the 2020 car line for Honda.
John Goreham wrote on June 21, 2019 - 4:57pm Permalink
I hear you. Issues like this can be frustrating. However, is this issue widespread? Zero customer complaints at CarComplaints.com for the 2019 Civic oil dilution issue. Three from 2018, and all posted over a year ago. For a car that is the top-seller in America most months.
Devon wrote on June 22, 2019 - 7:13pm Permalink
Yes, I can see it. I will average 38-39 driving to work etc and road trips on my Honda Civic. I have up to 48mpg highway in my 18 sport hatch.