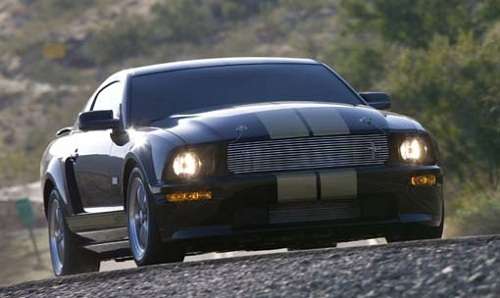 America's largest car owner is moving its headquarters and nearly 1,000 workers to a new location in Florida. What the move will mean to its workers.
Advertisement

The entity owning the most cars in the United States just gave nearly one thousand of its employees a big boost in take-home pay, and a big reduction in their cost of living expenses. Hertz, the largest general use car rental brand, has announced that it will move its corporate headquarters from Park Ridge, New Jersey to Estero, Florida. The company also will move the headquarters of its most recent acquisition, Dollar Thrifty, from Oklahoma to Florida.

The state of Florida has no personal state income tax. New Jersey has a progressive income tax that tops out at 8.97%. A rough estimate of the personal income tax saved by a family earning about $1000,000 living in Florida compared to New Jersey is about $4,000.00. Working class blue and white collar workers at Hertz who relocate will all see their take-home pay increase. However, top executives at Hertz could see dramatic real dollar increases in their pay. A top executive earning $400,000.00 might see her family’s take home earnings rise by as much as $28,000.00 per year due to the reduction in taxable income in Florida compared to New Jersey. Oklahoma also has a personal income tax that tops out at 5.25%, which puts it approximately in the middle of the US states that have an income tax. According to a 2007 census bureau analysis Florida is among the lowest overall taxed states in America and New Jersey among the highest*.

On additional benefit of raising one’s family in Florida is the excellent educational system. According to its website, the University of Florida’s in-state tuition is $6,690.00. Total student costs including housing for in-state residents is $20,640.00. For comparison, out of state residents pay $38,034.00. It won’t be hard for newly relocated residents to pay for UF college educations for their kids with the savings from the income tax. “Go Gators” indeed.

In a press statement Hertz says that overall about 700 jobs will be relocated to Florida. The company did not mention how many of the jobs would see a cost of living adjustment, but generally speaking, companies do not lower the salaries of existing employees when they move them. In many cases economic assistance in the form of moving expenses is provided to employees to make the move more manageable.

An often cited business reality is that some companies have to stay put. For example, a financial industry worker may need to live in New Jersey in order to effectively make meetings in the Wall Street financial district located just across the Hudson in New York City. However, for Hertz being in the car rental business actually means being in Florida makes much more sense than being in New Jersey. Florida rents more cars per capita than any other state. Summing up the business climate relative to location, Hertz Chairman and Chief Executive Officer Mark P. Frissora said. "After our recent business expansion, we have been looking for the right location to blend Hertz and Dollar Thrifty head office employees. Florida is the center of the U.S. travel and tourism industry - this move enables us to be closer to leisure and business customers, as well as many travel and association partners. As part of this move, we will open off-airport and retail car sales stores on our headquarters campus, which will enable us to experiment with new services and monitor customer satisfaction first hand. Lee County, on the Southwestern Gulf Coast of Florida, is a well-established travel destination with tremendous growth potential, with easy access to other leading tourism markets including Orlando, Miami/Fort Lauderdale and Tampa/St. Petersburg."

Trying to assuage the feelings of those from New Jersey, a location from which Hertz still rents many cars, Mr. Frissora said “We recognize the significant efforts undertaken in recent years in both states to create and retain jobs, while improving the overall business climate. In particular, over the last several years we have seen significant improvement in New Jersey's business climate and our decision should not be interpreted as a reflection of our views about doing business in the Garden State.”

The most famous example of an athlete/celebrity top earner moving from a highly taxed, northern climate state to Florida is LeBron James. Mr. James, a native of Akron, Ohio tried hard to shed alligator tears when he left the Cleveland Cavaliers for his new team, the Miami Heat, but it was difficult for him. At the time many debated if it was the better financial situation, the weather, or the new team’s possibility of winning a championship that helped form his decision to leave the team representing his home town.

Hertz plans to complete its move to the Florida Gold Coast by 2015.