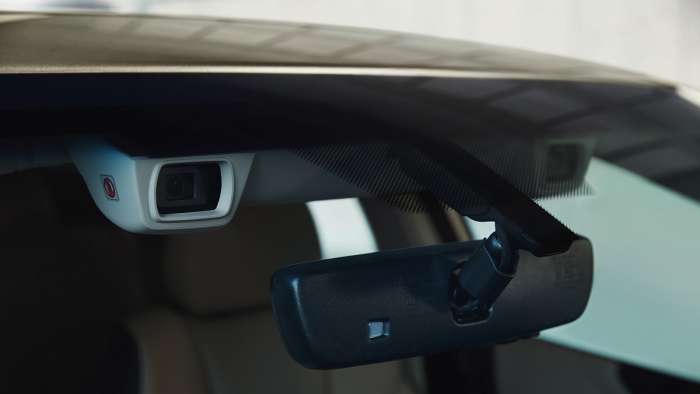 A new list by IIHS shows that Toyota leads the U.S. auto market in deploying vehicles with advanced safety features. Here's a list of those who are not keeping pace.
Advertisement

A new analysis by the Insurance Institute of Highway Safety shows that Toyota will overwhelmingly be the automaker who deploys more vehicles in 2020 with active safety systems than any other manufacturer. This is not really much of a surprise for those who track the progress of safety systems like automatic emergency braking (AEB). Toyota was the first automaker to commit to making such systems standard on all its top-selling models and it has been the leader since that point back in 2016.

Automatic Emergency Braking Commitment
In March of 2016, a list of automakers volunteered to make the systems available on most of their vehicles by 2022. Many are way ahead of that goal. But not all. Automakers who sell only products at a high price point are now the first to offer every vehicle they make with AEB. Tesla and Volvo are to be the first in 2020 to do so. Audi and Mercedes-Benz did so in 2019 (with 99% of vehicles complying). IIHS says that the commitment will prevent 42,000 crashes and 20,000 injuries by 2025. Front crash prevention systems with both forward collision warning and automatic braking have been shown to reduce rear-end crashes by half.

These percentages are impressive, but each of these automakers is a very small contributor to the total number of new vehicles sold each year. In fact, Toyota has individual models that sell about as well as these entire brands. For this technology to do the most good, mainstream high-volume automakers need to adopt it and install it on all of their top-selling models, if not every single model. Only Toyota meets this benchmark with a predicted 97% of its models for 2020 to have the technology standard. In 2019, 92% of the vehicles Toyota delivered had the systems.

Which Automakers Lag?
Among the high volume automakers who are not keeping pace are GM and FCA (who makes Ram, Jeep, Chrysler, and other brands). IIHS says that only 10% of FCA's products and 29% of GM's had this technology this model year.

More surprisingly, some automakers with the best technology seem to think only high-end trims should get the systems. Among the most effective AEB systems in the world are those from Subaru. Its EyeSight system has been highlighted here at Torque News many times. However, the data presented show that only half of the models that Subaru will deliver in 2020 will have standard AEB. Making consumers on a budget face a hard choice. With Subaru's strong emphasis on safety in its marketing, why does it sell any vehicles without EyeSight? We reached out to Subaru for comment and our contact helped us to understand how this "50%" number is misleading. First off, all of Subaru's top-selling models have standard active safety. The Ascent, Outback, Forester, Legacy, and Crosstrek. However, the manual versions of the Impreza, WRX, and all BRZ sports coupes do not have active safety systems. This is Subaru's choice in a way. Other brands, such as Honda and Toyota offer active safety in vehicles with manual transmissions. Still, the majority of Subarus delivered in 2020 will come with active safety.

Safety systems on low-volume luxury models are great but statistically will not prevent many accidents. Only when the high-volume automakers like Toyota adopt this technology on the most popular selling vehicles will the numbers really be impacted. 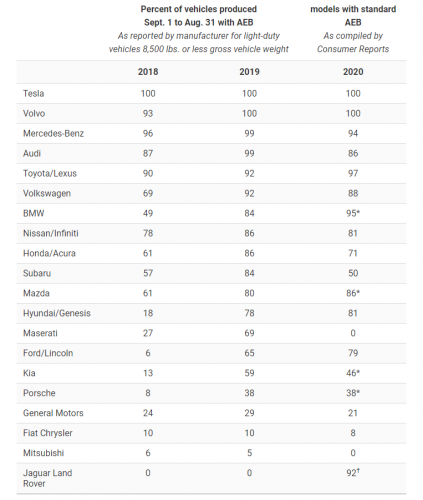