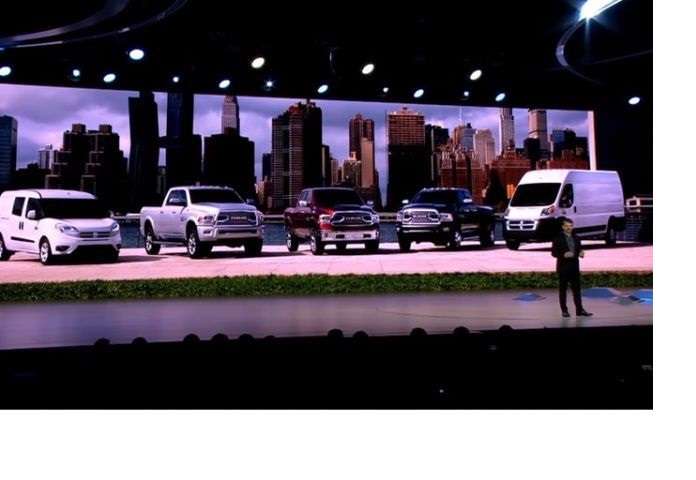 GM, Ford and Fiat Chrysler: all three of America's largest truck makers chose one of the Martin Luther King Jr. Day holiday weekend days on which to launch an all-new truck. Here's why.
Advertisement

In what may seem unusual timing for many truck owners and buyers, all three of America's largest pickup truck manufacturers chose to hold their new-truck launch events and publicity blitzes on one of the Martin Luther King Jr. Holiday weekend days.

Martin Luther King Jr. Day has nothing at all to do with pickup trucks. There is no prior culture of having any automotive-related product launches on that day itself. Unlike Presidents Day in February, a day that almost every automaker centers a sales campaign around, MLK Day is not a day on which America sits down on its day off and looks for new truck information. Rather, MLK Day is typically focused on the history of the American Civil Rights struggle and the (ongoing) efforts by African Americans to seek meaningful racial equality. The date of MLK Day was chosen to celebrate the life of the man, who was born on January 15th. MLK was assassinated on April 4rth.

The reason for the holiday launch is that the Detroit Auto Show has historically been in the middle of January. At least in the modern age, it has been held at this time. The first Detroit Auto Show was held in 1889. It has been held at the COBO Center since 1965 and has been officially called the North American International Auto Show since 1989 after organizers convinced Asian and European automakers to hold important launches at the show.

MLK Day this year falls on Martin Luther King Jr.'s birthday, but it does not always do so. Rather, it follows the Uniform Monday Holiday Act of 1968, even though the day is not part of the act itself. MLK Day always is celebrated on the 3rd Monday in January. The holiday was signed into law by President Ronald Reagan in 1983 and first observed in 1986. It was only officially celebrated by all 50 states in 2000. Detroit Michigan's representative to Congress, John Conyers, who resigned from Congress just last month, introduced the first MLK Day bill in Congress with Massachusetts Senator Edward Brooke. American Labor Unions supported the bill.