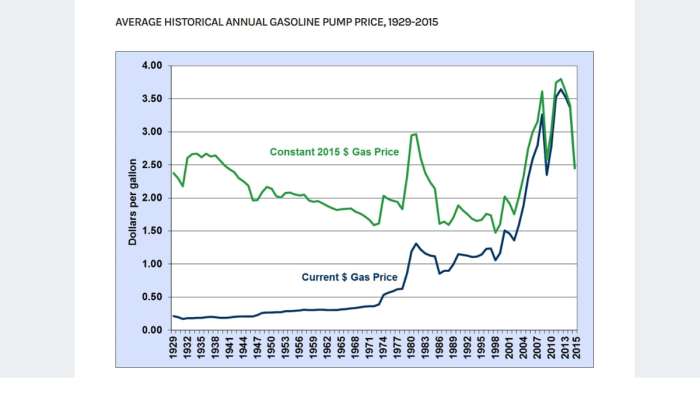 Gasoline Cost At Historic Lows Due To COVID-19- Guess When It Was Cheaper When Adjusted For Inflation?

Gasoline prices when adjusted for inflation are now at historic lows. Here are some comparison prices from various points in U.S. history.
Advertisement

Gasoline prices have dropped dramatically in the United States due to a number of factors. Just as the COVID-19 pandemic was poised to hit, Russia and Saudi Arabia decided the time was right for a price battle. Smart move! The combination of factors means that prices have fallen below $1.00 in many parts of the country, while the overall average is $2.02 nationwide according to AAA. Sure, Californians in some cities are still punishing drivers with prices over $3.00, but those are down from a much higher point.

The important thing to remember whenever prices are compared to past years is that the value of the dollar diminishes over time as part of our government's policy. Workers want to feel like they earn more each year for doing the same job. So, a cost of living increase is added to wages, and government programs like Social Security. These cost of living increases raise the cost of living and devalue the dollar. Fiscal stimulus packages also act to devalue the dollar. After all, if the government can simply print money at will, the value of that paper is questionable over time. Debate these topics if you like. There are many viewpoints. What is not an opinion, but a fact is that the value of what a dollar buys has been dropping for centuries. 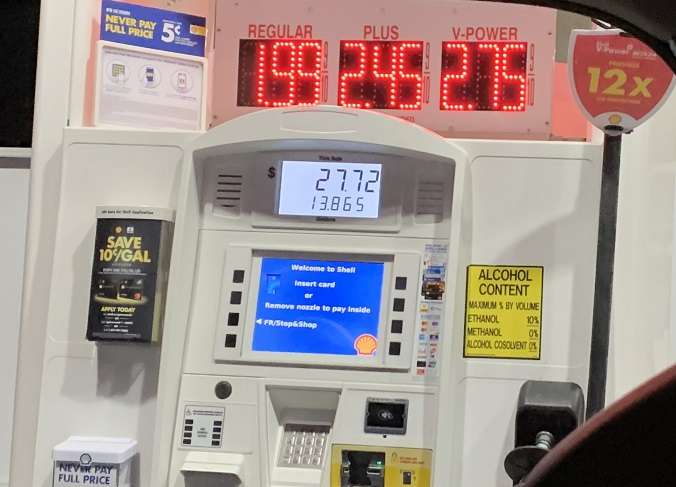 Fortunately, the U.S. Office Of Energy and Efficiency took the time a few years ago to create a handy graph showing the inflation-adjusted price of gasoline in America. They pegged the prices at the 2015 value of the dollar. In 2015, $1.83 was the same value as $2.00 is today according to inflation calculators.

We took a look at the graph shown above and we picked some points on the graph to compare today's cost for a gallon of fuel to points in American history. Here is what we found:

1929 - 1959 - Gas Was More Expensive In the U.S. Than Today
For the first thirty years of the widespread use of the automobile, from 1929 to 1959, the cost of gasoline in America was always higher than it is today. If you remember fondly filling your tank with a dollar, it is simply because a dollar was worth more then.

1974- 1986 Gas Costs Was A Bit Higher
During a time when many of us remember crappy small cars built to meet strict fuel economy standards, the cost of fuel in America was always higher than it is today. That makes perfect sense.

1960-1973 Gas Costs Was Lower
What is also noteworthy if you lived during the times, is that fuel was less expensive from about 1960 through about 1973 than it is today. Not by much though. The cost for a gallon of fuel adjusted to the value of today's dollar was roughly $1.55 to roughly $1.85.

2000 - 2015 Gas Was Higher
Fuel Prices for the first fifteen years of this century were higher than they are today. During almost all of this time, stories about peak oil and the fuel shortages of the future were pretty much the norm. Today, the world is awash in low-priced fossil fuels and production remains robust. So robust, that two of the top suppliers decided that they would see just how much they could pump into the market.

What is the price of fuel in your local area today? Do you think it will shoot back up by more than 50% any time soon? Tell us in the comments below.