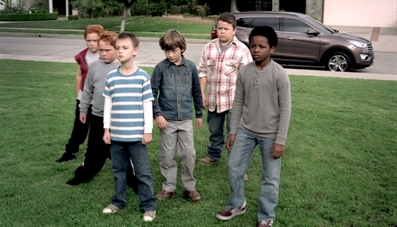 Hyundai is all in for the Super Bowl. Here is a preview of the funny commercials viewers will see
Advertisement

The big game is coming and the automotive manufacturers, including Hyundai, are already teeing up their media blitz. Hyundai has provided the public with a preview of its coming themes and they have taken a turn towards the family this year. Now in its sixth consecutive year of advertisement during one of America’s most-watched, and most-loved TV events, Hyundai is working with the folks at INNOCEAN USA, a veteran team who will surely impress.

In between the advertisements showing amazingly thin and perky young men and women happily drinking light beer at dynamite parties, and self-aggrandizing ads for obscure software companies nobody has ever heard of (or cares about), we auto enthusiasts get to see cars. Some of us mute the game and turn up the car adverts. You wouldn’t be reading this if you weren’t secretly one of us. Last year the VW Passat scored huge with the little boy Darth Vader ad. This year Hyundai has learned from that, and instead of focusing on its products and its workers, like last year’s ad shown in the video below, it will instead focus on what we care about most. Ourselves.

The first advert will be called “Epic Playdate.” Every parent knows exactly what that means, and it is parents that this advertisement and vehicle are aimed at. The new Hyundai Santa Fe with the third row seat is the product focus here. The advertisement promises a new track written by “A legendary alternative rock band.” Echo and the Bunnymen? Depeche Mode? Ministry? We are betting it is more like Green Day, but we who were tweeners in the ‘80s will be sad to see another band sell their wares, but we all have to make a living… Michelangelo worked at Macco on weekends after all.

The next spot dubbed “Team” is a “Let’s show the bully who’s boss” story. A boy recruits his own dirty dozen to get the bad guys and the Santa Fe again is part of the good guy squad.

“Stuck” will introduce viewers to a young couple on a road trip. We will empathize with their plight as they face road trip challenges and use their Sonata Turbo’s 2.0 liter, Turbo direct injected, 274 horsepower engine make their troubles go from in front of them to in the rear view mirror.

Hyundai will remind viewers and buyers that the Hyundai Genesis is also a rear-drive pony-car. In the segment called “ Excited” the folks at Hyundai show football fans the insane Genesis R racecar using its 429 horsepower to full effect while the famous announcer Gus Johnson calls the play.

Hyundai and INNOCEAN are keeping the last segment called “Don’t tell” quiet. This segment will run during the pre-game and it will again focus on family.

Love it or hate it, the advertisements shown during the big game help many enjoy the big event.

2012 Advertisement courtesy of youtube.com and Worldhyundaimatteson