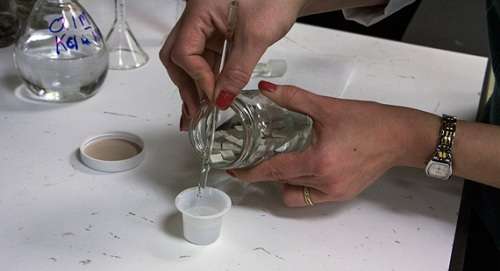 Ford's focus on health and wellness has a heavy emphasis on reducing allergens in the cabin of its vehicles.
Advertisement

Ford has gone further than just cabin air filters in vehicles to reduce possible allergens in its vehicles. In fact, airborne allergens are not the only possible cause of allergies in cars according to Ford. Ford has found that touch-based allergens were common in materials that have been used in vehicles in the past. In an effort to make the cabins of its vehicles more friendly to allergy sufferers Ford has changed both the design and also materials it uses.

Ford learned through its study of contact allergens that hexavalent chromium, a material used in dyes plastics, and other common cabin materials, is an irritant to many people. In order to reduce the amounts of this material, as well as well-known irritants such as formaldehyde, Ford reduced the levels of these materials it uses to levels acceptable even for clothing. Ford has found that reducing dyes and painting steps when possible also cuts down on CO2 levels as described in an article linked here.

Cabin air filters reduce the smoke, pollen, and other particulates that enter the cabin. Not only do they cut down the airborne particles coming in, they also limit the amount in total because those particles don’t then settle in the car on its surfaces. Most people don’t think about their cabin air filter because it it works automatically. Cabin air filters are not new, but their installation in even economy cars is. They started out in luxury cars a few decades ago and are now ubiquitous. Part of the reason for that is they are a profit center for both dealerships and the automakers. As Ford pointed out in its report on allergens today, “Because of the seamless way it works, many customers may not realize they have a cabin air filter. In most cases, the filter is accessed through the glove box. Ford dealers change the filters as part of the recommended maintenance for all vehicles.” Interestingly, Ford points out that during the period that cabin air filters became popular, the last 3 decades, allergies have been increasing in all genders, races, and across all age groups.

Other contaminants inside cars that can be reduced are latex and volatile organic compounds. A story in eMaxHealth.com last year revealed that not all cars have equal levels of contamination. For that story click here. Ford has gone so far as to even have app that can advise customers of pollen levels and other airborne allergens in areas they are driving into. Though it is unclear how that would help them to avoid the exposure unless they simply didn’t go.

Photo and video courtesy of Ford and Youtube.com