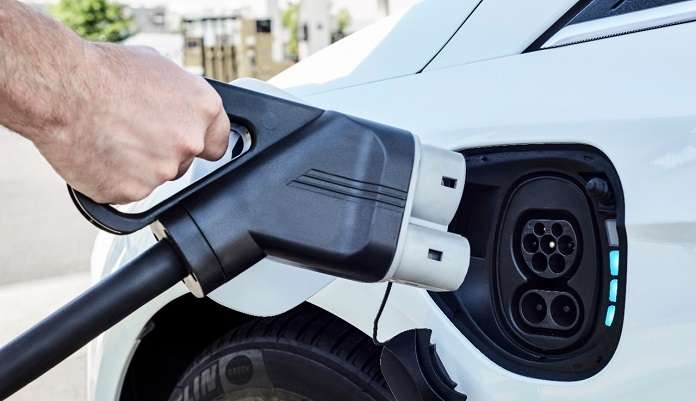 Follow Up: Our Electric Vehicle Sales Predictions For 2017 - How'd We Do?

Exactly a year ago, we put our U.S.-market electric vehicle sales predictions in writing and invited readers to offer theirs. Here's how we did.
Advertisement

Late last year, this author penned a 2017U.S. market sales prediction of every major and some minor electric vehicles. We also invited readers to offer their own predictions. We would like to thank those that did. Even the ones who wrote things like, "...so devoid of credible information." and "...you can kiss gas cars goodbye..." and my favorite of all, "Frankly, I don't think you have the faintest idea what you are talking about but let's wait and see." Well, it's judgment time! You can pre-read my predictions before we get started, or just check out the facts and figures as I lay them out below.

Tesla Models
The title of my story included the words, "...Tesla Model 3 a No-Show." In my predictions, I said that the Model 3 would be delayed and that Tesla, "... will roll our a handful of pre-production units in the late part of 2017 so that its fans can be happy it "Made its deadline" and then the wait will continue into 2018 for production models in any real volume." I would have to give myself a "Spot-On" rating for the Model 3. Remember, during mid-2017 Elon Musk was still tweeting that there would be tens of thousands rolling off the production lines by November. Not.

Commenter Diego also came close to getting the Model 3 prediction right. We estimate Tesla will have sold (delivered) about three or four thousand by the end of December. Diego guessed 10,000. Commenter Timmo called me a paid shill for the oil companies and predicted 30,000 Model 3s would be sold.

I predicted that the Model S would sell at "roughly the same volume it does now (2016). I was spot on. Through the end of November, the Model S had sold 22K units this year, and by November of last year 23K units.

Chevy Bolt
I was strong on my prediction for the Bolt. I predicted it would be a hit, and it was, but my enthusiasm exceeded my logic. I predicted 38,241 Bolt sales in 2017. Based on sales through November and adding in 3,000 more for December, it looks like the Bolt will be neck and neck with the Model S for top-selling EV overall in the U.S. and come in at about 23,000 units. I guess even a "paid shill for big oil" can get carried away with EV predictions once in a while.

Commenter J.L. Brown made an astute observation on the Bolt, saying "(Bolt) will not exceed the production capacity of the assembly line GM has assigned to the Bolt...Which is no more than 30,000 units." Great job J.L.

Ford
Ford had a very good 2016 with regard to EVs. Ford's Fusion Energi and Focus Energi PHEVs were fourth and sixth overall and the Focus EV sold at nearly 1,000 units. However, I was bearish on Ford for 2017. I said, "Ford will continue to see decent sales of its Fusion Energi PHEV, but that model is growing stale." I was correct. With about 10,000 units projected for 2017, the Fusion Energi is still in the top ten for EVs, but the bloom is off that rose.

EV Losers Bracket
One prediction I made about the overall loser's bracket for EVs in the U.S. market was that "The side effect of the Bolt is that the Leaf, Kia Soul EV, Focus Electric, BMW i3, Fiat 500e, e-Golf and other low-volume EVs will be basically given away by their automakers." I would have to say I was correct here. The i3 is now in eighth place and its sales are in decline. The rest are all stragglers with sales rates basically unchanged from the low volumes of 2016.

2018 will be a much harder year to predict. Watch for our predictions in early January. We will shift the predictions out a couple of weeks so that next year our look-back will have final sales results available.

kent beuchert wrote on December 20, 2017 - 9:05am Permalink
"Commenter J.L. Brown made an astute observation on the Bolt, saying "(Bolt) will not exceed the production capacity of the assembly line GM has assigned to the Bolt...Which is no more than 30,000 units." Great job J.L." The Bolt is hitting 3000 per month, which,in my calculator, means 36,000 per year, not 30,000.
John Goreham wrote on December 20, 2017 - 9:35am Permalink
LOL. Good reality check Kent. In fairness to J.L., that factory can put out over 90,000 vehicles per year (going by memory), but it is a shared line with other GM models, presently the Sonic. So the real question is how much can GM afford to carve out for the Bolt. Back in July, the Orion plant had a temporary shutdown because it had produced more of both than dealers could absorb and sell. Great comment and please keep them coming.

LG's New EV Battery Plant Is a Welcome News for Tesla
Tesla Giga Berlin's New Hurdle: It's Not Only the Gov't, but Now Tesla Itself
END_OF_DOCUMENT_TOKEN_TO_BE_REPLACED