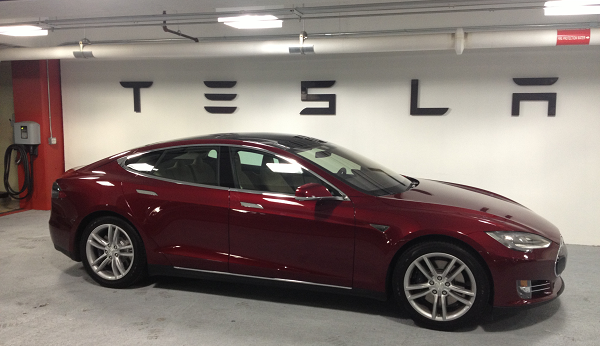 The EPA ignores Tesla in a new report on fuel efficiency

The EPA’s newest report ranking US automakers by fuel efficiency and carbon emissions makes no mention of the US' only all-electric automaker.
Advertisement

Given the amount of press that Tesla receives we think it is fair to assume that the EPA has heard of the Freemont, CA automaker. Yet, in its newest report called “Light-Duty Automotive Technology, Carbon Dioxide Emissions, and Fuel Economy Trends” which ranks automakers in the US market based on their efficiency and carbon output, the US’ most efficient automaker, Tesla is not mentioned once. Tesla is arguably also the automaker that is the lowest CO2 emitter. How can the EPA ignore this?

Were the list dedicated to discussing just liquid fuel cars that consume gasoline and diesel we would understand. However, the list talks about hybrids and EVs and even ranks those categories with regard to efficiency and emissions of carbon.

Tesla - No Tailpipe Emissions, Amazing Efficiency
For those readers who have lived under a (carbon-based) rock for the past few years, Tesla is an automaker based in the US, which makes all of its vehicles in the US. It has one model, the Model S, and is about to introduce a second. Prior to this, it had a car called the Roadster based on a Lotus Elise that it produced in very small numbers (under 2,000 units). Presently, the Tesla Model S sells in about the 1,500 unit per month range in the American market. We can only assume that this relatively low volume of sales is the reason Tesla was not mentioned in the list.

That said, how hard would it have been for the EPA to add a simple footnote, or to put Tesla on the list (at the top) and make mention it had only about 18,000 cars sold in the market?

Here at Torque News we report both the good and bad news on Tesla. This week the news is that the EPA missed a chance to point to an automaker that seems to do everything imaginable to make the EPA happy.

Related:
Should the EPA change the way it rates electric range?
How the EPA determines an electric vehicle’s range - not as simple as it sounds

Aaron Turpen wrote on October 11, 2014 - 2:29pm Permalink
You do realize that they didn't ignore Tesla. Right? The new report doesn't include ANY electrics. A separate report, as an addendum to the original, DOES reference Tesla and several other BEVs and PHEVs. They even rank them according to MPGe.
John Goreham wrote on October 12, 2014 - 10:38am Permalink
Hmm. The report I link to and refer to does talk about electrics and they are included on the many charts. If Tesla had one model with a gas engine would it have therefore made this list? That would just be silly. Tesla is the US market brand wit the best fuel efficiency and lowest CO2 per mile. I feel that the company should have been named at some point in this long and detailed report.
Aaron Turpen wrote on October 12, 2014 - 10:55am Permalink
"The combined production of alternative fueled vehicles has increased from under 1,200 in MY 2010, to nearly 105,000 in MY 2013. While alternative fueled vehicles still represent a very limited portion of overall new vehicle production (0.7% of overall light-duty vehicle production in MY 2013).." In other words, the EPA acknowledges alt-fuel, but they're still statistically insignificant in the overall market. BTW, the EPA produced a couple of charts specifically for plug-ins. Tesla is on both charts with both the Model S 60 and 85.