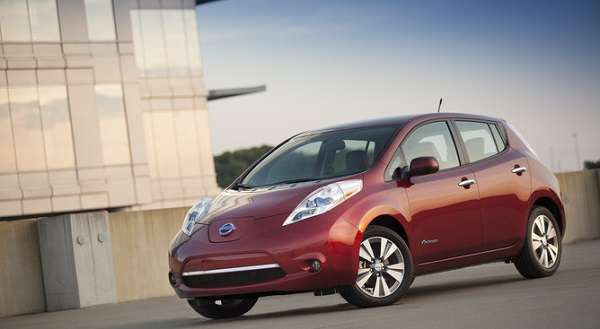 US sales of the Leaf, Volt, Tesla Model S, and Prius Plug-in lost ground in January compared to their 2013 run rate.
Advertisement

Most automakers compare their sales to the same month of the previous year. That makes sense since the seasonal impacts are eliminated to some degree. They also have a long sales history established. Electric cars are different. They are supposed to be maturing and gaining sales rapidly as their window sticker prices decline while at the same time more government incentives are added making them ever more affordable. Not one of the major EVs did as well in January as it did in the last few months of 2013. Most did not even beat their January 2013 sales.

Unusually bad January weather had a big impact on most automakers’ overall sales. However, the bulk of EVs are not sold in bad weather climates. Georgia did have a few days of basically “closed for business” but it came at the very end of the month. California, the biggest EV market on Earth was not covered in snow and ice. Still, the weather may have played a small role in the decline of EV sales.

The Nissan Leaf was the sales leader of the group, but it is hardly cause for celebration. The Leaf sold about 1250 units this past January. Well above the 650 it sold last January, but less than half its December total and Leaf had its worst month in the past ten. Sales had been averaging about 2,000 per month.

The Chevy Volt was down about 20% over its January 2013 sales, but it sold way lower than its average for 2013 and less than half of what it sold in December. In total the Volt sold about 918 units.

There is really no way to know what Tesla sold in the US in January. We like InsideEvs as a source. The expert reporters there have had consistent, accurate numbers in retrospect and they say that Tesla just had its lowest US sales month since it reached full production with just 800 units going to US customers. They also predict a big rebound in February. We do know production and overall sales are solid at Tesla.

The typically fourth best selling electrified car, the Toyota Prius Plug-in, also had a bad month selling just 803 units, down from 874 in January 2013. The Prius Plug-in had established a run rate of about 1,000 units per month through the second half of 2013, so the 800 number is more disappointing than it might be spun.

Combined the Volt, Leaf, Tesla Model S, and the Prius Plug-in sold less than 4,000 units this past January in the US. That number is about ten percent lower than August 2012.