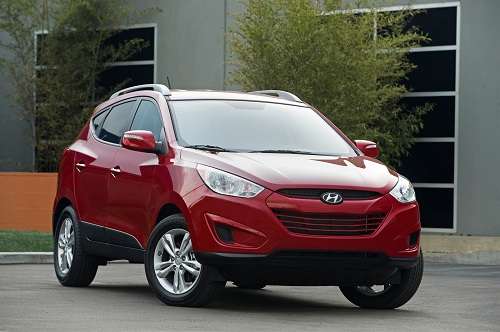 Industry accolades are mounting for Hyundai America, who, by doing well in eight areas of measurement, has just added four new awards to its trophy shelf.
Advertisement

Coming on the heels of being named EPA’s most fuel efficient car company in America, Hyundai can now boast that four of its most popular models are also considered the Best Value In America for 2012 in their segments by Vincentric. This is Vincentric’s 8th annual award for Best Value. Vincentric focuses on cost of ownership and evaluates over 2700 individual models to select wits winners.

The subcompact Accent won its segment. The Elantra won in the compact sedan category beating out last year’s winner, the Chevy Cruze, and the rear-drive Genesis coupe won in the mid-size coupe category displacing the much more expensive Audi A4/A5. The Hyundai Tucson won the award for entry-level compact crossover for the second consecutive year.

Vincentric digs deeper than initial cost to determine what vehicle will have the lowest cost to own overall. To determine this, the company has identified eight key areas to measure;
- Depreciation costs, or how much the value of a vehicle declines over time.
- Fuel costs to operate the vehicle
- Insurance costs, which can vary widely for various models
- Financing and opportunity costs, which is a measure of how the consumer’s money could have been better put to use, and fees and taxes
- Maintenance, both scheduled, and unscheduled, and also repairs.

In each of the above categories a vehicle receives a score of 1 to 5. The score is determined using Vincentric’s private information and also public information sources. The tally of the scores determines the vehicle’s cost of ownership. In this way, a vehicle with a higher cost might actually be more affordable than one with a lower initial cost.

Fuel economy is an area that Hyundai does very well in compared to its peers. Another critical advantage that Hyundai has in achieving a low cost of ownership is its warranty. Known as the Hyundai Assurance Program it offers owners a 5 year/60,000 mile transferable warranty, and also a 10 year, 100,000 mile warranty to the original owner.

Repair costs and lower costs for fuel are just two of the eight areas that Hyundai’s four models scored well in to be awarded a Best Value In America 2012 by Vincentric.