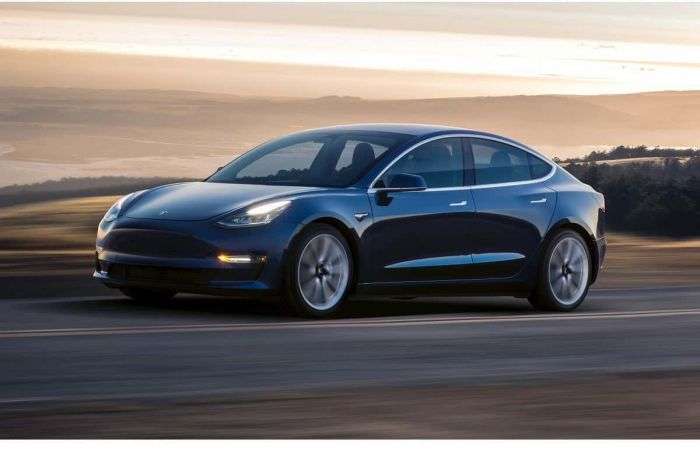 Easy Math - If Tesla Has 400K Model 3 Reservations, It will Take 8 Years To Fill Them At Current Delivery Rate

Wo do some simple math and come to the conclusion that at its delivery rate, Tesla won't catch up to its Model 3 reservations until 2026.
Advertisement

Over the past two months, Tesla has delivered about 3,900 model 3 cars to new owners. This is according to EV-advocacy publication Inside EVs. Since Tesla hides its production and delivery volume from fans and investors until forced to reveal the bad news in SEC filings, groups like Inside EVs scour state vehicle registrations and VINs to figure out how many (or how few) Model 3 cars trickle out of the plant Elon Musk himself now personally supervises.

Setting aside how frightening it is to think that a man with no prior experience supervising the production of a modern automobile is for investors, we stumbled upon another scary part of the Model 3 production debacle. At Tesla's current rate of production, it will take the company eight years to finish fulfilling its backlog of reservations.

Nine months ago (has it been that long?) Elon Musk famously tweeted that Model 3 production would "grow exponentially." The company's leader told the world that production would be at 10,000 units per month by year's end, and presumably, deliveries would match that number. By this point in time the company was to be pumping out 20,000 per month. However, unless we have forgotten how exponents larger than 1 work, none of those things have come to pass. Instead, after eight months of deliveries, Tesla has delivered about 14,000 Model 3s to owners (many of whom were Tesla Employees. Musk ended up with the first one.)

Tesla hasn't recently updated its reservation backlog. However, in August 2017, Tesla had lost about 63,000 reservations, putting the total then at around 455,000. Let's work with some easier numbers (and none of those tricky exponents) to demonstrate how long it would take for Tesla to fill its pre-orders. Before we begin, let's err on the side of making the timespan look as short as we can to give Tesla every advantage. We will drop the reservation backlog down to an even 400,000, figuring a few may have been canceled, and we know that about 14,000 were filled. Let's also bump up the delivery rate to an even 4,000 units, rather than the slightly lower number Tesla delivered in the past two months (as far as we know).

Tesla will almost certainly accelerate its delivery rate. However, with so many missed self-imposed targets and so many broken promises, it is impossible to tell when Tesla will catch up. A monthly or weekly delivery total would be easy for Tesla to provide showing evidence that the deliveries are picking up. However, with no information of that type from Tesla, we can only assume there has been no real change.