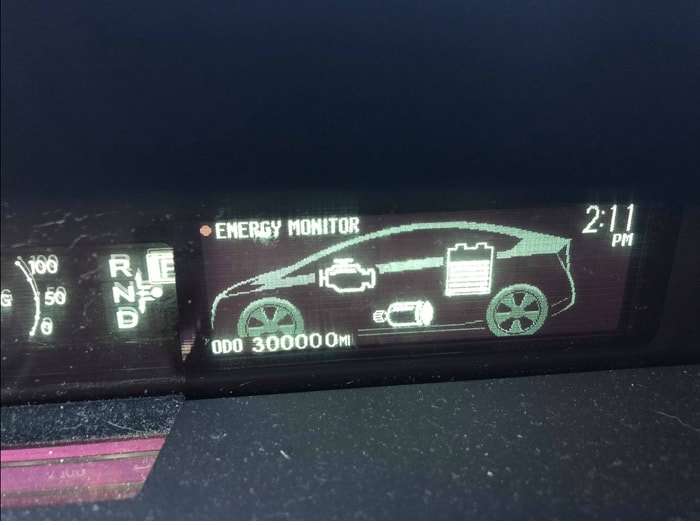 Have you ever wondered what owners of extremely high mileage cars do to keep them running smoothly? One Toyota Prius owner tells all.
Advertisement

Exactly one year ago, Torque News did a story asking, “Can a Prius Battery Last 250,000 Miles?” The answer, of course, is “Yes!” The story was courtesy of Jesse Rudavsky. Jesse is a green vehicle advocate and contributor behind the scenes to Torque News. He provides us with images, expert knowledge and he and the Torque News team are also the Moderators and Administrators who keep the Facebook Prius Owners Club going. Jesse’s Prius recently hit 300,000 miles. We checked in with Jesse and he offered to share his experience and tell interested readers his secret for keeping a Prius running indefinitely. Do a little quick math when you see Jesse’s past cars and their mileage and you will see that Jesse has put about 1 million miles on Prius cars.

TN – Wow! 300K for the third time! How does a Prius feel with that many miles? Has the battery been worked on at all?
JR - The car still feels solid at 300,141 miles and counting and I am still not afraid to push it to triple digit speeds. I still have the original shocks, struts and exhaust system. I did replace one module at 258.5k and another 4 at 287.5k. Sill have 23 of 28 original modules which is 82 percent of the original battery. I purchased the modules for 50 dollars a piece at Pleasant street auto in Norwood MA. I am planning to keep the vehcile till it dies or gets totaled.

TN – How in the world do you put so many miles on a car? You did 50K on this Prius since this exact day last year.
JR - I used the car every day as a full time Uber and Lyft driver for the past year. I had a relatively long commute before that anyway and have never wasted money on snow tires even during harsh New England winters. I have taken the car to California, South Dakota, The Florida Keys and many places in between. My most recent long trip was to Clarksville TN to witness the solar eclipse. The car still easily hits its EPA rating of 51 in town and 48 on the road.

TN – What will you do when it is time to replace this current Prius?
JR - If I have to replace the car, I would probably go for a used 4th generation Prius since buying a new car is like flushing money down the toilet. I really want an electric car but unfortunately my wife and I live in an apartment and have no place to plug in other than a questionable two-story level one cord. If I had a place to plug in every night and had the money, I would buy a used model 3 in a few years. I don’t ever see myself spending for than 20k on a car barring some miracle. I could were to spend 40k, it would be on a used model S.

TN – Who works on your Prius and how often do you do the oil changes?
JR - I always get my work done at one of 6 independent mechanics I trust and will not go to a dealership unless there is a recall. One of them is a hybrid certified mechanic in Providence RI, Wayne’s service plus. In order to hit 300k or better it is pretty simple. I change the oil every 5k or so using the required 0w20 full synthetic. If you drive very gentle, you could safely go 7-8k. I also change the planetary gearset fluid out every 100k or so and will probably start doing it sooner as the car gets older. If you don’t drive that much once such a short time, you might want to do that every 60k. All batteries have self-discharge to a certain extent depending on the chemistry and I don’t recommend letting the car sit for weeks or months while you are in Florida for the winter.

We’d like to thank Jesse for sharing his story. If you have a question for him, please post it in the comments and perhaps he will have time to answer.