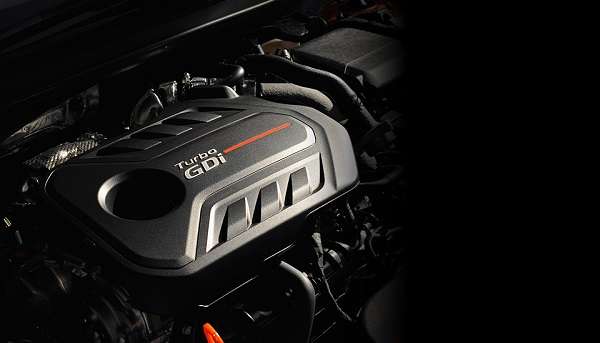 Does Hyundai have the best 2.0-liter turbo on the market?

Hyundai’s 4-cylinder turbo seems to stack up well against the premium brands’ offerings. Here’s why.
Advertisement

Over the past year I have driven 2.0-liter turbocharged 4-cylinder engines from BMW, Volkswagen, Audi, Range Rover, Lexus, Ford and a handful of other car makers. This week I am testing a Hyundai Sonata Sport with the 2.0-liter turbocharged engine. What has become immediately apparent is that Hyundai may very well do this better than any other brand. Here’s why.

Hyundai Turbo Uses Regular Unleaded Gasoline
The whole point of moving to smaller turbocharged engines instead of continuing to refine larger normally aspirated engines with more cylinders was fuel economy. Fuel economy means the cost of fueling a vehicle. Fuel efficiency is related, but not the exact same thing. Hyundai’s 2.0-liter turbo is designed to use regular unleaded instead of the premium that almost every other manufacturer requires to get the rated output. Using regular instead of premium saves customers 10 to 15% at the pump with no downside.

Hyundai’s 2.0-Liter Turbo Responsiveness
While researching an Audi this week for another publication, I discovered that Audi seems to agree that most turbocharged engines suffer turbo-lag that is annoying at best. Audi says of its TFSI (2-liter turbo) engine “Audi is the first manufacturer in the world to engineer a turbocharged direct injection engine, which produces high power output and optimum engine response.” I’m glad Audi agrees that there is an issue with these engines, but having driven their engine in the new A3 recently I’m not feeling it. Like most small turbos the Audi, the BMW, the Range Rover and the rest all seem to hesitate noticeably longer than a modern V6 would when one toes the throttle. The turbo lag is made worse in some cases by transmissions with too many gears, 9 in some cases, or a dual clutch transmission, which I find to be sluggish in automatic mode.

Hyundai’s turbocharged engine seems to suffer less from turbo-lag than the other engines I have tried of a similar design. It’s six-speed automatic also seems to be a sane approach to an automatic. You may feel otherwise, but Hyundai seems to offer an engine just as powerful (245 hp) as the rest, but with better responsiveness.

Hyundai Turbo’s One Negative
If I had to pick one thing that Hyundai could improve upon it would be the exhaust note. The Sonata Sport I am testing sounds like a sewing machine, not a performance car. Hyundai should adopt the industry practice of either tuning that note using exhaust tricks, use a “sound inductor tube”, or simply fake it like BMW and others now do and just play me happy sounds through the speakers. I don’t care how it works. I just want my car to sound good, or simply be silent.

Conclusion
Ford also deserves kudos for doing much of the same things Hyundai is. Ford also uses regular unleaded in its turbocharged engines, and they too provide decent throttle response. Interestingly, the Escape I tested, and loved, also had a 6-speed automatic. Maybe the formula isn’t that difficult? In any case, it is nice to report that the mainstream, blue-collar brands are out in front of the premium brands when it comes to both performance and fuel economy in today’s modern engines.

Mark Day wrote on December 18, 2014 - 8:08pm Permalink
In the name of "safety" mandated air bags maim and kill, and now, in the name of mandated fuel economy, turbo-lag can result in the same.
Antonio wrote on December 25, 2014 - 1:38am Permalink
I own a 2013 Hyundai Santa Fe 2.0T. And for being an CUV/SUV. It is quick. There is turbo lag from a stand still if you were to floor it. While having to pass or merge on to the highway it is an instant response and do not have any regrets on the vehicles besides the lack of aftermarket support.The exhaust note I agree is not the most wonderful but the intake and engine sounds great when pumping out power.
Dmitriy Markelov wrote on January 15, 2015 - 11:11pm Permalink
You should contact SFR for ECU tuning because I believe the Hyundai 2.0T's are hitting close to 300whp (wheel!) with a tune which puts you at something like 330-350hp at the crank.
Al Streicher wrote on October 27, 2016 - 4:35am Permalink
Would you please give more info on "SFR"? I tried SFR.com and got a French company. Are there others who offer adjustments to the ECU? I am very interested. Regards
D wrote on November 12, 2016 - 7:14am Permalink
Seoulful racing. I have their tun in my sante fe 2.0t. Along with a gfb turbo timer cold air intake and pipe and fron mount intercoller upgrade with bov conversion. as well and an uncle lap3 chip. Im parting out a turbo swap now but i hav 397 at the wheels at 6500 rpm
Nana Kofi wrote on June 24, 2020 - 11:18am Permalink
Is it possible you send me a list of the items you purchased and used for your Santa fe? I have the same thing and I would want to use your MODs with twin turbo.
Rusty Clarke wrote on May 9, 2022 - 2:49pm Permalink
My new Santa Cruz has 290 hp and 310 torque! Now ! I found a secret to the turbo lag ! Please don't forget me when you use it! KN is already making filters for this car ! Best 50 bucks spent! Simple to install and instant gratification! Absolutely No More turbo lag! None! Gas mileage went to by 3 mpg! I am 65 years old and this is old school. Faster in more HP faster out. Hi 5 !
Greg wrote on November 20, 2015 - 1:33pm Permalink
I've had a 2013 Sonata with the 2.0 Turbo and at 40k miles it was 1.5 qts. low of oil? I'm not a hard driver and I use Mobil One Synthetic oil on my oil changes regularly so why is it a oil burner. I now have a 2015 Santa Fe 2.0 Turbo and hope the oil issue is corrected.
Nick Barrett wrote on January 15, 2020 - 10:40pm Permalink
My 2013 Santa Fe Sport 2.0 Lt turbo stated using oil, I switched back to Pennsoil ultimate and it seems to have fixed the problem.
Robert floyd wrote on June 17, 2016 - 6:22pm Permalink
Have just purchased a 2016 elentra gr hatchback wanna get a turbo kit for it any suggestions already putting 173 to ground wanna do about 350 thats all i need for a fwd vehicle
john rose wrote on August 4, 2016 - 9:04am Permalink
the current Hyundai 2.0 litre was development, between Mitsubishi, and Mercedes and Hyundai, Mostly from the 2.0 litre turbo, from the lancer evolution, from mitsubishi
Stephan wrote on January 3, 2018 - 8:02pm Permalink
Funny how there was no mention of the block being a Mitsubishi Lancer Evo design with intake and injection from Hyundai. No mention of the twin scroll design either to reduce lag. And btw, running regular gas will affect engine output....
bob wrote on October 27, 2016 - 12:00pm Permalink
I have a 2015 265 HP Turbo Ultimate Santa Fe It is a great vehicle. I get 31 mph on highway and it's full of pep. Rides good. Better than I expected
George Dodds wrote on November 22, 2016 - 10:35am Permalink
I have a 2016 Santa Fe Sport with Ultimate 2.0Turbo and AWD. Some articles list GO as 265 HP and others list it at 240 HP. Sometimes when slowing down the Transmission seems to not downshift correctly and it feels as if the vehicle hit a speed bump. Only happens when I'm ECO mode. The transmission was replaced and the problem continues worse than before happening up to 48 MPH. Any ideas or suggestions?
John Mullen wrote on January 5, 2020 - 12:39am Permalink
ECO mode was only designed to be used on the highway for better gas mileage. It causes problems in releasing the clutches in the transmission when downshifting, when slowing down. Don't do it! Save the ECO mode for the highway only and you'll be fine. Can't believe the manual doesn't explain this. By the way, I'm running the 2014 2,0T with a chipyourcar (chip) and I'm running about 300hp with a AEM cold air intake. It's a dream to drive!
MattC wrote on July 31, 2020 - 3:25pm Permalink
I'd never purchase a vehicle with a turbo engine. I see no reason to, and believe they cause engine damage over time (extreme pressure/heat). Build a naturally aspirated engine and give me decent power and fuel mileage per gallon.
Martin Farrell wrote on September 1, 2020 - 8:05pm Permalink
I have a 2013 sportage sx turbo, not even at 30,000 miles yet and no issues, but paranoid after hearing of all the engine problems with kia. Lots of professional reviews complain about gas mileage, but I am quite please the mileage of ours mid 20s in city and low to mid 30s on highway.