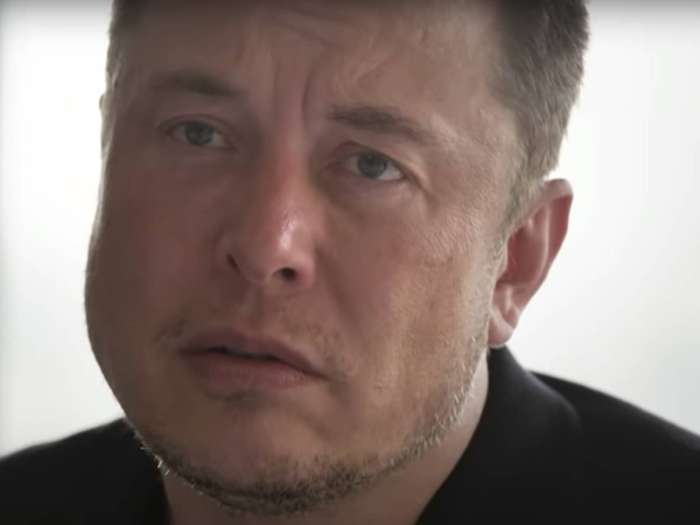 Did Elon Musk Just Admit On Video That He Lied To Investors About Tesla's Finances?

Watch Elon Musk talk about Tesla being weeks from death earlier this year - at exactly the time he scoffed at the media, investors, and shorts who were all saying that was exactly the situation.
Advertisement

Earlier this year, when Tesla's Model 3 was six months behind Elon Musk's written timeline for production, pretty much everyone except the most die-hard EVangelist Tesla fans were singing the same tune; Tesla is close to bankruptcy. Bloomberg even published a story with a counter showing how much cash Tesla burned while you read it. However, when asked about cash flow issues in an investor Q&A session, Elon Musk treated investors' questions about the subject with disdain giving the impression they were not to be taken seriously. This week, he tells interviewers in a setting of his choosing that indeed, Tesla was single weeks away from "death," or more accurately, bankruptcy.

In an interview with Axios aired on HBO and shown below on Youtube, Elon Musk admits to what everyone but the folks drinking the Kool-Aid knew - That Tesla was burning through cash at too fast a clip and would likely need a bailout to avoid bankruptcy before it could increase its production volume to a point that generated a stable cash flow.

In the most recent interview, Musk admits that the company was within "Single digit weeks" of "death" when asked how close the company came to disaster. By contrast, on April 3rd, Tesla wrote that the company “does not require an equity or debt raise this year, apart from standing credit lines.”

On April 12th, the publication The Economist published a story saying that Tesla was headed for a cash crunch. Unable to flat-out dispute this, and possibly run afoul of SEC regulations, Musk instead tweeted a reply to the headline, "The Economist used to be boring, but smart with a wicked dry wit. Now it’s just boring (sigh). Tesla will be profitable & cash flow+ in Q3 & Q4, so obv no need to raise money." Now Musk admits that was not the case.

Later, in May, during an earnings call with investors, a time during which the entire point is to discuss formally (and under legal guidelines) a company's financial performance, Musk was again rude and dismissive of direct questions about Tesla's finances. Sanford Bernstein's Toni Sacconaghi asked Musk, "And so where specifically will you be in terms of capital requirements?" Rather than answer honestly, Musk instead said, "Excuse me. Next. Boring, bonehead questions are not cool. Next?"

The next question was from RBC's Joseph Spak, who asked, "The first question is related to the Model 3 reservations, and I was just wondering if you gave us a gauge as maybe some of the impact that the news has had. Like, of the reservations that actually opened and made available to configure, can you let us know, like, what percentage have actually taken the step to configure?" Musk did not answer that line of questioning either and instead said, "We're going to go to YouTube. Sorry. These questions are so dry. They're killing me." Tesla is presently under a Department of Justice investigation related to statements made regarding Model 3 production.

Elon Musk is a very special person. His intellect, vision, charisma, and hard work are deserving of praise. Still, it is hard to argue that lying to investors about cash flow and production volume by a public company's CEO isn't deserving of an investigation over possible fraud charges, regardless of good intentions by a special person.