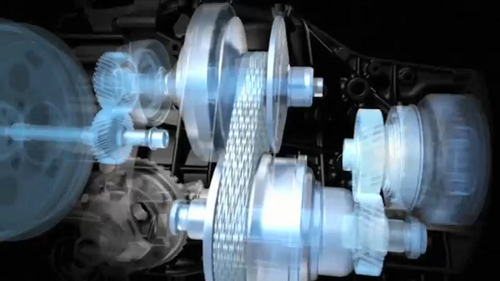 Inspired by a reader question, here is a rundown of all the available transmission types found in passenger cars today.
Advertisement

Transmission choices in new passenger cars have changed dramatically in the past few years. In the past we had the choice between a “standard”, manual transmission with a clutch pedal, or we could get an “automatic.” We all understood those two choices and 99% of us chose the automatic. However, with time, technology changes, and in this case for the better. Even the manual transmission has evolved. Here is a primer for any automotive shopper or enthusiast explaining the basics of the various transmissions available and which manufacturers you will likely see them offered by. This story was inspired by a reader question to Torque News. Sherwin wrote in and asked about the transmission options on the new 2013 Subaru WRX. He did so because his local dealer did not have the knowledge necessary to explain the choices to him in a way he could understand.

Manual Transmission Updates
In order to transfer the rotational power of an engine’s crankshaft to the driven wheels a way is needed to allow the car to start off before the full first gear ratio matches the speed of the engine. A clutch is a frictional plate that allows the engine to mesh with the gears slowly and smoothly. A manual transmission uses the clutch to get the job done. In the past it was pretty simple, just depress clutch, switch gears, let it out and off you go. However, in order to smoothly down-shift, foot and hand gymnastics called ‘heel-toe” shifting had to happen. Nissan put that to bed with its 370Z’s new SynchroRev Match manual that automatically matches the revs on downshifts. If you think purists don’t want that it should be noted that Porsche is now offering the same technology on the 911. More on the 911 below.

Torque Converter Automatics
Another way to transmit the power from crank to wheels is via a torque converter. Also called a slushbox, the torque converter is really a turbine pump that uses the ability to let the engine crank’s torque slip a bit when it is desirable, like at a stoplight, or when shifting from gear to gear. The classic automatic transmission is always the choice for a traffic car, and is now being updated by all manufacturers to have the ability to select the gears via paddle shifters on the wheel. Although it is not as involving as a stick shift, the effect is great for grand touring. It allows the driver to move the transmission up and down the gears to hold revs in the high range for spirited driving. It is also great at braking the car using the engine approaching a corner, particularly in a rear wheel drive, or all-wheel drive car. Look for a system that matches the revs on downshifts here too. This makes the downshifts much smoother.

The recent trend in automatic transmissions is more gears. What started with two forward gears many decades ago has now evolved to six, or even up to nine forward gears in search of better fuel efficiency. Our take is that after six one might as well use a CVT (see below) since the car is constantly shifting for fuel economy reasons anyway.

Dual Clutch Automatics
Dual clutch automatics were invented long ago and they were recently popularized in passenger cars by VW Group. These transmissions are larger and heavier than torque converter automatics, but they are also more efficient, so they save fuel. Even better, when used with paddle shifters they really offer direct control of the car. Although too complicated to fully explain here, the net effect of the design is that the transmission is actually in the gear driving the wheels and also another gear at the same time. Thus, when the shifts are made they are very fast and also direct, meaning there is no slip. For performance cars and super-cars this is the current trend. Porsche has its own design, and this brand which epitomizes enthusiast driving, has found that over 75% of buyers want the dual clutch automatic, known as the PDK, compared to the stick shift. By the way, PDK stands for Porsche Doppelkupplung. Which is why we say PDK.

CVT
Constantly variable transmissions are now the trend for fuel sippers. These transmissions are completely different from typical torque converter units in that there are no gears. Rather, there is a conical drum on which a belt slides that determines the ratios (see photo of a Subaru CVT). Since it is a drum, there is no need to actually “shift.” Therefore there is an efficiency gain in terms of fuel economy. However, done wrong the engine drones and sounds awful. Enthusiasts hate this style of shifting engine speeds. Nissan is now standardizing on the CVT, even putting it into its flagship Maxima and Pathfinder vehicles. Reviews are mixed at best. Subaru, on the other hand, has jumped in with both feet and is now installing CVTs on its WRX sports sedan. To assuage enthusiasts (who are the only ones that buy the boy-racer WRX) Subaru has faked the CVT feel to mimic a six speed automatic. This is like kissing your cousin to many, but if the feeling is the same, should we worry? Frankly, it seems crazy to try to save a fraction of a mpg in a car that is driven aggressively, but Subaru is likely trying to make just one automatic transmission for all its vehicles. Thus, we would suggest that in a performance car with a CVT, one might seriously reconsider the available stick shift. Or another car. In a fuel miser economy car or hybrid we say embrace the CVT. It won’t be the thing you like least about your appliance.

We hope this transmission overview was helpful. Please let us know in the comments section below if you found it useful, or if you have any further questions we can help to answer.

Photo and video courtesy of Youtube.com and BachmanAutoGroup

Nicolas Zart wrote on December 28, 2012 - 3:11pm Permalink
Excellent take on the different types of transmissions. I just drove a 997 and loved it. It is a smart transmission that knows when to let torque out or sheer horsepower. As far as Subaru, I wondered about using a CVT. Seems almost counterproductive to what a WRX should do. My only guess is that they are working on perfecting it.
Tony Passanante wrote on December 30, 2012 - 2:02pm Permalink
Take a look at the NuVinci CVP technology, it offers a new take on a CVT type tranny. Very power dense design.
David Fisher wrote on January 2, 2013 - 6:36pm Permalink
Nice informative article. One thing I'd like to know - how does a CVT decouple the drive train when the car is stationary? Does it need a clutch of some description or does the CVT take care of disconnecting engine drive to the wheels? Thanks
John Goreham wrote on January 4, 2013 - 10:49am Permalink
Excellent question. The large disk to the left in the photo looks exactly like a torque converter. I will research it and update. Thanks
CG wrote on January 13, 2013 - 4:02am Permalink
CVTs use clutches or torque converters.

LG's New EV Battery Plant Is a Welcome News for Tesla
Tesla Giga Berlin's New Hurdle: It's Not Only the Gov't, but Now Tesla Itself
END_OF_DOCUMENT_TOKEN_TO_BE_REPLACED