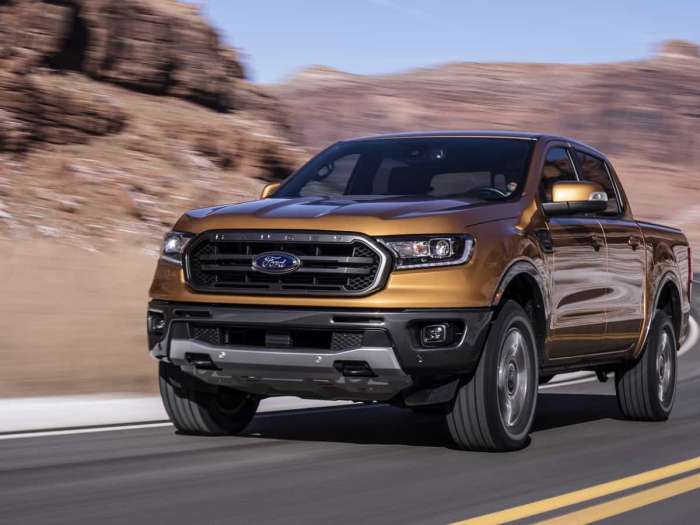 Ford's new 2019 Ranger enters the midsized class starting mid-winter this year. Unfortunately for shoppers hoping to plow with their new Ranger, the truck won't come with a plowing-ready. 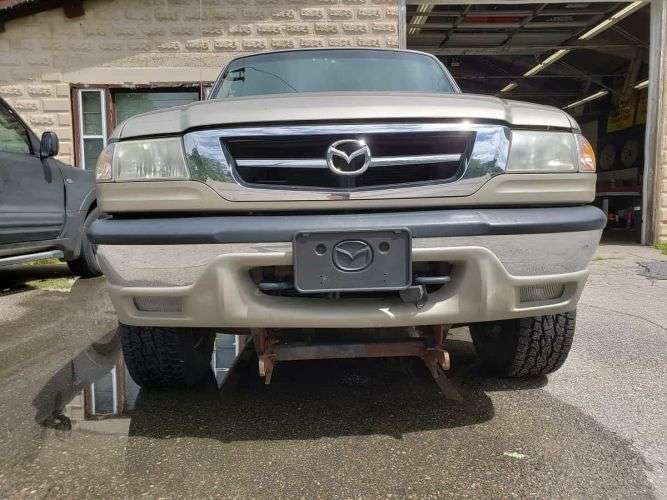 When we first began closely following the Ford Ranger, we asked folks we knew that owned Rangers and similar trucks now what they wanted to know about the new 2019 Ranger. Mark McMullen of G&M Services in Millis, Mass., our go-to source for all things repair, presently owns the Mazda version of the prior generation Ranger. Mark loves his truck and he has it outfitted to plow. He not only plows his own local business, he also plows surrounding homes including one that I own. Mark didn't ask about a V6, didn't ask about a stick shift option, didn't care about the new technology the 2019 Ranger will have. All he asked us to do was to "find out if it will be able to plow."

We turned to our contact at Ford's PR group for help expecting the usual "We don't comment on future products..." To Ford's credit, they did answer. The answer was no on plowing.

Now, this does not mean that a determined and skilled mechanic couldn't find a way to make a plow fit on the front of a Ranger. It means that the truck was not designed to accommodate plowing. Take a look at the image we selected for this story at the top of the page. You can see that adding a plow would not be easy. Plus, there is that voided warranty issue... 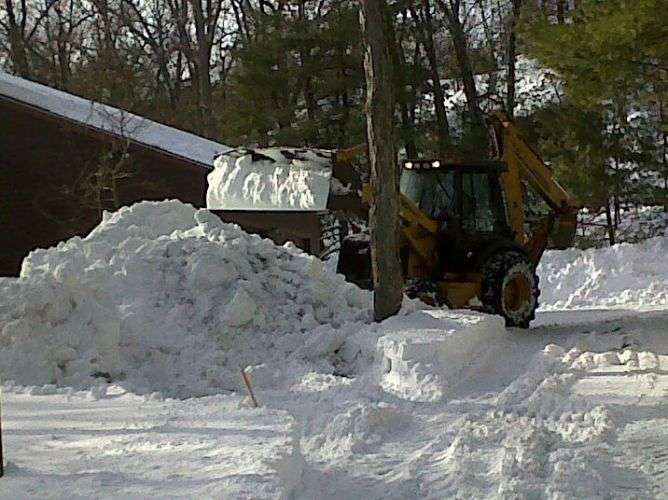 This is an unusual move. In my area of New England, plowing is a necessity and most folks who opt for a truck or any 4x4 want that option. I have neighbors who plow with Jeep Wranglers and others who own not just one, but two plowing-capable machines. Some of my neighbors (who don't farm) even have tractors with plows. I contract with a plow guy and I have a backup plow guy. Plus two snowblowers not counting my small electric one. We had over 100 inches of snow in a span of six weeks a couple winters back. All of that was not enough. We had to use backhoes and bulldozers to clear the snow.

How important to you as a potential buyer of a Ranger would plowing be? Let us know in the comments below.

J. Mooney wrote on August 1, 2018 - 12:45pm Permalink
With regard to the new Ranger, has Ford corrected the fish-tailing that the old Rangers experienced when the vehicle went over bumps?
john mazur wrote on December 14, 2019 - 12:28pm Permalink
Nope i have the 2019 lariat FX4 and the rear end still hops around on bumps. other than that it rides better than any truck I've ever rode in. The problem is they still have leaf spring rear ends and there really isn't a way to get those to stop bouncing like that.
steve disalvo wrote on December 14, 2018 - 11:53am Permalink
Plow is an absolute must.
gary wrote on December 20, 2018 - 10:49pm Permalink
no plow = no sale.
Joe Wolf wrote on December 26, 2018 - 12:37pm Permalink
I have a plow on my 2007 Dodge Dakota that is awesome! Ford needs to add a plow option!!!!!!
Willy wrote on December 27, 2018 - 1:09pm Permalink
How about the new Jeep gladiator? That would make a great plow truck. Any word on it being approved for plowing
Bob DelPivo wrote on February 18, 2019 - 12:46am Permalink
I have a plow on my 2010 Ranger and wanted to take it off and put it on the 2019 Ranger I have on order. I will probably have to cancel the order if I cannot put the plow on it. That is a MUST for me!
Alan Anderson wrote on March 8, 2019 - 9:08pm Permalink
plowing is essential, sorry ford, will look elseware.
Jeff Logee wrote on March 12, 2019 - 3:21pm Permalink
So I bought my 2017, (Feb 2018) Colorado for the reason to put a plow on it for my driveway. I regret getting the Fishers HS plow and not a BOSS or Snow Dogg. But I was looking at the GM mid size or a Tacoma. Both were perfect size for my needs. Without being able to push a small 7.5" plow the truck is a no go for me.
Terry In New England wrote on March 17, 2019 - 6:21am Permalink
I currently own a 2011 Ford Ranger that I outfitted with a Meyer plow. Works very well as I plow a lot of small driveways. Disappointed that the new Ranger will not be able to accept a plow. It’s now more a car than a truck. So sad, I had high hopes as I love the Ranger. Keeping my 2011 until I can’t maintain it any longer.
Frank Christino wrote on October 5, 2019 - 4:28pm Permalink
I am looking to replace my nissan frontier that I plow with now. The first place I looked was ford ranger but they said because of the turbo, the plow would block the intake and cause it to over heat. Looked at f150 and it's bed is way to high! Not even useable. I've been driving full sized trucks sense the 70's and they are out of control. Can't fit in a Toyota tocama so Chevy Colorado might be my only option.
edward moody wrote on December 11, 2019 - 3:08pm Permalink
I have a 2019 chevy colorado Z71 withs 6.8 fisher HS plow and it plows like a dream it will plow any thing anything any half ton will plow and easier because its a little smaller and b\gets around better.
John Goreham wrote on December 11, 2019 - 4:57pm Permalink
Weird on the timing of this. Driving home 15 minutes ago I was behind a new Colorado with a small plow and I thought "That makes way more sense for homes than a big truck." Easier to move around.