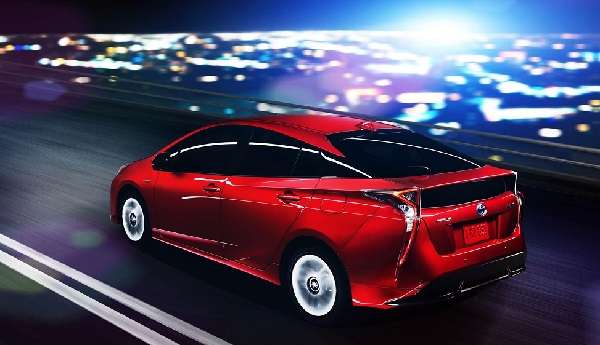 For those with a very limited attention span, here are the highlights of 2016 Toyota Prius drive reports.
Advertisement

The all-new 2016 Toyota Prius will reportedly earn a fuel economy of 52 MPG combined and the Eco version will boast a 58 MPG City rating (pending EPA verification). That, in a nutshell, is what most people mildly curious about the new Prius want to know. Shoppers will want more details about how the new Prius drives. However, for those that don’t want to read through a bunch of lengthy first drive reports that all have the same intro about MPG and specifications, we have compiled four from the most varied publications we could find so you can read the good stuff people are saying. The words under each heading are those of the publication cited. You can click to read the full text of each.

Edmunds November 18th, 2015 -Prius Road Test:
"The new car's newfound adroitness simply makes it drive like a more expensive car, and it's the kind of improvement that's noticeable even in routine driving well below the ultimate limit of tire grip. It's no sports car, of course, but the changes to the rear suspension have produced a real difference you can feel by the seat of your pants every time you drive it."

The Irish Times November 12th, 2015 -Prius Driven on a Racetrack:
"Starting out the car glides away on electric power before flipping seamlessly to its 1.8-litre petrol engine. Into the first few corners and the car feels heavy but well balanced. .. this is a far more refined offering than in the past, poised in corners and impressive through the coned slalom part of the track. Kick down again for a hill climb and battery power joins petrol push to maintain a constant momentum up the hill. The new Prius takes the traditional traits of the hybrid and adds a touch of quality and family functionality to the mix."

The Verge November 18th, 2015 - Autocross Course Test
"Sitting in the driver’s seat gives one a commanding view of the road ahead. Huge windows provide great visibility and a minimalist, center-mounted dash at the base of the windshield provides insights into what the hybrid battery system is up to. It was incredibly easy to add and delete Bluetooth syncs with my smartphone though, which is not always the case."

LeftLaneNews November 20th, 2015 - First Drive (Road Test)
"The steering on the new car is much quicker than it was on the 2015. First, you sit lower in the new car, which helps dampen the sensations imparted by body roll. The seats themselves also hold better, granting a boost in driver confidence…it's a Prius that the average enthusiast won't hate driving. That's a huge victory for Toyota, and a refreshing progression for a model that was once anathema to anyone with any affection for the driving experience."

Analysis:
All fair reviews have both positive and negative opinions stated. That is the point. Our reading of the initial wave of first-dives from a wide variety of publication types is that the new Prius is a significantly improved vehicle. Quite a compliment given that it is the most popular car in its segment in the world.