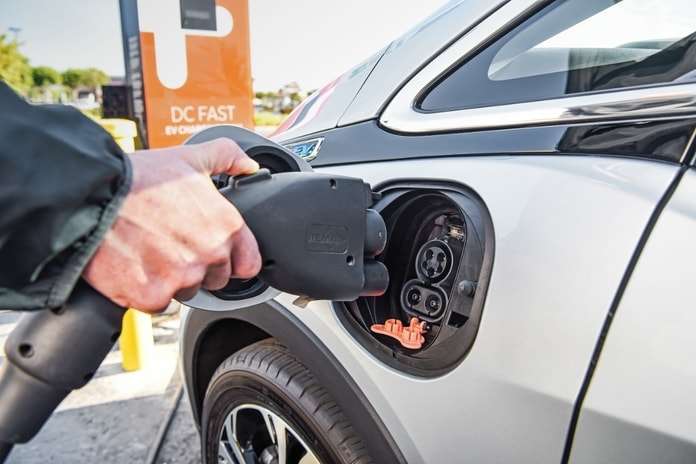 The Chevy Bolt is the one to watch this year, but the Prius Prime continues to put up strong numbers. The surprise isn't the Model 3.
Advertisement

October was a big month for electric vehicle sales in the U.S. The Chevy Bolt looks to be the big winner with over 2,000 units sold for the third-straight month. Tesla's Model 3 is again the big loser with estimates at "low three figures."* The Toyota Prius Prime is solidly in second place with over 1,600 units sold. As usual, after a good shipping month, Tesla did little to inspire anyone hoping its production woes were behind it. The Model S was outsold by a minivan and the Model X didn't break 1,000 units.

The minivan that outsold every Tesla model is the new Pacifica plug-in hybrid. The Pacifica is unusual in that, although it is a plug-in hybrid, it has a huge battery capacity and qualifies for the full $7,500 federal tax break and maximizes state rebates as well. With 1,175 units sold in October, the Pacifica is shaping up to be the top-selling minivan in America and may even pass the Model X minivan from Tesla once its production is fully up to speed.

Ford and BMW had not reported sales results as of the writing of this story. Since they typically don't break into the top five for EVs sold in any given month, we will report on Ford and BMW only if there is unusual news going forward.

Despite all the fanfare over the Nissan Leaf and its new model, Nissan sold just 213 units of the Leaf in October. This is almost certainly due to poor production planning and a changeover from the now definitely obsolete 2017 Leaf to the arguably also obsolete new Nissan Leaf just launched with a range that does not keep pace with Bolt and Model 3.

We will report separately on the disaster that is the Tesla Model 3 launch after more facts are available in the coming days. As far as we can tell, Tesla missed its goal by a dramatic amount and may still be shipping just 10% of its promised volume to customers with reservations (who are also Tesla's own employees for the most part).

*Tesla Model 3 Estimate Per Inside EVs.

Wendell wrote on November 1, 2017 - 6:27pm Permalink
Here is why I like my Chevy Bolt. It's the best engineered car I’ve ever had (last was The Ultimate Driving Machine). One-pedal driving except in extremis. Dusting so-called performance IC cars.
Frank wrote on November 1, 2017 - 6:28pm Permalink
I like my Bolt too because I can charge it off the wall outlet in my garage overnight, great visibility from the driver’s seat, and plenty of legroom in the front seats.